Carro Matto and the Grape Harvest

Every year at the end of September, visitors in Florence will get to experience the arrival of the Carro Matto in to town from the nearby wine producing area of Chianti Rufina. Literally translated as “crazy cart”, the Carro Matto is pulled by a pair of white oxen and accompanied by a parade in historical costume, drums, flag throwers and even a cannon! 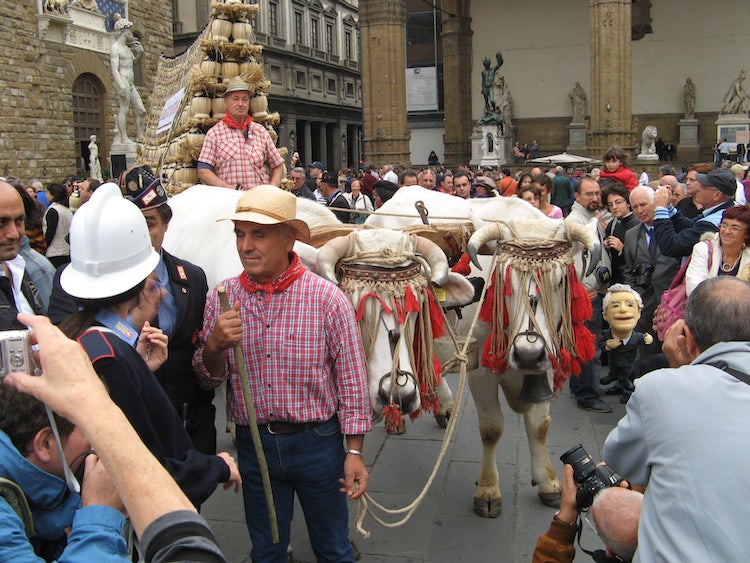 Early in the day, we have found the Carro sitting near Piazza Duomo but the main events start around 3:30pm. It makes its way to the Palagio di Parte Guelfa and, from there, heads back to the Piazza del Duomo where it gets a blessing before continuing on down Via Calzaiuoli, making a stop in front of the Church of San Carlo dei Lombardi and ending in Piazza della Signoria (arrival there by around 5pm). There is then exhibitions by the Corteo Storico della Repubblica Fiorentina and by the flagthrowers Bandierai degli Uffizi. 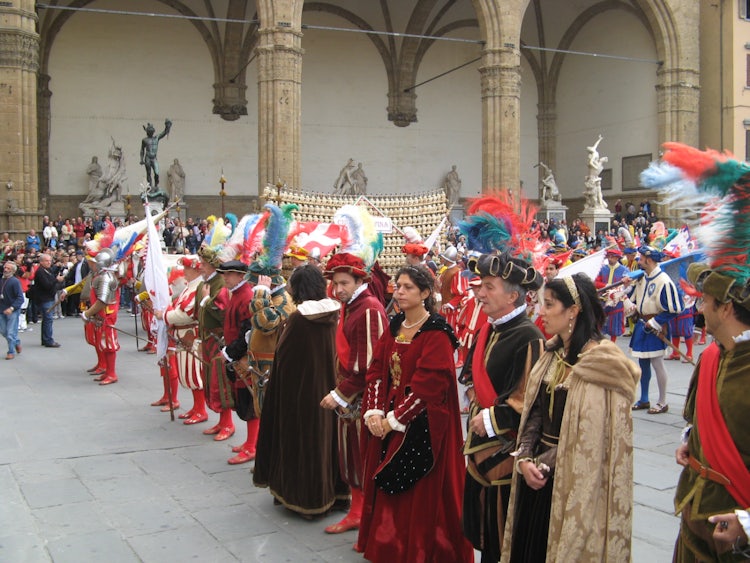 So what is this event with the crazy cart? Today, it celebrates the centuries-old Tuscany tradition of wine-making but it also reconstructs how wine arrived into town. Since the 14th century, wine was bottled and conserved in glass bottles called “fiasco” that have a round, pear shaped bottom and long neck. They are the round wine flasks that became a symbol of Tuscan wine across the world. They hold precisely 1 3/4 liters of wine and were made and kept in the center of Florence: the corner of Via Condotta with Via dei Calzaiuoli was known as the “Canto dei Fiascai” because many artisans had their workshops or warehouse in the area.

The “fiascaio” or bottle maker made the glass bottle as well as the straw covering that is braided around the bottom half to protect the glass from breaking as well as serve as thermal isolation to maintain the quality of the wine. 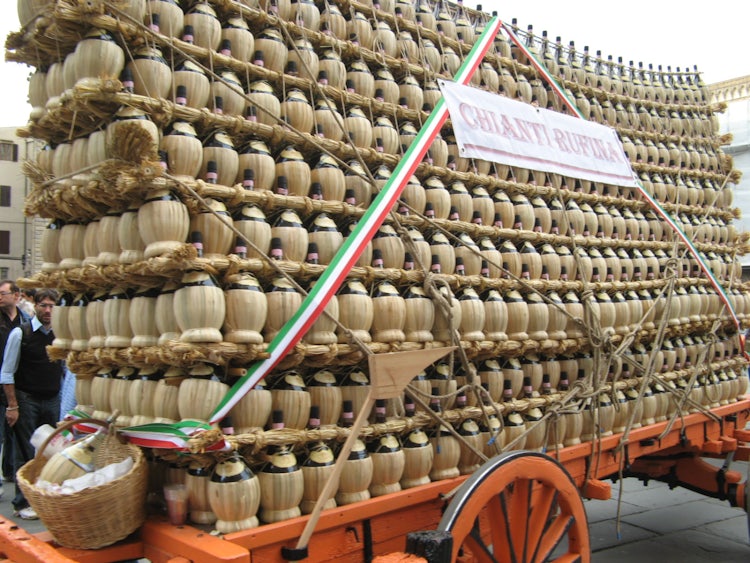 While the bottles were made in Florence, the wine was made outside in the countryside and the “crazy” cart shows how the bottles were masterly weaved into a pyramid to safely transport them where they were needed. There are over 2000 bottles on the cart, and really only a few back then as well as know have the knowledge to create this masterpiece of architecture. So when the cart arrived from the countryside with bottles full of the new wine of the year, there was much cheering and welcome.

During the Floretine Republic, it became a tradition for the first cart of the season to be taken to Piazza della Signoria, stopping in front of the church on Via Calzaiuoli for a blessing, and the rulers of the city to receive the first bottles of wine. It is this tradition that is now reenacted every year at the end of September by the City of Rufina, to the northeast of Florence.

Since 1973, Rufina celebrates its local wine with a week-long event with local artisans, music and ample amounts of wine called “Bacco Artigiano”. After a few years, the town decided to start again the tradition of the Carro Matto's arrival into Florence. If you head out toward Rufina on Sunday (the day after the Carro Matto is in Florence), several wine estates will be open for tastings and visits. Rufina is the only Tuscan town that has maintained the ability of building the Tuscan wine flasks into this pyramid so seeing it if you're in town is a must!

You can see more pictures of the Carro Matto in Florence and in Piazza della Signoria here. 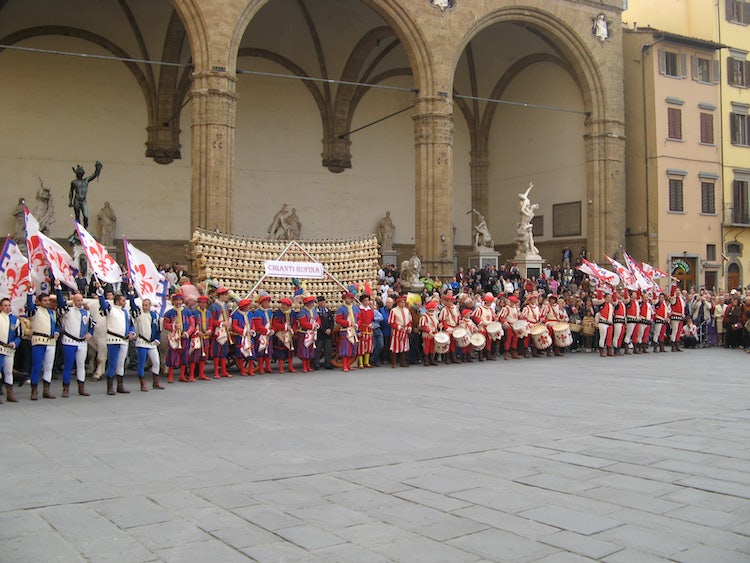 from Palagio di Parte Guelfa through Via Calimala, Via Roma, Piazza Duomo, Via Calzaiuoli to Piazza della Signoria