The Roman Heart of Florence 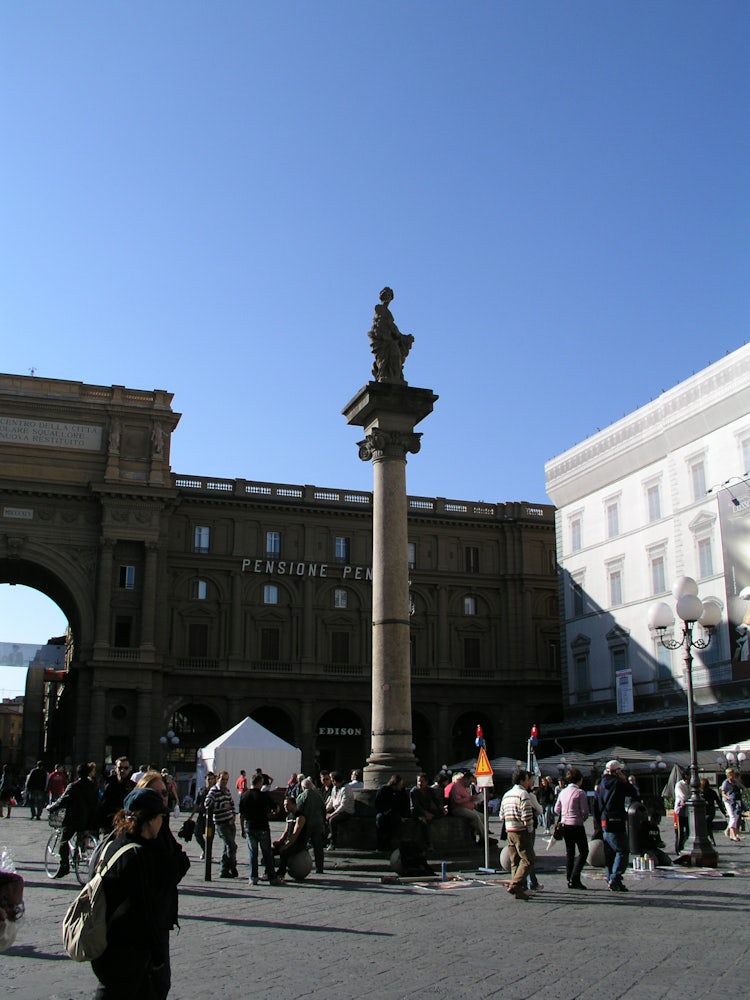 Piazza della Repubblica is one of the main squares in Florence and marks the center of the city since Roman times. The Colonna della Dovizia or also known as the Column of Abundance marks the point where the cardus and decumanus maximi met and where the Roman forum stood. The present column dates to 1431 but the statue on top is a copy and the original is visible at the bank Cassa di Risparmio in via dell'Oriuolo.

During medieval times the area around the column was densely populated with markets, tabernacles and churches...it was the center of the city. It was the location of the market and the Jewish Ghetto, who were obligated to live here by Cosimo I. Stories tell us that the column once held a bell, which was rung where pick pockets were found to be roaming this once busy market square to warn the shoppers to be careful.

Through the centuries the square managed to retained its medieval look up until the 18th century when the town council decided to widen the square and "clean up" the center. Medieval towers, churches, workshops, homes and original seats of the some of the Guilds were destroyed. One can see how the square looked at that time through prints and paintings housed at the museum Firenze com'era (Florence as it was). Sadly, its present rectangular form and architecture reflects the result of the urban "clean-up period" Florence went through during its time as capital of Italy (1865-71: another sad destruction of the period was the tearing down of the 13th century walls that surrounded the city to make way for a wide boulevard). 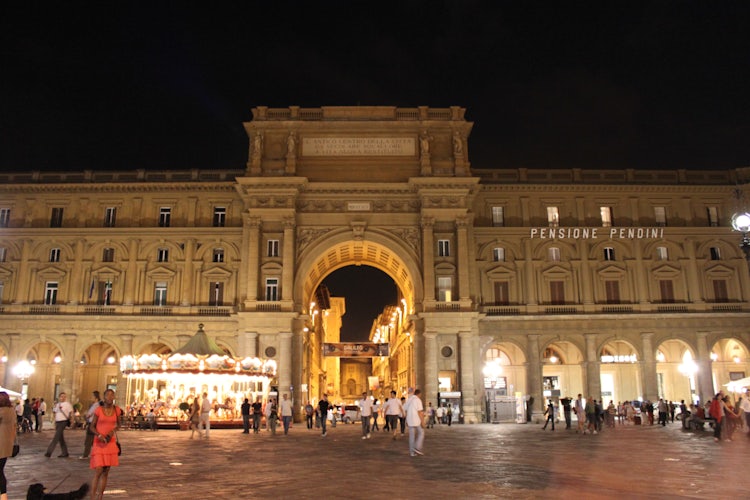 The square today doesn't even look like it did even just 150 years ago! For example, the square originally displayed a large bronze equestrian monument to King Vittorio Emanuele II, now located in the square named after him at the entrance to the Cascine Park. The Arch of Triumph also housed several allegorical statues created in clay which were not replaced once they quickly wore down.

The square today is an impromtu stage to street artists and shows, particularly after sunset. Piazza della Repubblica is home to the historical Caffé Gilli, Caffé Paskowski and Caffé delle Giubbe Rosse which were meeting points for many of the city's artists and writers in the past. Also facing onto the piazza are the Hotel Savoy on Via Roma and the central Post Office, located under the arches of the portico that extends to each side of the Arch of Triumph.  Another modern icon, who has taken up residence on the outer edges of the square is the Hard Rock Cafe, who frequently hold concerts and parties under the portico. 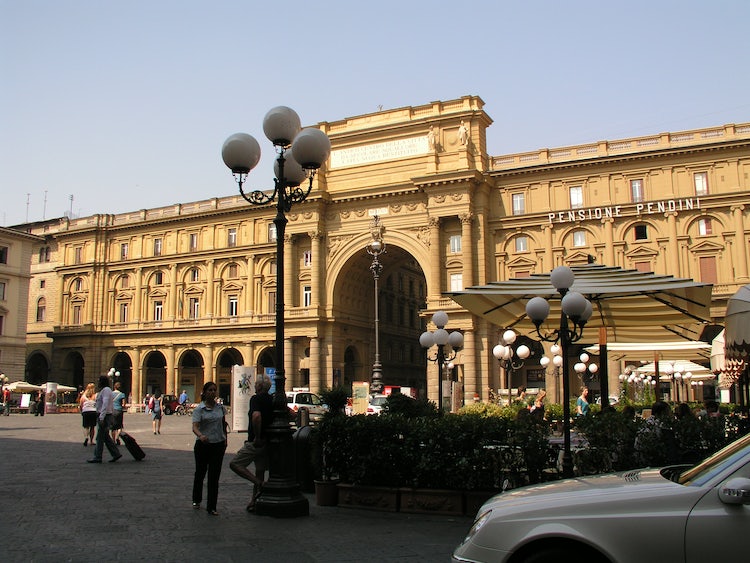