Getting to Florence by train

The city's main railway station is Firenze Santa Maria Novella (abbreviated as Firenze SMN). Situated in the city center, it is conveniently close to the major tourist attractions as well as to the main exhibition and trade centers. The station area is also the principal node for buses serving the city and the surrounding area (see Moving around by bus).

The second most important station is Firenze Campo di Marte which is being used increasingly for national and international train services. The Campo di Marte train station is just outside the main road ring (boulevard) that surrounds the historical city center (the viali circonvalazione) and is next to the city's Artemio Franchi stadium, where Florence's soccer team, Fiorentina, plays its matches.

There are many more but smaller train stations in Florence which include Firenze Rifredi, Firenze Porta al Prato, Firenze Castello, Firenze Rovezzano, Firenze Statuto, Firenze San Marco Vecchio... the Rifredi station is the third largest station and is near the Careggi Hospital and many trains from the Lucca line might have a change-over there to get to Firenze SMN. In general, coming from other Italian cities, you'll want to arrive to Firenze SMN.

For timetables and tickets, visit www.trenitalia.it/ as well as www.italotreno.it

The TRAM line from Santa Maria Novella takes you to Scandicci, passing through the Cascine Park and over the Arno. The tram is a great alternative to buses traveling to the same area as it isn't blocked by traffic at peak traffic hours.

If you're in Florence for the day or a few hours, you can leave your luggage at Santa Maria Novella: there is a baggage deposit service along track 16, to the far right if you're facing the tracks (with the stores within the station at your back). Just go past the McDonald's, as shown by the map below. Services are provided by Ki Point and hours are 6am to 11pm open everyday, cost per piece of luggage is 6 euro for the first 5 hours and 0,90 cents for every additional hour between 6-12 hours and 0,40 cents for every hour over the first 12 hours. 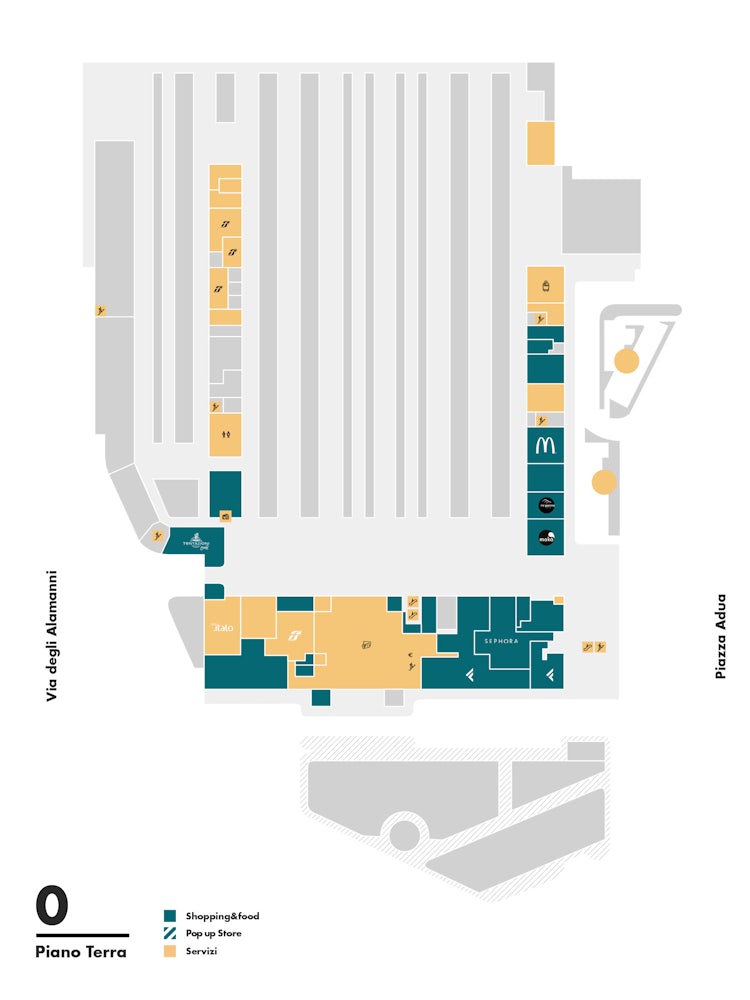 If you're not yet ready to leave Florence at the end of your stay and are not super close to the train station and want another option for leaving your luggage secure, you can use the new luggage storage lockers near Ponte Vecchio. The Luggage Point has a small center with automatic lockers that are open from 8am to 10pm (except Mondays when it closes at 7pm) just off Via Guicciardini (the street that goes from Ponte Vecchio toward Palazzo Pitti). Each locker can fit up to 4 medium-sized suitcases and costs €2,50 per hour, up to a max of €15 for a day. For more details, check out their site here.

Getting to Florence by Car

Useful information on roads and parking for...

Getting to Florence from Milan

Find how to organize your trip from Milan to...

Information on the bus pass needed by coach...

General information on coach companies that...