Inside Florence's Cathedral, the Duomo

Florence's cathedral stands tall over the city with its magnificent Renaissance dome designed by Filippo Brunelleschi, with the baptistery right across. The cathedral named in honor of Santa Maria del Fiore is a vast Gothic structure built on the site of the 7th century church of Santa Reparata, the remains of which can be seen in the crypt. 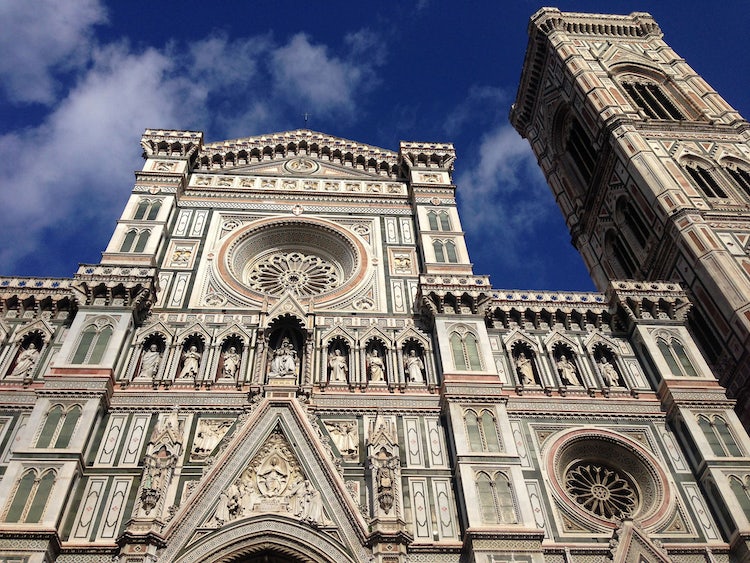 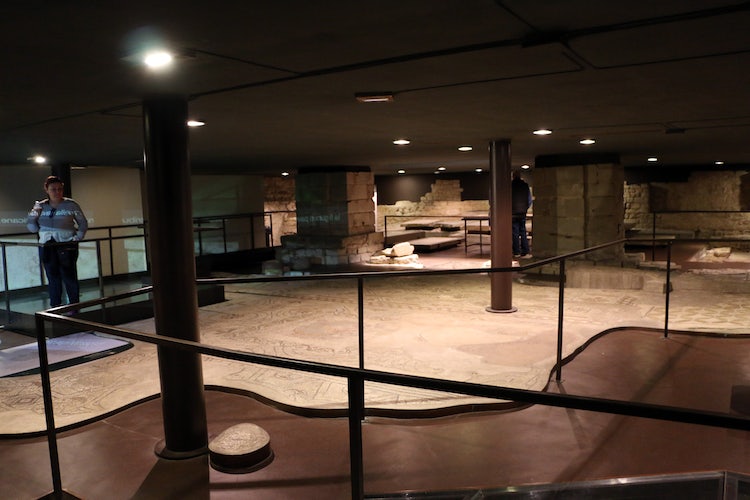 The cathedral was begun at the end of the 13th century by Arnolfo di Cambio, and the dome, which dominates the exterior, was added in the 15th century on a design of Filippo Brunelleschi. A statue to each of these important architects can be found outside to the right of the cathedral, both admiring their work for the rest of eternity. Can you imagine it took two centuries for the cathedral to be deemed finished? 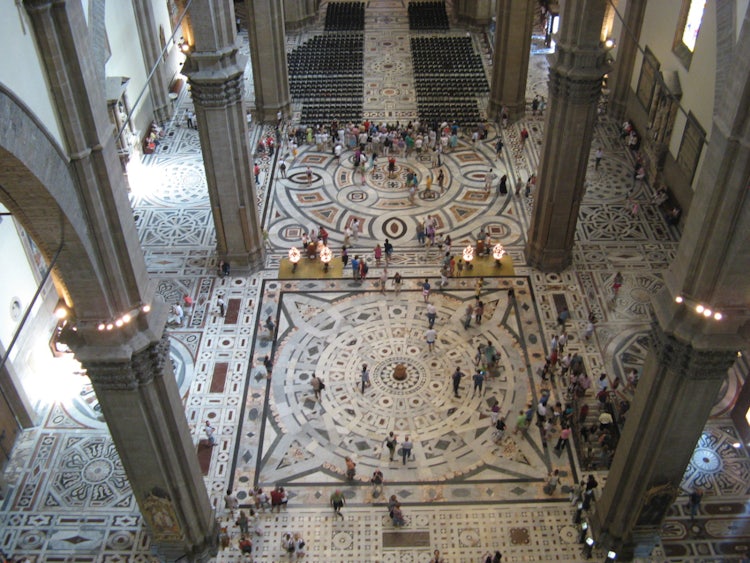 Florence's cathedral is the 4th largest in the world, after St. Peter's in Rome, St. Paul's in London and the Duomo in Milan.

The church was consecrated as soon as the dome was in place although the façade (front of the church) was only half finished by then. It was considered just a decoration, and thus remained unfinished up until the 19th century. At that point, it was actually redone by the likes of the time and finally finished - which is what you see today, in the top photo.

The exterior is covered in a decorative mix of pink, white and green marble. The interior, by contrast, is pretty stark and plain but quite enjoyable on warm summer days since the temperature inside tends to be cooler. The mosaic pavements are certainly its main attraction within, which you can see in the photo above, aren't they spectacular? They look like mosaic carpets. 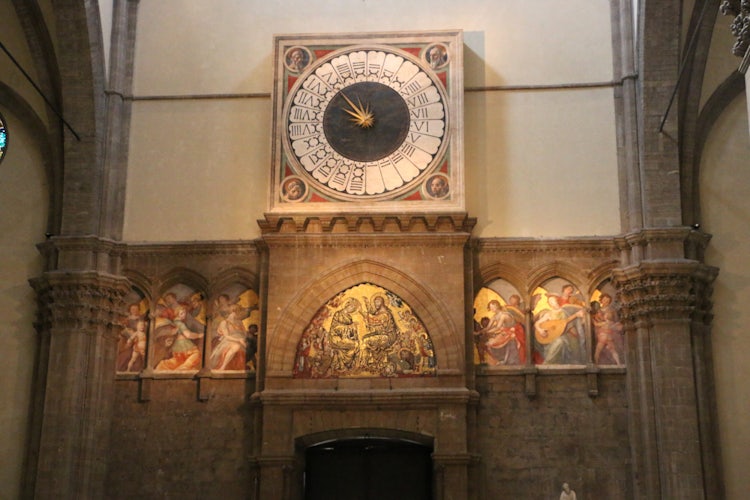 Please note the clock above the entrance on the inside of the church. It was designed in 1443 by Paolo Uccello in accordance with the ora italica, where the 24th hour of the day ended at sunset... and it still works! 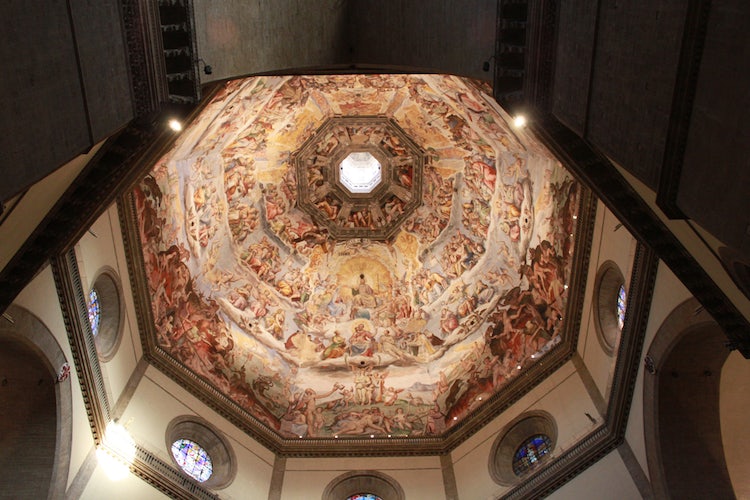 The biggest artwork within the cathedral is Giorgio Vasari's frescoes of the Last Judgment (1572-9): they were designed by Vasari but painted mostly by his less-talented student Federico Zuccari by 1579. 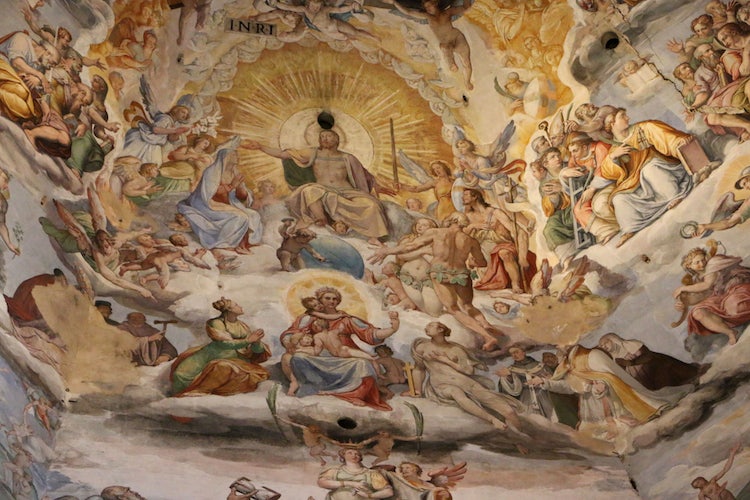 You should also pay attention to the 3 frescoes alongside the left nave of the cathedral: Dante Before the City of Florence by Domenico di Michelino (1465) which is especially interesting because it shows us, apart from scenes of the Divine Comedy, a view on Florence in 1465, a Florence such as Dante himself could not have seen in his time; the Funerary Monument to Sir John Hawkwood by Paolo Uccello (1436, the one on the left below) and the Equestrian statue of Niccolò da Tolentino by Andrea del Castagno (1456, the one on the right). Both frescoes portray the condottieri as heroic figures riding triumphantly. Both painters had problems when applying in painting the new rules of perspective to foreshortening: they used two unifying points, one for the horse and one for the pedestal, instead a single unifying point. 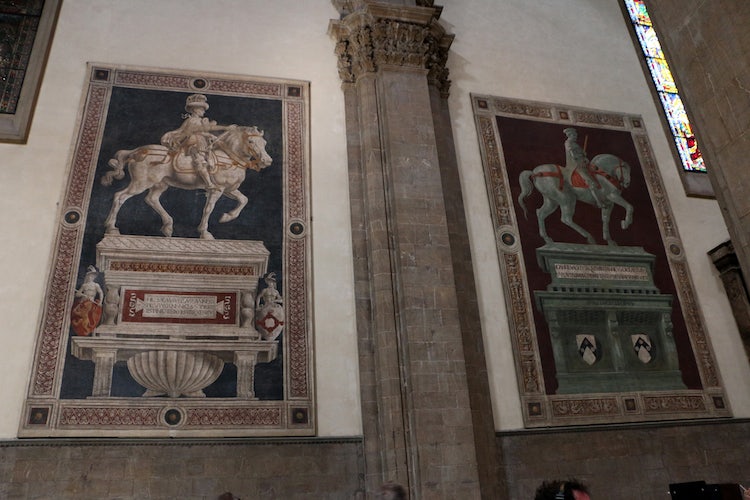 Visiting the cathedral: do you need tickets for Duomo or is it free?

No, entrance is free! You do have to buy the single "Grande Museo del Duomo" pass to visit the other monuments in Piazza del Duomo (climb up the Dome and the bell tower, the Baptistery and the museum).

For this reason, you'll at times find a long line to get in into the cathedral. Don't worry, the line moves pretty quickly! But in an effort to reduce the line, the cathedral administration is trying to increase the number of visitors allowed at any one time into the church as long as noise level remains low. The solution has been to require any group of over 4 visitors to rent either the radio or audio guides (cost is 2-2,50 euro per person) so that the level of noise inside the church remains low and larger amounts of people can be allowed inside at any one time. Large groups of students will receive 50% discount on the cost of the audio guide. If you're with a tour group, you'll likely already have the earphones and don't have to worry about this recent change.

Another way to visit the Duomo is to do so with a tour guide, who can get you into special areas and fill you in on all the details, legends and curiosties within.  One of our favorites, included an exclusive visit to the roof top terraces.

Climbing to the top of Brunelleschi's Cupola

Don't forget to climb up to the very top of the cupola: read more details here. 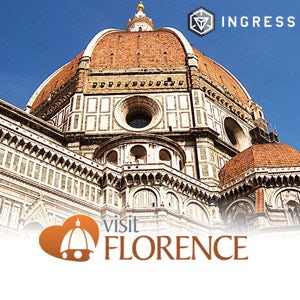 When you play our mission around the Duomo, Baptistery and belltower you'll earn our badge!

View our beautiful photos of the Dome and Florence's cathedral! » 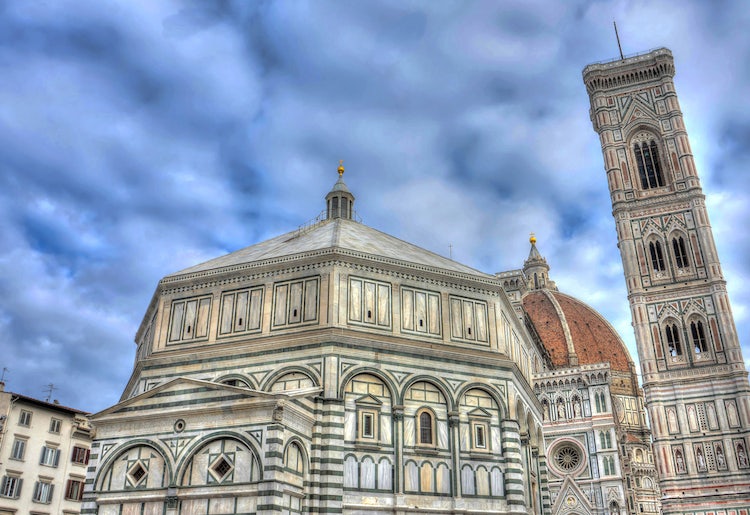 Piazza Duomo, entrance from front door on the right side

Free entrance (all of the other monuments around the cathedral require a ticket sold as a single pass to visit all of them)
Entrance is through left door facing the facade
Disabled access through the Porta dei Canonici (south side, around the bell tower)
Audio guide rental available inside

Generally open from 10.45am - 4.30pm
Sundays and religious holidays: closed

NOTE: As a religious site, wear appropriate, respectful clothing. You won't be allowed inside if you're wearing short shorts, tank tops, sandals, hats or sunglasses. Access to the Dome, the bell tower and the museum is not allowed with bulky bags and backpacks. The cloakroom is located at the ticket office of the Museum Opera del Duomo.