Save the Date for these Events

Monuments aren’t the only reason to visit Florence, there is also a great and ever-changing selection of temporary exhibits across the city, at major museums, private museums, and galleries.

Of course, Florence isn't the only place in Tuscany that features interesting exhibits of art, archeology, and design! Check out Pistoia, Siena, Empoli, Lucca, Pisa and more. Check our calendar for exhibits throughout Tuscany for 2019 that you won't want to miss while touring the region.

Combine the fabulous art of Florence with a program of events and activities that will help introduce you to this wonderful city, click the month below to stay updated on the latest news.

Below are the highlights of some of the exciting shows available to the public in Florence, be sure to include at least one in your itinerary!

Author's Note: This article was last updated on February 17, 2020, to make sure we're giving you up-to-date info, if the dates have not yet been announced then we indicate TBA (to be announced). If they have not yet been posted keep checking in with us...or better yet, write us on the Forum 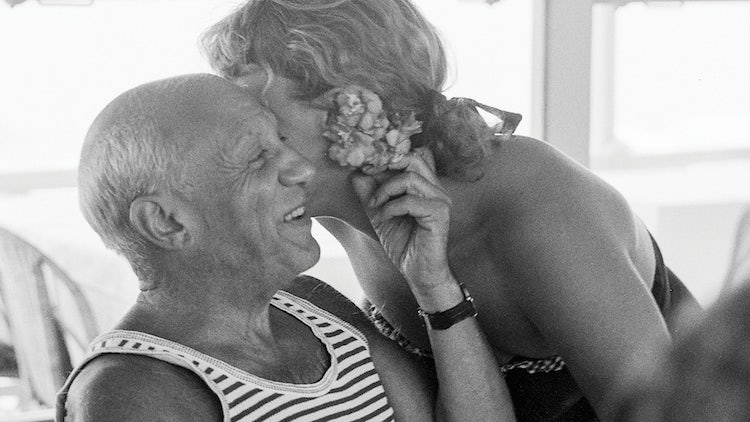 The theme was chosen by the city of Florence to celebrate the genius of the Spanish Master: A look at the artist and his relationship with the female world through the shots of one of the most successful photographers of the twentieth century. Quinn became one of the few photographers who was allowed to photograph him during his work and who was accepted in his private life. The exhibition presents about eighty photos that tell the story of an intimate and private Picasso, revealing, in particular, its complex relationship with the female universe: the master is portrayed among his women, lovers, and friends, among his children, the fruit of many passions. 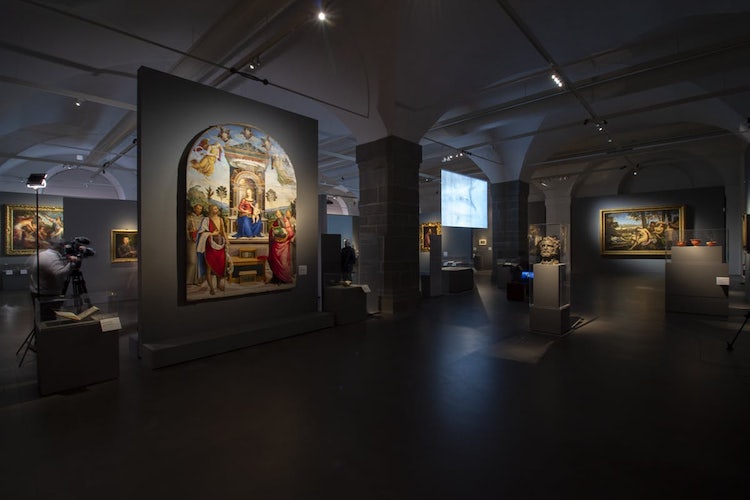 Roughly a hundred paintings, sculptures, examples of the applied arts, tapestries, miniatures, and printed books reconstruct the world of Pietro Aretino (1492–1556), a great thinker of the 16th century. His portrait in the Galleria Palatina is one of the masterpieces of Titian, famed for his depictions of popes and emperors, no less. Pietro Aretino lived and produced his writings at a pivotal moment for Italian history and art: the age that witnessed the triumph of Michelangelo and Raphael in Rome and the dissemination throughout Europe of the culture that developed amid the pomp and splendor of the court of Popes Julius II, Leo X and Clement VII in the first three decades of the 16th century.

The exhibition illustrates the coffered wooden ceilings known in the Renaissance as "Heavens". At once both constructional and ornamental elements of the interior space, these ceilings are a compendium of technique, art, and symbolic representation, bringing Classical culture up to date in the renovation of churches and palazzi that swept Florence and Rome in the 15th and 16th centuries. 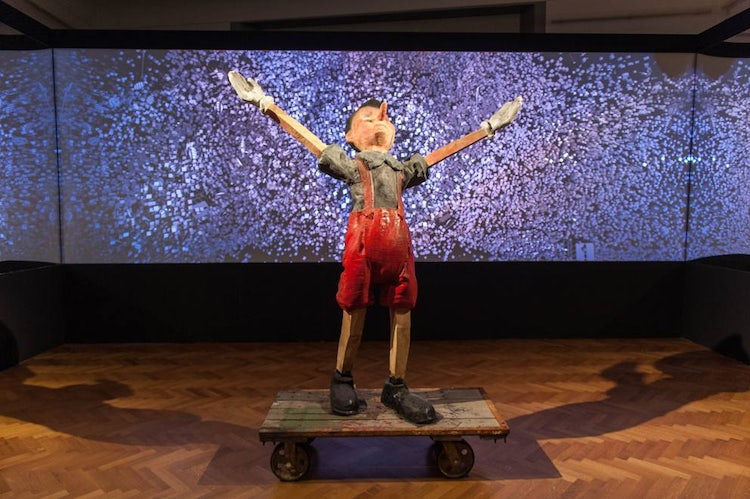 An exhibition dedicated to Collodi's favorite creation: a wooden puppet. Pinocchio is a universally known symbol of Italy and Tuscany. From Giacometti to LaChapelle, from Munari to Paladino, from Calder to Ontani, from McCarthy to Venturino Venturi, the wooden puppet has marked, not only the collective imagination but, also the all-round art, which is the protagonist of this exhibition.

memories of the first Grand Duke

On display you will find a collection of unpublished masterpieces from prestigious private collections: Bronzino, Ligozzi, Selvi, Haelwegh and for the first time memorabilia linked to the coronation of the Grand Duke.

Beauty in fashion & clothing of the 1600s 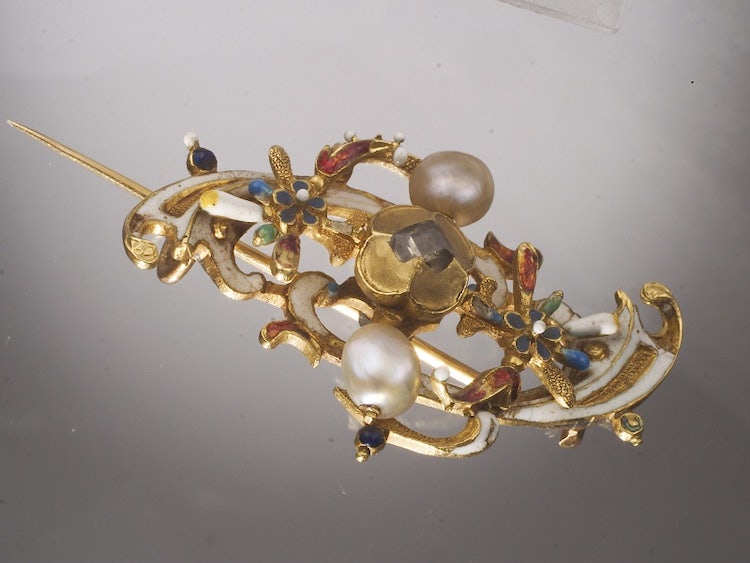 The exhibition shows, for the first time, an extraordinary graphic collection of patterns for lace and embroidery, dating back to the first half of the seventeenth century, and recently acquired by the museum. Follow these designs on a fascinating exhibition dedicated to the theme of fashion and costume, in which the visitor will be able to appreciate the elegance and refinement related to seventeenth-century clothing, through a careful selection of paintings, sculptures, jewelry, books, clothing, and sumptuous accessories.

Footwear from Classical times to the modern era 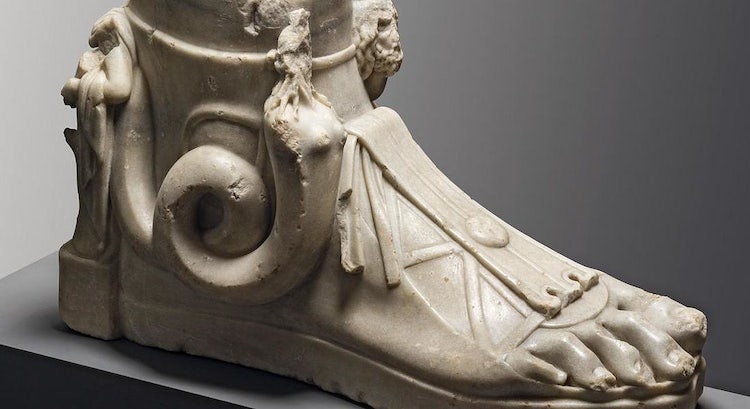 At the Feet of the Gods - an exhibition explores the history, social role and symbolic value of footwear from Classical times to the modern era. In the Greek world, for example, the thickness of sole, color, and adornment were features that allowed people to identify the wearer's status. The exhibition illustrates the main types of footwear in use in the 5th and 4th centuries BC with finds from archaeological digs in northern Europe, while depictions on reliefs, figured vases and statues fill out and expand on the archaeological evidence. 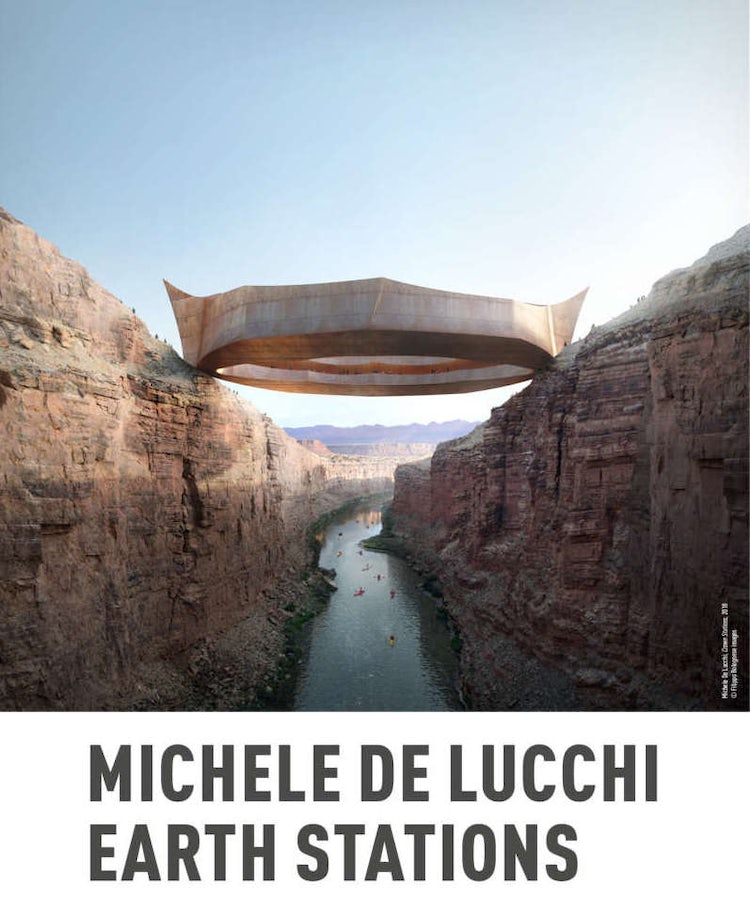 A research project born in 2018 focused on the evolution of the concept of function in architecture and on the need for representative symbolic buildings. Rethinking the social sense of the building is a thought that for De Lucchi comes from afar. Already in the book "12 tales with houses" De Lucchi imagines an architecture inserted in a series of landscapes with the aim of communicating hope and optimism. The Earth Stations system was born from the analysis of building projects that mix distinct functions, which already exist and which we call “Here and Now”.

If you're fond of art, this article will guide...