Death of tourist in Santa Croce leads to closure

It is with great sadness that we share the news of the death of a 52-year-old tourist from Spain visiting the Basilica of Santa Croce this past Thursday. Italian wire service ANSA reports that Daniel Testor Schell, from Barcelona, was hit on the head by a piece of falling masonry that had supported a beam in the right transept of the church. He was reportedly killed instantly on impact. The church is closed indefinitely.

ANSA reports that the square piece of stone, which was about 15 cm in diameter (6 inches by 6 inches), fell from a height of around 20 meters (65 feet) as confirmed by an expert from Florence’s artistic superintendency office.

Daniel and his wife were visiting the Basilica of the Holy Cross, Florence’s main Franciscan church and one of the city’s most visited tourist sites. The church serves as the burial ground for Michelangelo as well as other famous Italian historical figures including scientist Galileo Galilei and philosopher and writer Niccolo Machiavelli.

Medical teams rushed to the church but were unable to revive Schnell. Authorities continue to check the stability of the Gothic-era church which is now closed to visitors. The expert have said there are no known “critical elements” in the church, which was “subject to periodic checks”. 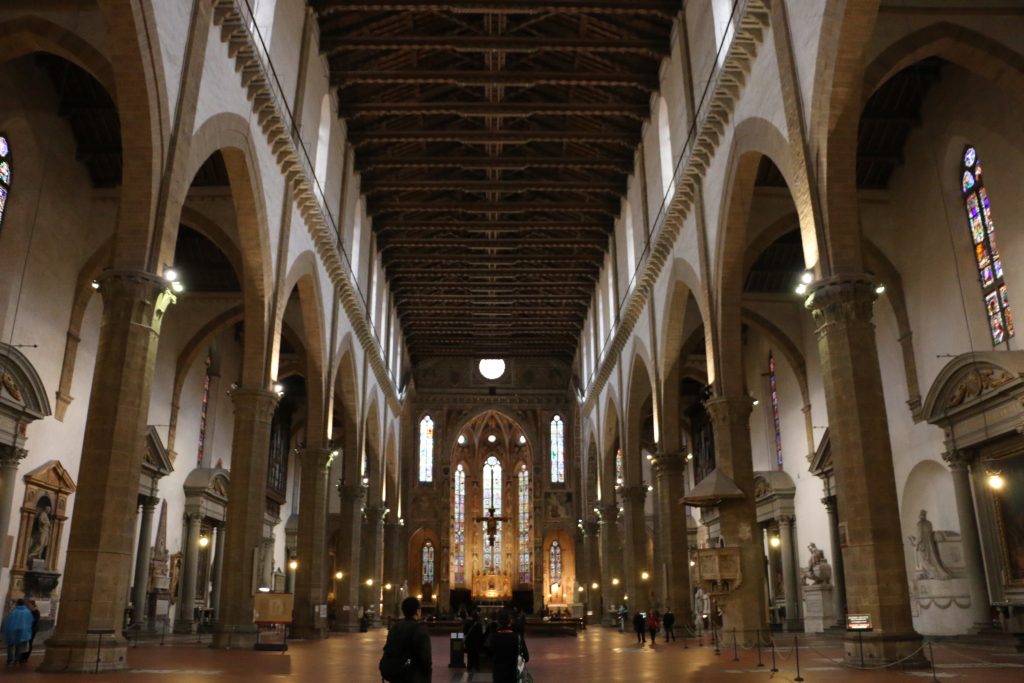 Florence prosecutors opened a culpable homicide probe in the case, saying it was a “due act” in view of the autopsy. Three heads of the Opera di Santa Croce conservation agency are now under investigation for manslaughter: Opera President Irene Sanesi, Secretary-General Giuseppe De Micheli and technical chief Marco Pancani. A fourth person was added today, the owner of the company that was responsible for the maintenance of that particular section of the church, Laura Mannucci, which seems to have been carried out a few years ago.

Italian Culture Minister Dario Franceschini said the criminal probe would find out how and why the stone fell off. “There will be an investigation by magistrates to understand how this dramatic fact happened and whether there are responsibilities over maintenance,” he said. He added that he had immediately contacted his ministry to establish the “chain of competence”.

The president of the Opera di Santa Croce conservation agency, Sanesi, said “We are distraught and we express our condolences to the victim’s family. We are at the complete disposal of the authorities, to understand what happened”.

She went on to say “it still is not known when the Basilica will be able to reopen to the public. There is a multi-year plan for maintenance, restoration and prevention, drawn up in collaboration with the civil protection department. For this very reason, for all the work that has been done in a constant way over the years, we are really stunned and bewildered by what has happened and we ask ourselves how it could have happened”.

Florence Mayor Dario Nardella expressed the city’s “deep sorrow for the accident in the Basilica di Santa Croce where the Spanish tourist lost his life.”

We add our condolences to Daniel’s family for their loss. Words cannot express the surprise and shock we ourselves have felt since we learned of this tragic event on Thursday. We go about our days in this city, exploring and admiring the many historical locations that attract us and millions on visitors every year to this city. We trust and depend on the professional work of those responsible in checking the soundness of these monuments so we sincerely hope that the probe into this case finds that if there is someone responsible for such a senseless accident and death that action will be taken.

For now, the church remains closed: it had not been closed since the flood of 1966. 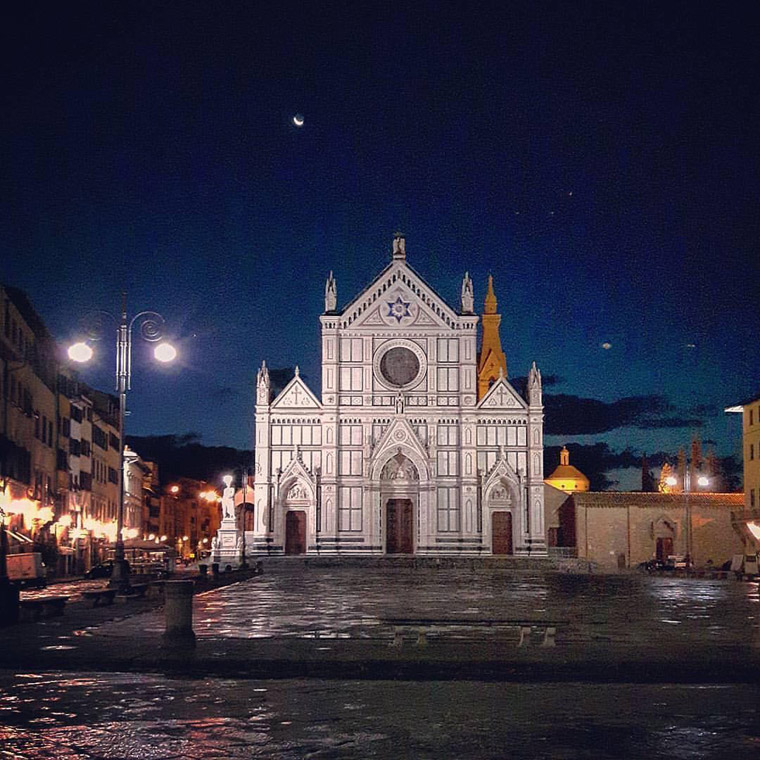