Finally, the new tram line T2 Vespucci opened today! For the official inauguration today, even the President of Italy Sergio Matarella made an appearance at the Peretola airport at 12pm. The first trains open to the public started at 2.30pm. 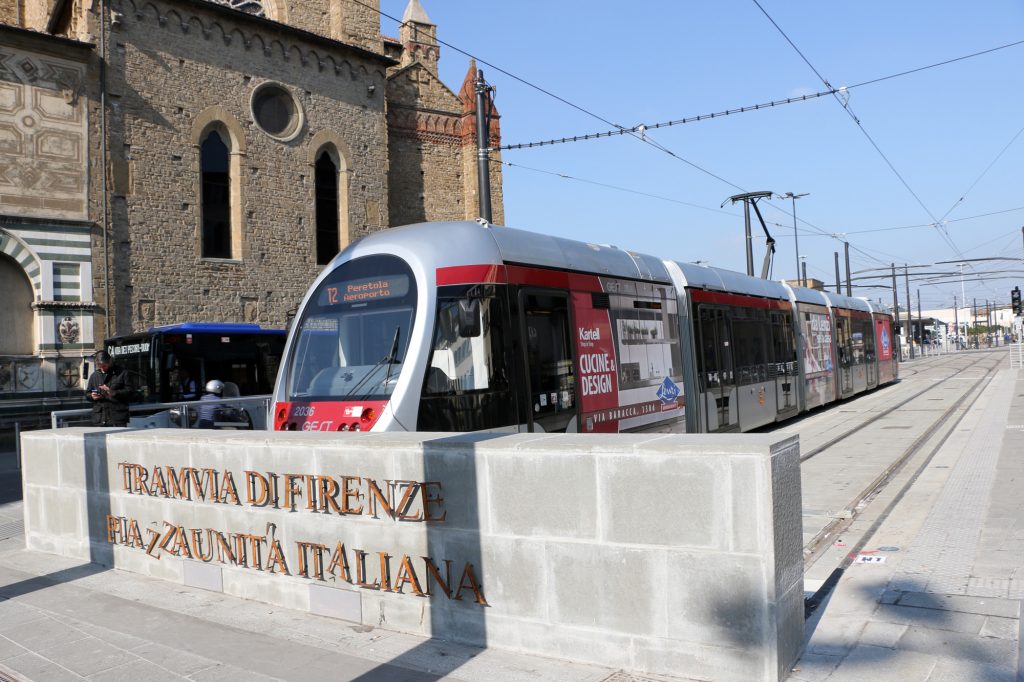 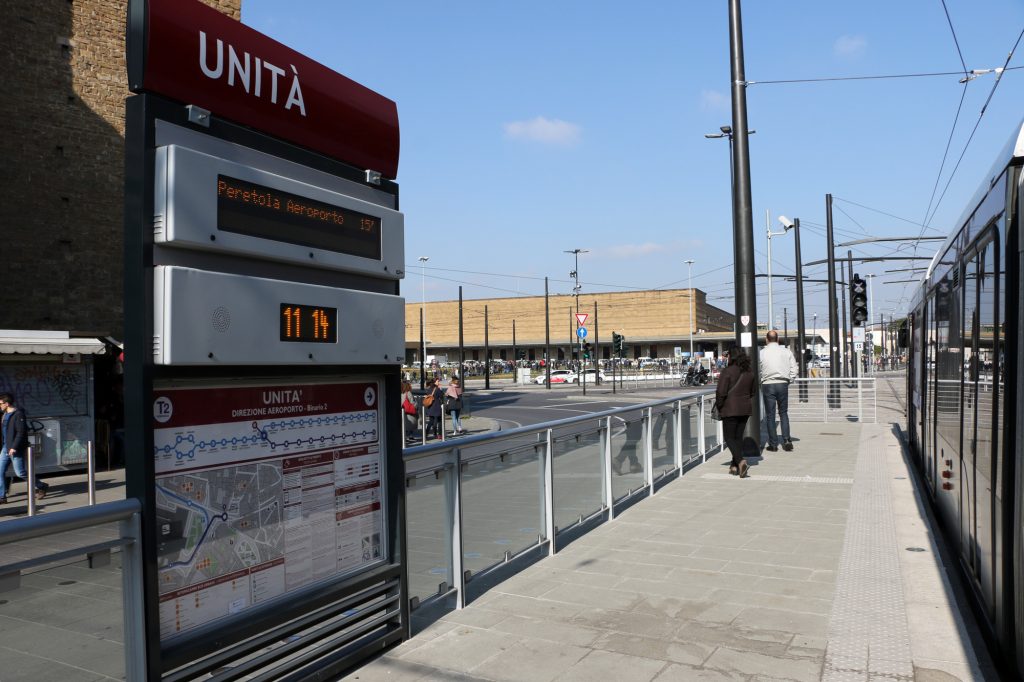 The new tram line connects the train station of Santa Maria Novella, right in the heart of the historical center, to the Florence airport. The stop for the T2 line is called Unità, and is right across from Piazza dell’Unità Italiana. Once you’re at the SMN train station, you can also now transfer to the already existing T1 Villa Costanza-Careggi tram line and thus move to other parts of the city: we have a map of the two lines below.

Make note that for the next two weeks, travel on the tram T2 Vespucci will be free! 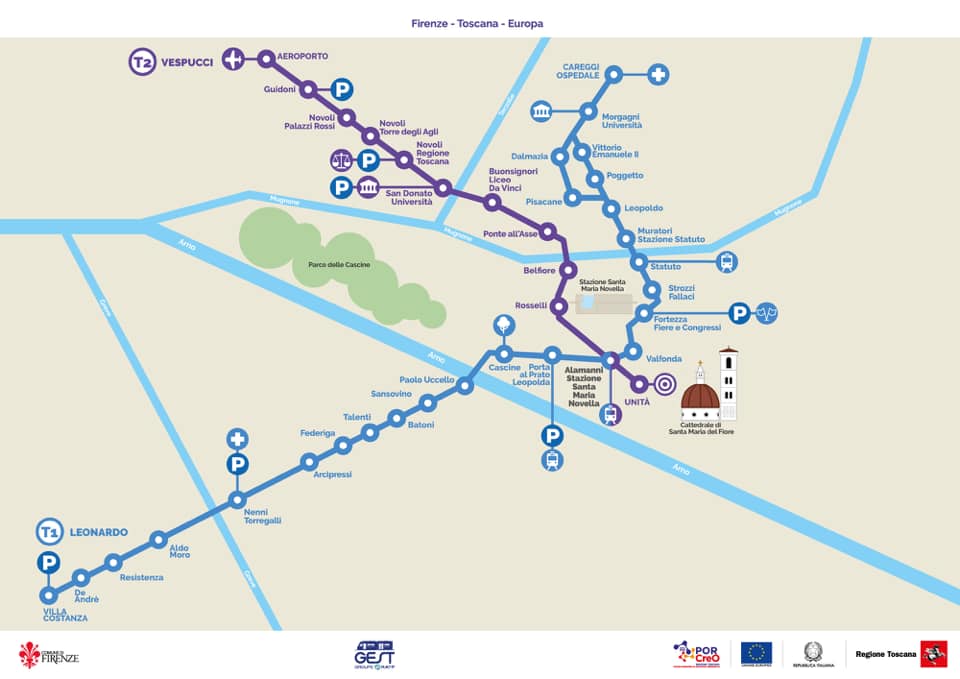 This is an important line as it connects two important centers of transport in the city but also the Regional governmental offices, the University of Florence’s main campus, the entire neighborhood of Novoli and by connecting to the T1 line, you can also access the Careggi Hospital as well as the adjoining city of Scandicci. 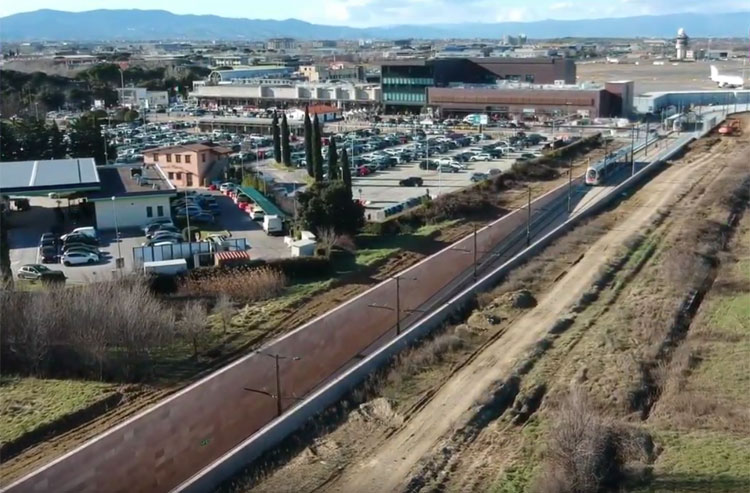 Some numbers: the line is 5.3 kilometers long, it will take 21 minutes to go from one end to the other end of the line, 12 stops along the way. There time schedule is just like the one for the T1 line, there will be trains running every 4 minutes and 20 seconds between 7am and 8pm, the first train is at 5am and the last train at 12.30am. On Friday and Saturday nights, service is extended until 2am. 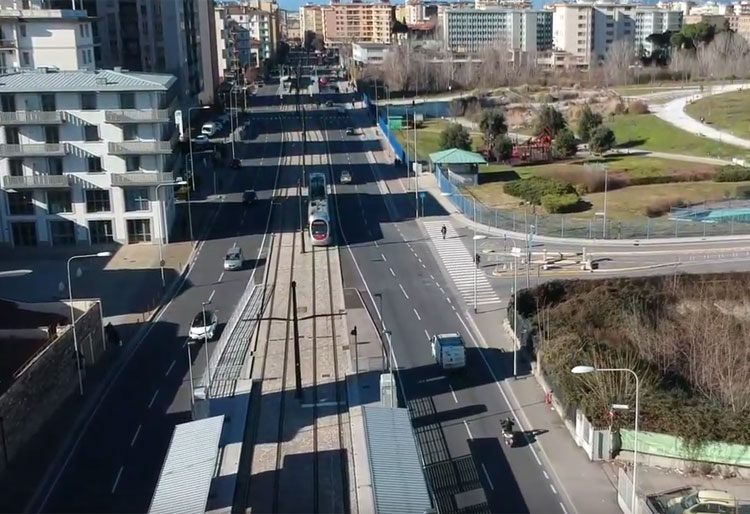 Once the 2 weeks end (February 25), ticket costs €1.50 for 90 minutes. They are the same tickets you use for ATAF buses in Florence. This means you can use the tram and then transfer to a bus to continue on your journey, as long as it is within those 90 minutes from when you first boarded the tram or bus. Every single tram stop has an automatic ticket machine that accept cash, ATM cash cards and credit cards (including contactless cards). You can also pay with Google Pay and Apple Pay if they are activated on your cellphone.

For more information on the tram lines in Florence, you can read the official site: https://www.gestramvia.com/ as well as our article on tips on using the public transportation in Florence here: https://www.visitflorence.com/moving-around-florence/by-bus.html

ATAF lines that travel along the same route as the new tram will also change during this period – some will be cancelled and new ones will start. For more information, check www.cambianoitempi.ataf.net

Now go on a virtual ride of the new tram line in Florence:

UPDATE 02/18/19: Here is a newer video in English, both by Florence’s tourism board, with general details about inauguration. 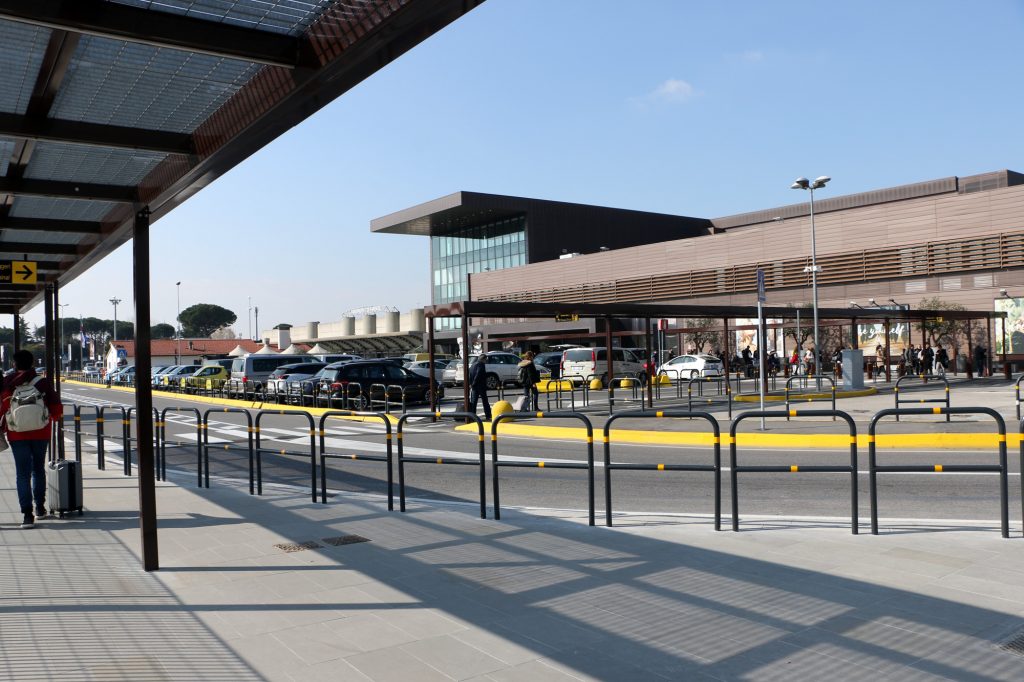 Once you get off the tram at the airport, this is how far the airport’s main terminal is – very close!! Getting to the airport from downtown Florence is now easier than ever!

This is an example of the ticket machines found at each of the tram stops where you can buy your ticket right before getting on. If you are traveling to and from the Florence airport, do note that you need to buy a ticket for your large suitcases: anything exceeding over 150cm total (height+width+depth added up together) and over 20kg needs its own ticket. Max is 2 large suitcases per person. I am writing this to make sure you know this — you don’t want to save on a taxi ride or bus shuttle to discover that you needed to buy a ticket for your large suitcases and end up paying more in fines!