The Villa Medicea at Castello just a few kilometers from Florence's historical center is an ancient complex which boasts an elegant villa and a splendid Italian garden, second only to the Boboli Gardens in Florence.

The Villa is not accessible to the public since it has been the home of the prestigious Crusca Academy since 1583, a school dedicated to the study of the Italian language. You can, however, visit the splendid gardens without paying!

A little history about the Villa

The villa dates back to the 14th century but it gained prestige only when the Medici Family bought it in 1477. Just imagine: the two masterpieces, "The Birth of Venus" and the "Allegory of Spring", by Botticelli now visited by millions every year at the Uffizi Gallery were specifically commissioned by Lorenzo dei Medici (the cousin of Lorenzo il Magnifico) for this villa.

The villa reached the height of its splendor with Cosimo I dei Medici, Florence's new Duke, who turned it into a magnificent residence to celebrate the greatness of the Medici family. He ordered Giorgio Vasari to restore the villa and Niccolò Tribolo to project the Italian garden.

The villa presents a simple and geometric design with two floors and Renaissance windows. It was built around a courtyard of the 16th century with Tuscan lodges and pillars. Within the building, we find only one original fresco left from this time: the Annunciation by Raffaellino del Garbo.

On the first floor, there is a large hall with frescos representing landscapes painted in the 1800th century, the Sala degli Armadi, the Sala delle Pale and a chapel.

Now onto the Italian garden... 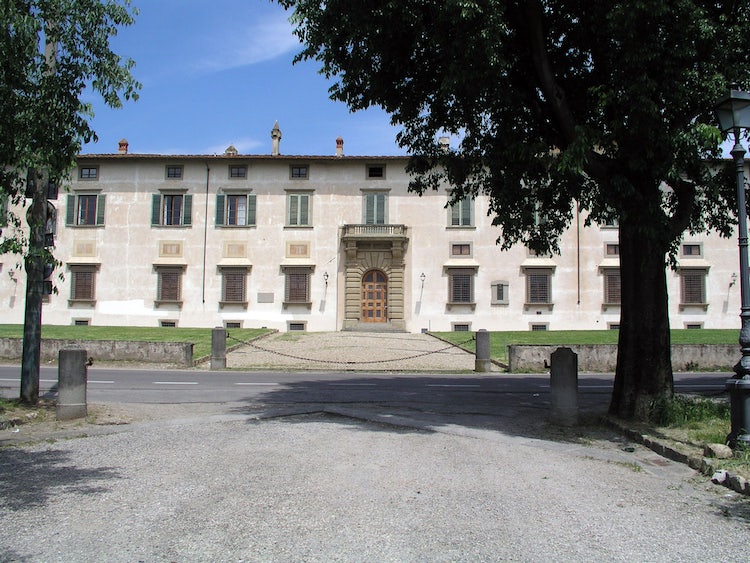 The garden was designed by Niccolò Tribolo in 1538 on commission of Cosimo I dei Medici and represents one of the first Italian gardens in history. This one inspired the same architect for his next creation, the more famous Boboli Garden.

At the beginning, the garden showed a simple and geometric design and 3 terraces. Throughout the centuries, the villa has undergone many changes and within the garden have been added many Mannerist artworks such as the Cave of Animals.

The first terrace has 16 square flower beds and the Fountain of Hercules and Anteus by Bartolomeo Ammannati. All around are many classic sculptures placed in the park in the 17th century.

The second terrace presents the Citrus Garden in which you can find about 500 rare plants. Within this space, you will also enjoy the view of the suggestive Cave of Animals, created by Giorgio Vasari according to the project made by Niccolò Tribolo. 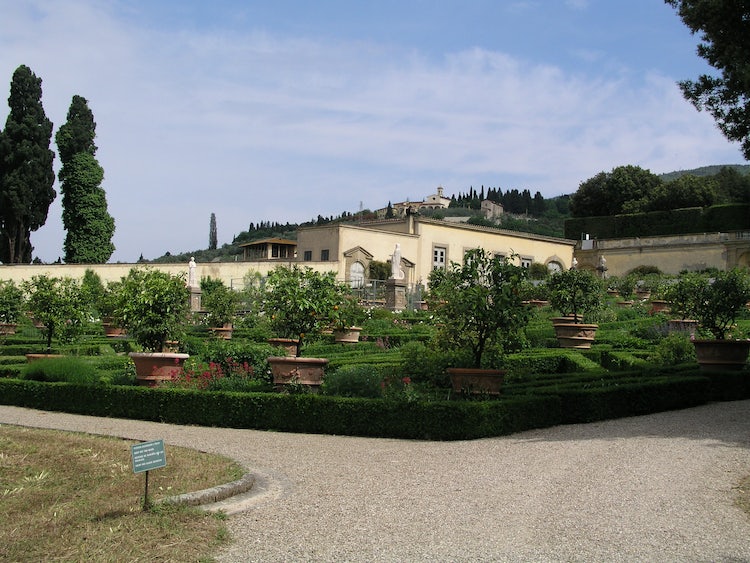 The cave has 2 rooms and walls covered with mosaics and shells. Here you will also admire 3 beautiful bathtubs, one made with white marble, one with red marble of Seravazza and the last one with marble with carved shells. Everything is enriched by statues representing animals and fishes which give the place a charming atmosphere.

There are also two beautiful secret gardens right by the “Limonaie” added later by the Lorraine Family to hold the citrus plants during the winter. 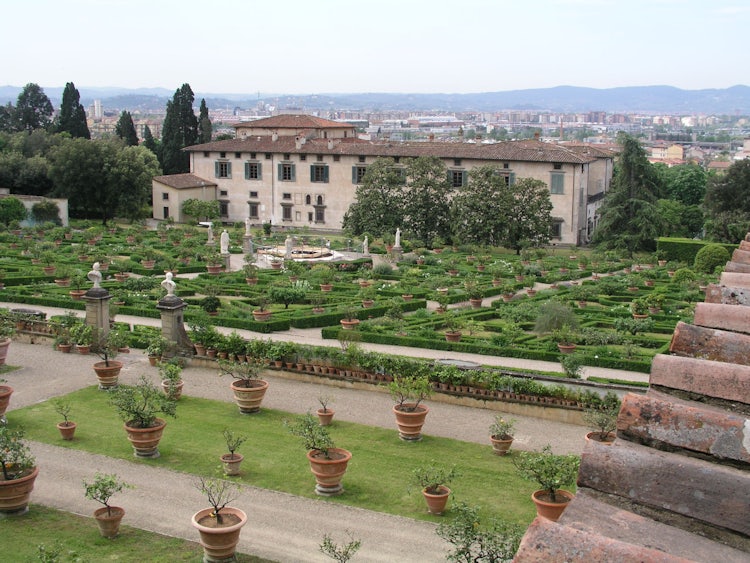 Climbing up a set of stairs you will reach the top of the garden and its large wood in which the Fountain of January by Bartolomeo Ammannati is set.

The park at this point continues in the style of an English Garden (more wild), commisioned by the Lorraine Family.

How to get there:

By Bus: from Florence S.M. Novella or Rifredi Station, take ATAF bus n°2 or n°28, and get off at the stop “Sestese 5”. From here, walk up to the traffic lights and take Giulio Bechi Street to the right, then go straight ahead and you will find the Villa.

By Train: from Florence S.M. Novella Station get off at the station"Firenze Castello", then it takes 10 minutes to get to the Villa by foot.

View more pics of The Villa Medici at Castello! » 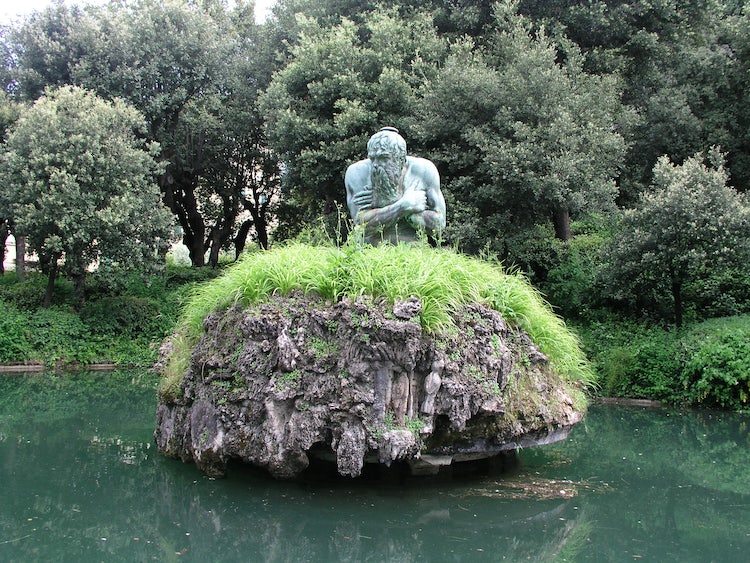 La Villa is set in Castello on via Castello 46, Florence, not far from the airport of Florence.

Entrance is free and is open from Monday to Sunday at the following general times. These are indicative, because lately the villa has just posted limited day openings. You should always CALL 055 452691 to double check times and opening before heading out to the villa, as these hours can change at any time without notice.

From 8,15 a.m to 4,30 p.m in January, February, limited openings in November and December.

Not many reach this corner of the outskirts of...