The Medici Villa della Petraia is an impressive country residence built on a panoramic terrace in the outskirts of Florence in the small hamlet of Castello. From its position, you have an incredible view over its wide Italian garden and over the valley where the famous Renaissance city of Florence is located. 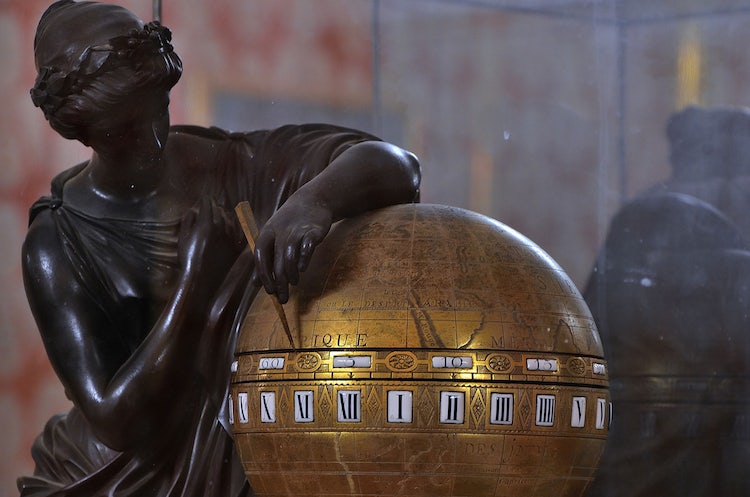 The home was originally bought by the Brunelleschi family, who later sold it to Palla Strozzi in 1422 and who expanded the estate by buying more land around it. In the first half of the 16th century, the villa passed to the Salutati family, who then transferred the property to the Medici family. In this time, Cardinal Ferdinando, who was nominated Grand Duke in 1587, carried out a radical transformation of the villa, turning the villa from a country home into a princely residence. 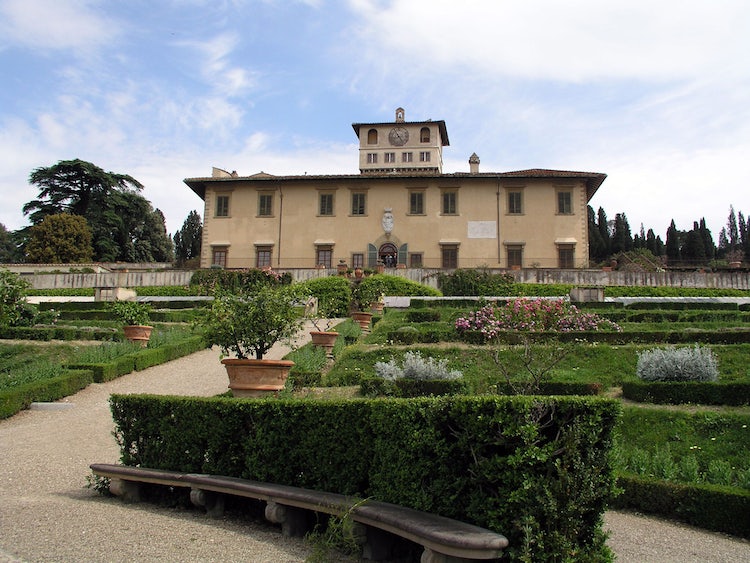 The project was accomplished by building around the fourteenth century central tower, but the most significant changes were actually carried out in the surrounding park. The park was first divided into three magnificent terraces: the first one was dedicated to the placement of dwarf fruits, the second one adorned by flower beds while the third one was designed with two elliptical areas where many general and citrus trees were planted. 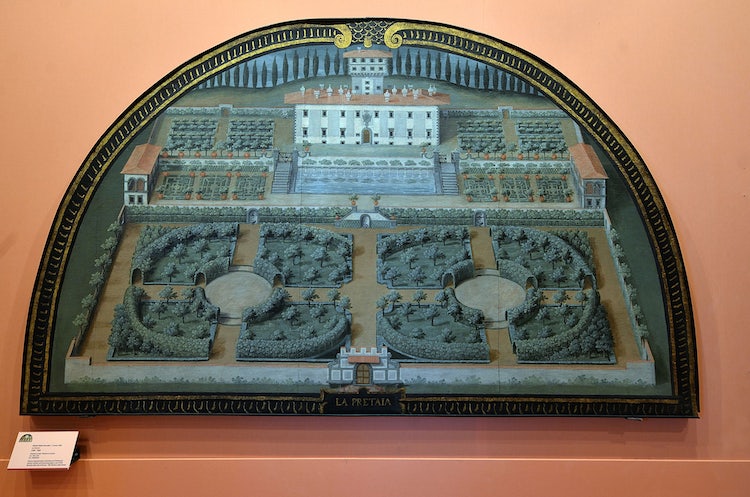 Today, we can admire what the garden must have looked at that time by observing the painting by Giusto Utens in the series called “villa in a lunette” dated 1599/1602. A walk in the park during the spring time is the best time to visit, a time when you might even find a wedding photo shoot taking place (it is a very popular location for photographers like me! ;-)). The garden statues (the one by the villa is the Venus by Giambologna) add adornment to Petraia’s majesty, but the nineteenth century tower and the sundial which marks the seasons in a very old style are also very interesting to see and admire. 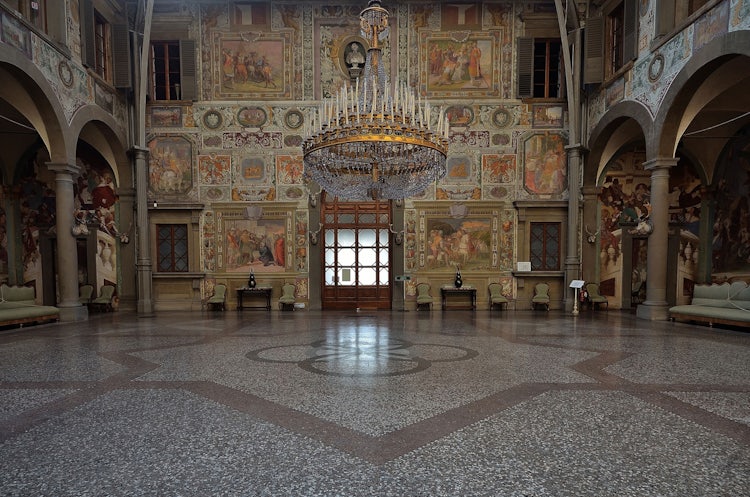 The Villa della Petraia has always been used as a residence, hosting illustrious personalities of the Medici family (Don Lorenzo, Cosimo III), the Lorraines (Leopold II) and, finally, the Savoys, Italy's royal family (Vittorio Emanuele II and his wife, Rosa Vercelliana). The last hosts carried out a seried of changes to the villa, decorating it with precious furniture and creating the splendid ballroom as you enter the villa (by placing a glass roof to cover the central, open courtyard). The ballroom's perimeter is completely decorated by frescoes carried out by Cosimo Gaddi during the Lorraine period and by Volterrano who painted scenes that told of the various exploits of the Medici family. 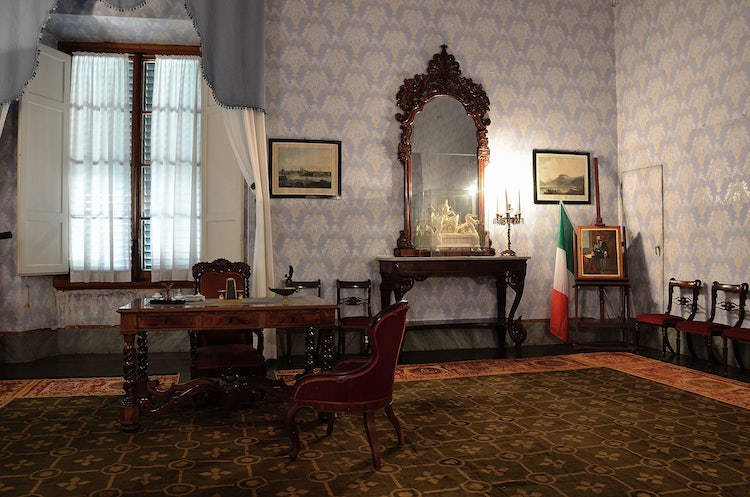 The remaining rooms, each of various sizes and with a different style of furnishings, offers pleasant surprises: one such surprise was the music room where a precious piano harmonium built in Naples in 1868 can be admired! Its walls are enriched with tapestries that form the backdrop for an ancient bronze clock which has marked the passing of time since 1770. Another room to make special note of is the large, red dining room adorned with beautiful tapestries in an XVII century Flemish style.

So while you're in the center of Florence, I highly recommend taking the time to go visit this gem not many are even aware of exists today and is open to the public.... free of charge!

Photographs taken and used upon concession of the Ministero per i Beni e le Attività Culturali, Permit n.155/2012. Ulterior use or reproductions are expressly forbidden.

Via della Petraia 40, Florence, near the Peretola Airport heading to Sesto Fiorentino

Open every day of the week

The Villa can be visited every hour, in the company of museum staff only.

CLOSED: 2nd and 3rd Monday of the month, on January 1st, December 25th.

For staffing reasons, the "Noble" floor of the Villa is not always open. You cannot book entrance to the villa ahead of time.

HOW TO GET THERE

Young photographer, I am very fond of life and art. I have studied artistic subject and now I spend my time to taking pictures of all what catches my attention. I love living in Tuscany, I can take photos endlessly in this charming region. My belief is H. C. Bresson's promise: “To take a photograph is to align the head, the eye and the heart. It is a way of life”.

The Villa Medici at Castello, near Florence, is...