Finding a bit of quiet in Florence's bustling center

If you are roaming Florence between Piazza della Repubblica and Ponte Vecchio and you have had enough of the stores, gelato shops, pizza places and tourists (mostly the tourists) then, duck down the little road called Borgo Santi Apostoli for a breath of air and some much desired silence.

This antique via, and the church it is named after, can pretty much sum up the story of Florence in miniature. It encompasses the Romans, Charlemagne also known as Charles the Great, the second "Wall" of the city and it even includes a bit of the Crusades and Michelangelo...if you are inclined to believe any of the legends and stories that float around. 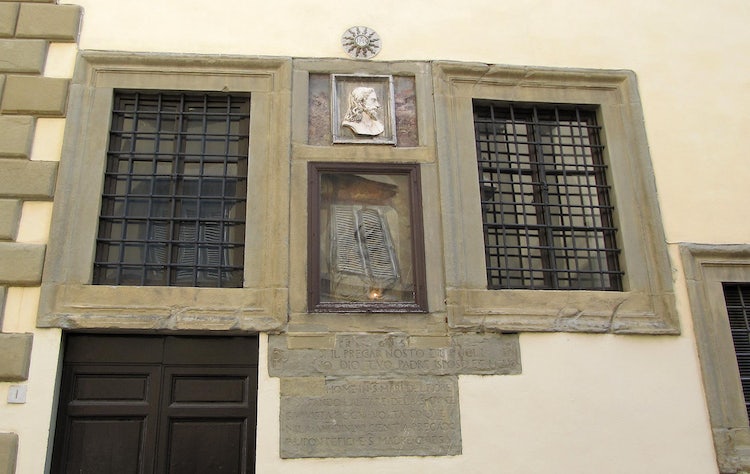 Built Outside the City Walls

The word “borgo” in Italian is a close translation to suburb, a natural outgrowth of the main city. This little alcove is postioned just outside the “cerchio antico” (the first walls of the city originally built by the Romans) and is called the suburbs of Santi Apostoli. Like so many areas, it flourished right outside the antique Roman walls and in particular this area was close to the Roman Baths and the river Arno, which partially explains why it was never really included in the first circle.  The instabile land near the river banks did not make for good building and was more difficult to defend. As soon as the land was filled in and the area became more stable to build upon,  it was included in the second set of defensive walls which were constructed. Tradition will have it that the church was authorized by Charlemagne in the 800’s thus making it one of the oldest churches in Florence.  It seems they tried to substantiate the claim and went as far as to add a lapide in Latin on the front of the church … but the story has yet to be authenticated. Not that this stops the locals from believing it. In fact, in the building next door there is a relief of Charlemagne near the door and the symbol of the church above him.

There is no denying that the present church is one of the better maintained Romanesque churches in Florence, escaping for the most part large interventions during the 1400's - legend has it that we can thank Michelangelo.  He had "convinced" the architect to only make a few modifications and not “restructure” the entire building. 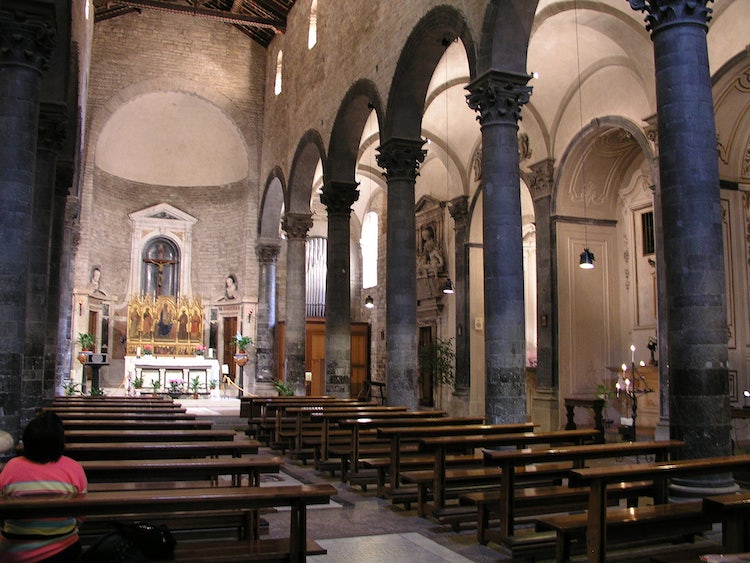 The silence and reverence  permiate the square in front of the church called Piazza del Limbo.  It was named Limbo because it was once a cemetery for children who had died before being baptized.  The church itself is simply adorned compared to many in the city; you can start by admiring the wooden beams and their handpainted decoration. The the dark stone columns in the main nave are said to have come from the ruins of the Roman baths nearby at the time of construction. It has been described as having “an early Romanesque feeling - simple, intimate and solemn.” 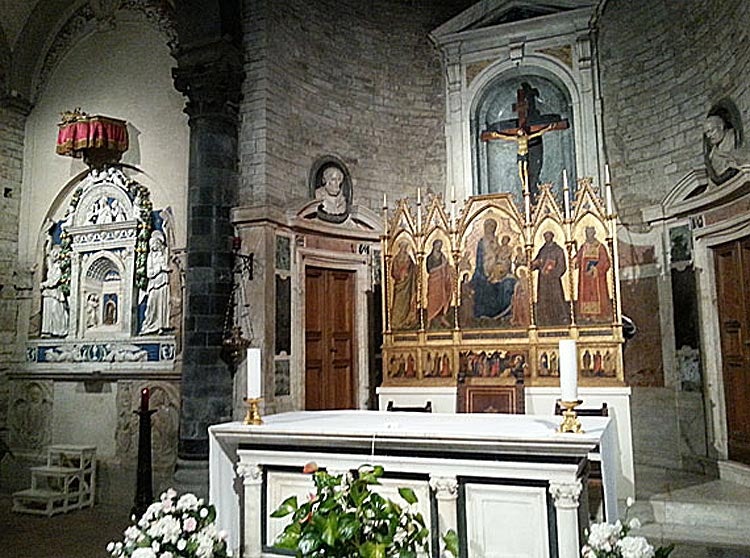 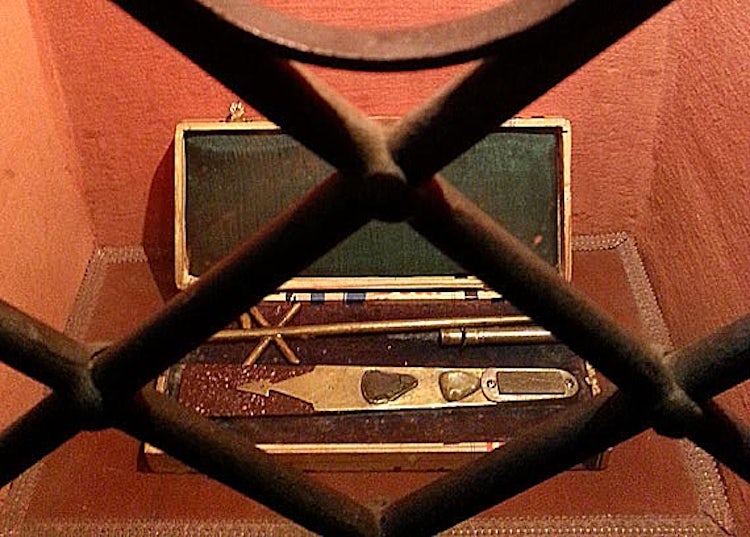 The church houses several pieces of artwork including a della Robbia as well as other beautiful artifacts. However the piece that is most steeped in legend would be the "Pietre del Santo Sepolcro" which was gifted to the church upon the return of Pazzino dei Pazzi to Florence in 1101 from the crusades.

These stones are said to have been used to light the lamps of the tomb when Jesus was buried.  It is a relic which (pardon the pun) has sparked the imagination of the Florentines for centuries and has traditionally been used to ignite the unique firework display on the “Brindellone” or more officially known as “Lo Scoppio del Carro,” an Easter Tradition that starts in the square in front of the Church.

As you walk out of the church into the Piazza del Limbo you will notice on the front wall of the building to your left there is a small plaque between the window and the drain pipe all the way next to the edge.  This plaque shows you where the water level arrived during the famous flood of November 4, 1966.  At this point, after you have had a few minutes to just absorb a bit of the calm, you may feel re-energized enough to go back into the fray and continue visiting Florence. 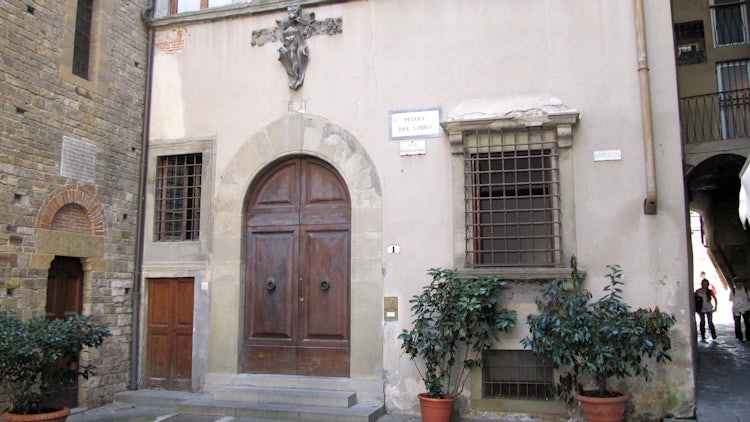