One of the most beautiful squares in the city

Piazza Santa Maria Novella is one of main squares in Florence and one of the most beautiful, making it one of the top attractions in the city. The historical center is divided into 4 quarters and life in the quarter of Santa Maria Novella revolves around its square. The enchanting beauty of the Dominican Basilica of Santa Maria Novella's Renaissance facade is usually what impresses the most at first sight, but any visitor will quickly find themselves spending time in the square at one of many fairs and festivals organized there throughout the year.

A little bit of history...

The piazza was born in 1287 by decree of the Florentine Republic during the years that the Dominican convent and church of Santa Maria Novella was being renewed and enlarged. Right away, the piazza became theater to festivals, tournaments and other contests. The two marble obelisks, each one sitting atop four bronze turtles by Giambologna and topped with a Florentine lily, were the "goal areas" for the "Palio dei Cocchi", a race on chariots similar to the Roman two-horse chariots which started being raced here in 1563.

The Church of Santa Maria Novella 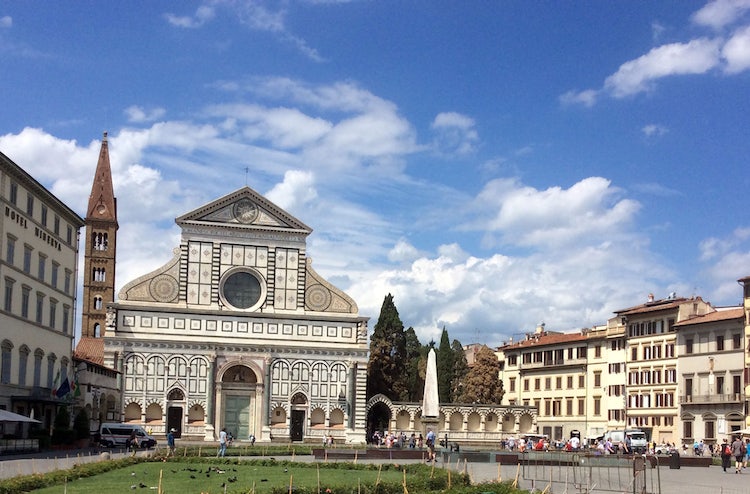 The main attraction in the piazza is obviously the basilica. Enlarged between 1279 and the middle of the 1300s, the facade by Leon Battista Alberti dates to the 1470s and it is the oldest standing facade to still exist in Florence (all of the other main churches had their facades redone or actually finished in more recent times).

The Basilica is not only a top attraction in Florence for its architecture, but also for the masterpieces of art in contains within which includes works by Masaccio, Ghirlandaio and Giotto. Read our article on the gothic Basilica of Santa Maria Novella for more details.

The Hospital of San Paolo, home to the Novecento Museum 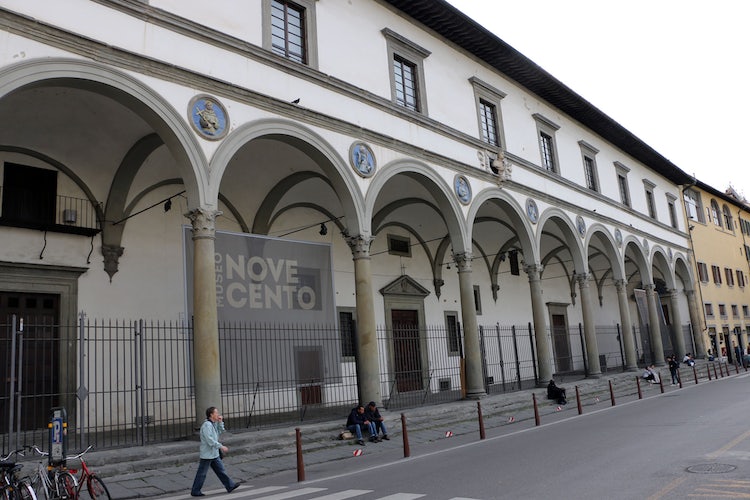 On the side opposite the church, you'll first notice the Loggia of the San Paolo hospital, built at the beginning of the 13th century. In the second half of the 15th century, the hospital was enlarged given the need there was for hosting pilgrims and taking care of the sick. The arches between each column have round glazed terracotta reliefs of saints by Andrea della Robbia. The lunette shaped relief of The Embrace between St. Dominque and St. Francis over the right portal is also by Andrea della Robbia. The hospital no longer exists today - it is now the home of the Novecento Museum, a museum dedicated to contemporary works of art in Florence from the 19th century to today. 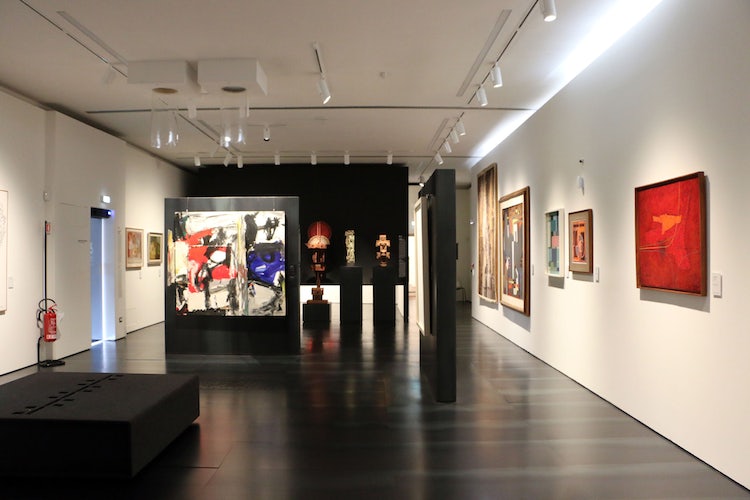 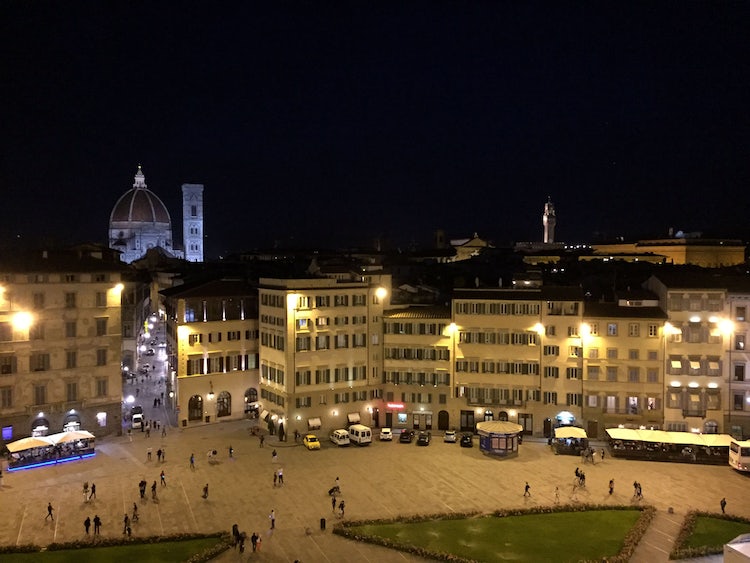 Today, several elegant hotels and restaurants overlook the recently cleaned and renovated square, from which you can enjoy a splendid lunch or dinner with a view of both the Santa Maria Novella church and its square. The Grand Hotel Minerva, for example, offers a spectacular view of Florence from its rooftop terrace, perfect for cocktails while admiring the sunset, while the Hotel Orologio, across from the Minerva, offers splendid views of the piazza from its top-floor dining room. If you want to stay in the piazza, take a look the more hotels in Piazza Santa Maria Novella.

If you're looking for traditional Tuscan and Florentine fare, you can head to the nearby Trattoria del Trebbio on Via della Belle Donne off the piazza. If you're looking to change up your cuisine away from Italian, try Japanese noodles at Banki Ramen on Via dei Banchi (only open for dinner) or head to the 1950's style American Diner on Via del Moro. 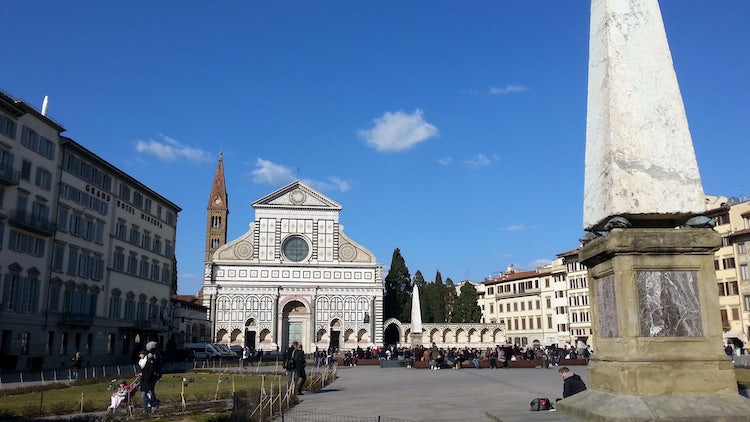 The latest renovation of the piazza included closing the side streets to traffic, removing all parking spaces, and adding metal and glass benches in the middle of the square which, unfortunately, get quite hot in the summer but which can a great place from which to enjoy the view of the church when the weather permits it. The piazza is host to many fairs and festivals throughout the year, many food-related. If you see stands in the piazza when you visit, make sure to go take a look as you might discover delicious goods such as artisan chocolate or fresh made pastries.

The piazza is about 400 meters from the Santa Maria Novella train station, which makes is very central as a base, for dining, shopping and sightseeing. 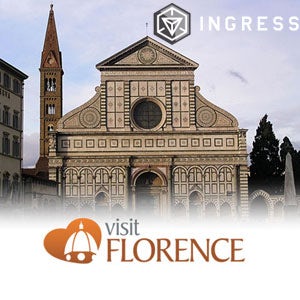 When you play our mission in Piazzale Santa Maria Novella, you'll earn our badge!