The Last Supper at Santa Apollonia 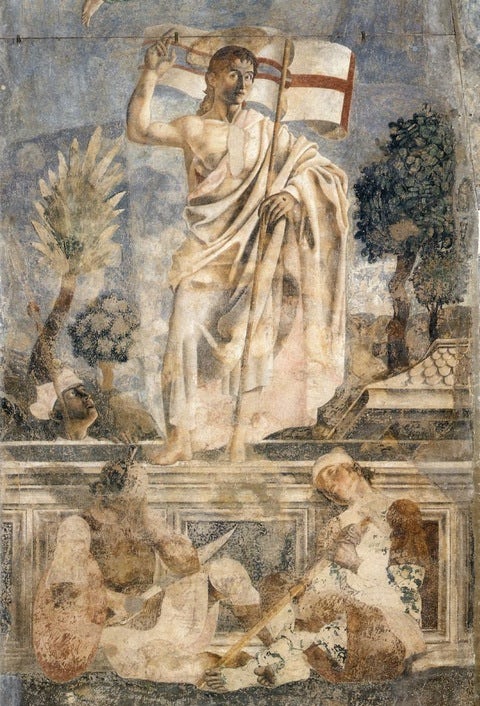 If you venture just a few steps beyond the busy Accademia Gallery and Piazza San Marco, you will find one of the best-kept hidden treasures in Florence.

This gem has been jealously guarded for centuries by Benedictine nuns until just recently in the nineteenth century, when for the first time outsiders were able to see it once the convent was suppressed.

This art treasure is the first "Last Supper" of the Renaissance in Florence, painted inside the convent of Sant'Apollonia, inhabited by the Benedictine nuns since 1339. It had became one of the largest nunneries in town thanks to an expansion in 1440 with the addition of a cloister and a refectory.

It is in this spacious coffered hall, Andrea del Castagno was entrusted with the realization of a large fresco in 1447. 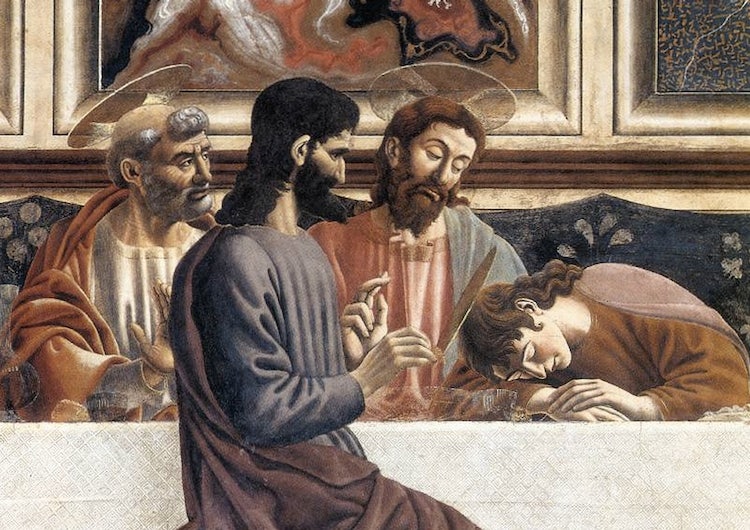 An Invitation to Partecipate in History

The Last Supper is painted with an extraordinary prospetic illusion that welcomes the viewer under a covered porch. The illusion is beautifully studied in each detail to allow the spectator to watch the scene from the outside thanks to the perfection of the Renaissance forshortening technique.

The setting is treated in detail: terracotta roof tiles, a brocade drapery behind the Apostols, a refined table cloth, elegant glassware. The Apostles stand out sitting around the table, which is elegantly marking the scene horizontally with its candor.

Only one character, dressed in a red-purple robe is sitting on a stool across the table, closer to the viewer.

He’s identifiable as Judas, depicted opposite the main group of central characters. He sits in front of Christ, painted as he is about to dip the bread in the same crystalline dish. One can perceive how the scene converges our attention on the symbolic gestures, marked by the mottled squared panels painted in the background. 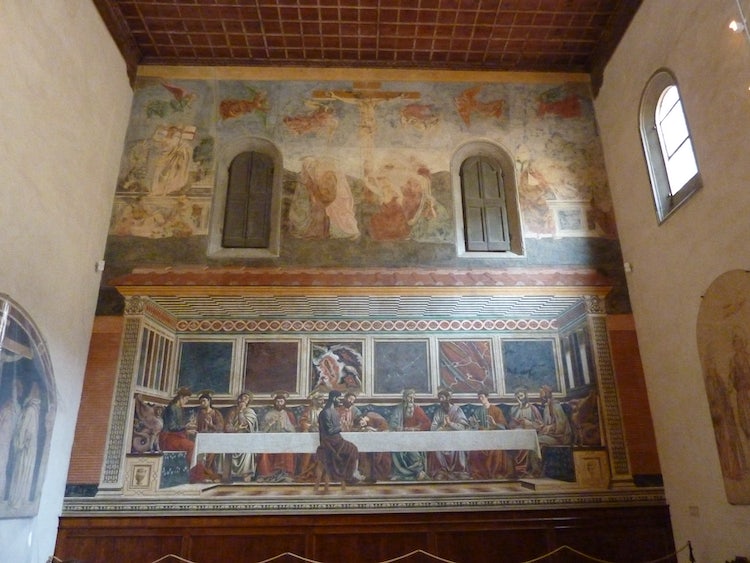 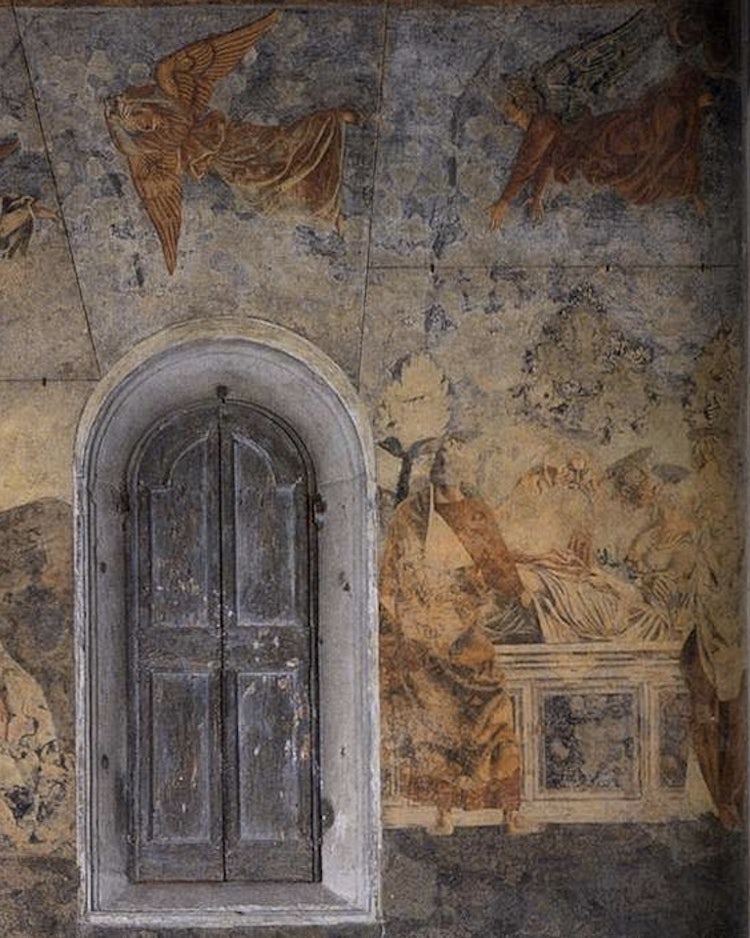 While you could tell how soft the robes were, the portraits depicted by Andrea del Castagno are bold, strong, sometimes harsh, like Judah’s face, resembling more a satyr instead of a saint. Next to a blessing Christ, you can distinguish the youngest apostle, John, catching some shut eye, laid out on the table. Peter sits to the right side of Jesus, emphasizing the link with the future Christian community.

Once you stand in front of the fresco, you will be able to recognize each Apostle, simply noticing the name painted close to the feet, resting on a step higher that Judah.

Andrea del Castagno’s touch offers an airy view, occupying the entire western wall of the refectory. Above the Last Supper you can admire three scenes, clearly separated by two windows. Accompanied by a multitude of angels in flight you can identify (starting on the left) the Resurrection of Christ, the Crucifixion and finally the Entombment. 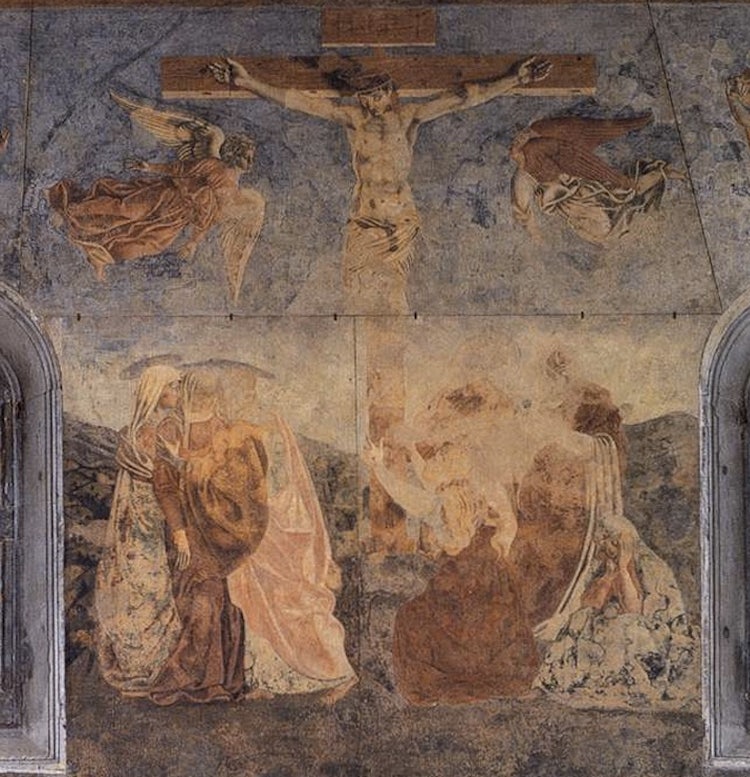 These frescoes had been covered for a long time by a thick layer of plaster that had greatly weakened the original tones. In 1953, the frescoes were detached and restored as they were threatened by humidity: on that occasion, it was possible to find the original sinopie (preparatory sketches underneath the fresco paintings), which have been placed along the opposite wall.

The very first time I saw this fresco in 2009 I was impressed by the bold portraits and the expressive power that they issue. The concept of space is clear, renewed and broad, leading the viewer to feel embraced within the covered porch.

Where: Via XXVII Aprile, 1 (near Piazza San Marco)