The Last Supper within Santa Croce

fascinating colors & symbols, it will enthrall you

The term "cenacolo" is inherited from Latin Cenaculum, which was used generically as the place where people ate. Today, it is referred to the refectory of a convent where meals are/were shared in spiritual communion and friars meditated through frescoes depicting the scene of the Last Supper on one of the walls. 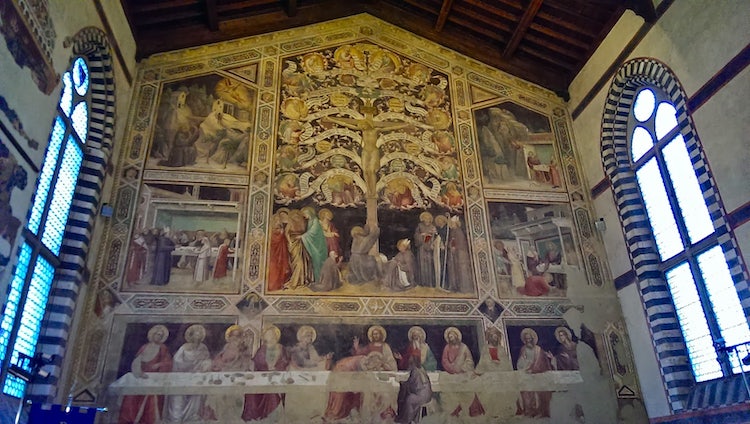 A Moment of Silent Contemplation

The refectory of Santa Croce strikes even the most hasty visitors with its impressive frescoed wall. The feeling of awe is immediate: as soon as you cross the threshold you feel transported to a myriad of figures and cartouches painted on the wall in front of you. The symbolism of this Franciscan cenacolo is definitely one of the most fascinating ones in Florence. Once looking closely at the fresco you will distinguish six different scenes: an imposing Crucifixion, the Last Supper, St. Benedict’s retreat, Jesus dining at the Pharisees, St. Francis receiving the stigmata and a history of St. Louis of Toulouse.

One of Giotto’s most talented followers, Taddeo Gaddi dedicated thirty passionate years to the decoration of this refectory, between 1334 and 1366. The thing that above all leaves you speechless, even before you are able to locate the Last Supper, is a kind of large "Christmas tree" loaded by characters and inscriptions. 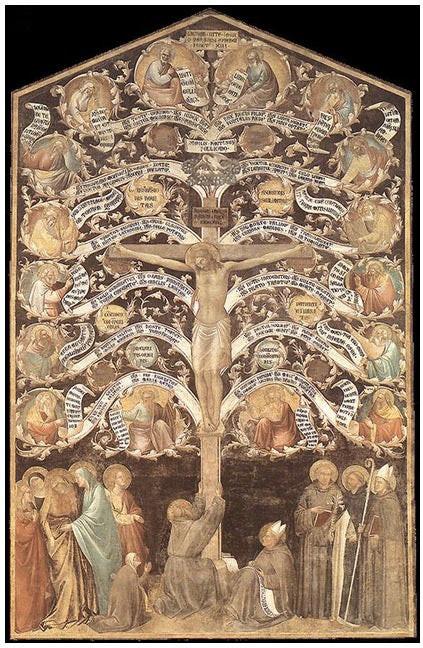 Gaddi here depicts the Crucifixion, or most likely, a theological reflection on this delicate theme. The Cross is the true heart of the story, the Tree of Life and the central message of salvation announced to the prophets through the messages that branch out from the holy wood of the cross. Christ died to be incarnated into the mystery of the Eucharist, which is represented exactly down below, in the Last Supper.

This section of the fresco was severely damaged during the flood in 1966, thus some parts of the paintings are lost. To get an idea about the force of the flood, search with your eyes the second horizontal band painted along the side wall. That band is about five meters high, and it corresponds to the waterlevel reached by the flood. 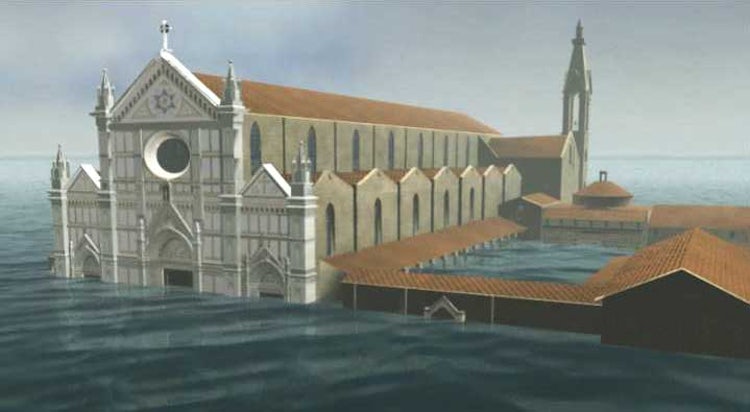 After the mixture of water and oil retreated it was absolutely necessary to detach the fresco. It is hard to figure out how the entire surface of the painting was torn from the plaster below and rolled up as an enormous carpet! After this unbelievable operation, skillful Florentine restorers had to quickly use well-advanced techniques to bring the colors back to life. 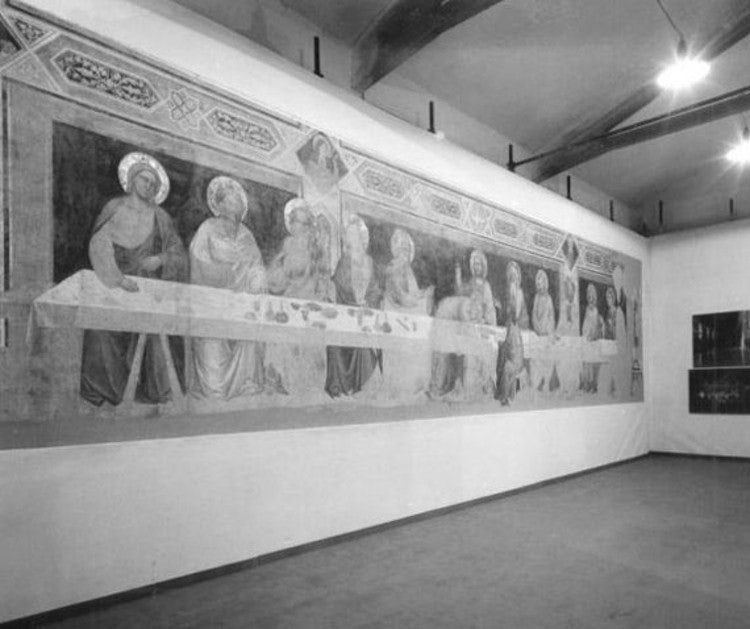 Make this Your First Stop

This cenacolo amazes for its imposing size and the functionality of the ancient space it occupied which is still accessible during exhibitions, debates and even concerts held in the refectory. It is definitely worth a visit and deserves to be inserted among your bucket list for your next trip to Florence!

The visit to this Last Supper is not free, as there is an entrance ticket charged to visit the entire complex of Santa Croce, but it is well worth it!

Here are some close up views of the Last Supper, from the left, center and to the right side: 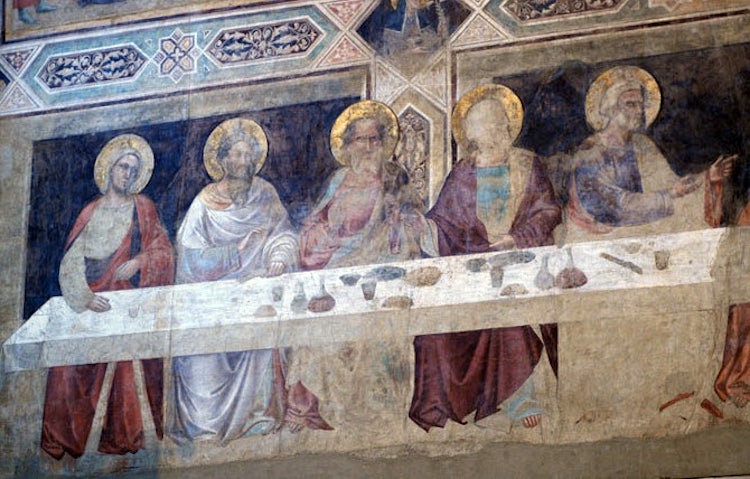 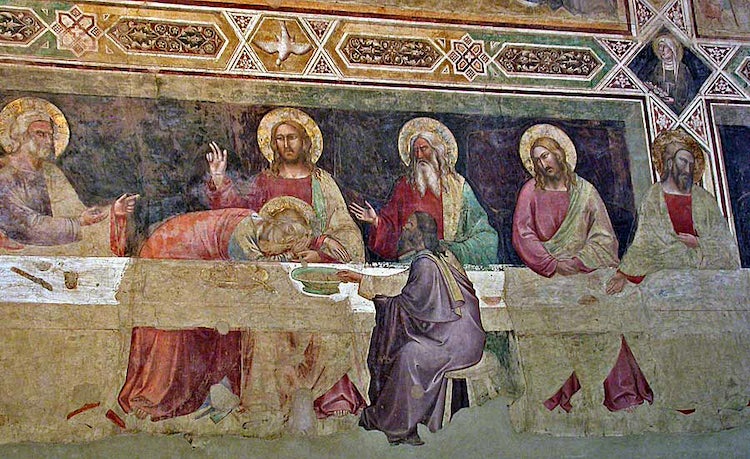 There is a ticket to enter into the church