During the holiday season, Villa La Quiete reopens to the public with a set dates of special openings from Saturday, December 7 through Monday January 6, 2020. The normal visitor’s path will be further enriched with the setup of the villa’s historical Nativity scene, which this year will be inside the church.

The Nativity of Villa La Quiete is a precious documentary of the artistic treasures of the 17th and 18th centuries. It is during that period that the setup of Nativity scenes became very popular and spurred an artistic movement in the construction of the scene of Jesus’s birth. The Nativity here shows many interesting elements from that period: precious textiles clothe the characters, very detailed attention to the little particulars, the entire scene is set up to express and generate great emotion.

The decisive carved expressions and details in every lock of hair and beard of the commoners also permit scholars to identify that the Nativity was created around the middle of the 18th century, a period when these particular characteristics became popular in the creation of Nativity scenes. 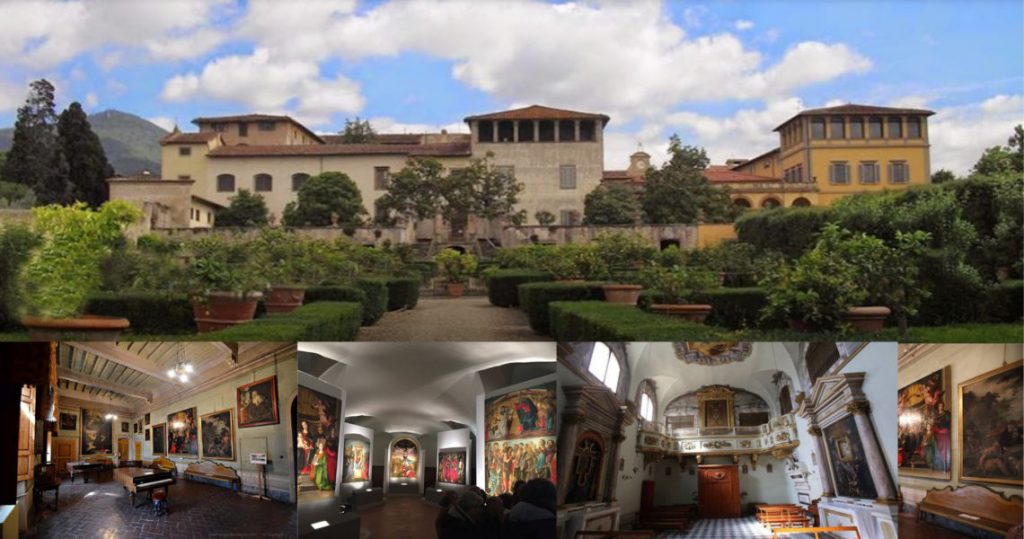 Villa La Quiete is a reminder of the history of the Medici House, devotion and female education. It preserves the historical and artistic heritage linked to the Montalve, a congregation founded in the 17th century by Eleonora Ramirez de Montalvo, which became nuns in 1939 and lived and looked after the Villa for over three centuries. The Italian gardens date to Anna Maria Luisa de’ Medici’s reign as she chose the villa as her place of retreat in the summers. The villa is located in Via di Boldrone 2, Florence and can be reached with ATAF bus #20 from the center in Florence.

Days and hours for visits

The guided visit lasts about an hour and 30 minutes.

December 21 is a special day

During this special day, visitors will have the special opportunity to “meet” Anna Maria Luisa de’ Medici, the Palatine Electress, who lived at Villa La Quiete during the last years of her life. The special meeting will be during each of the guided visits. At the end of each visit, visitors will get the chance to also taste morsels from recipes taken from the recipe book “Mangiar di Monache” compiled and used by the villa’s inhabitants, the Montalve nuns.

Entrance and the guided visits are complete FREE, but you do need to book ahead of time as each group has a maximum amount of participants.