The Cavalcade of the Magi, the Wise Men

A Celebration in the Streets of Florence

When: January 6 (annual every Epiphany)
Time: Procession starts at 2:15pm from Palazzo Pitti
Where: Starts in Palazzo Pitti, crosses Ponte Vecchio, then heads to Piazza della Signoria and ends in Piazza del Duomo
Cost: Nothing, it is FREE!

In Christianity, January 6 is the feast of the Epiphany (the 12th day of Christmas) and churches celebrate with the Adoration of the Magi as the realization that Christ is the Incarnation of the son of God.

In Florence, the celebration involves a long, grand parade in magnificent costumes which evokes the arrival of the three Wise Men to the little town of Bethlehem in search of the Messiah. It is a beautiful parade and we highly recommend seeing it - in fact, it is a very good reason to visit during the holiday season and extending your visit until January! :) 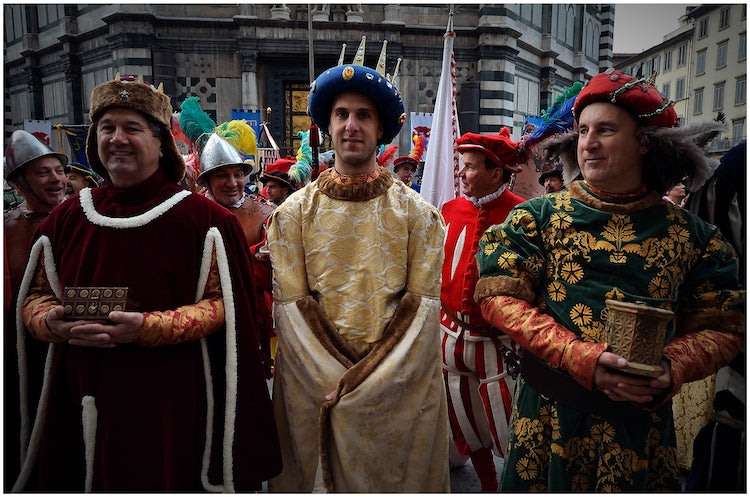 So what do you see? The three Wise Men arrive with their gifts of gold, frankincense and myrrh, with the cavalcade of over 500 participants from all over Tuscany behind them joining in the celebration. A life nativity with Christ Child, Mary, Joseph and manger with farm animals is set up in Piazza Duomo.

Ladies and lords, knights, country folk, soldiers, religious figures and more: drummers and the sbandieratori or flag-throwing company of the Uffizi enchants the public with their skills in throwing and waving their flags along the way and in Piazza della Signoria.

We’d like to share some of our pictures from this and last year’s Cavalcade so that you'll want to come see it in person next year! :) 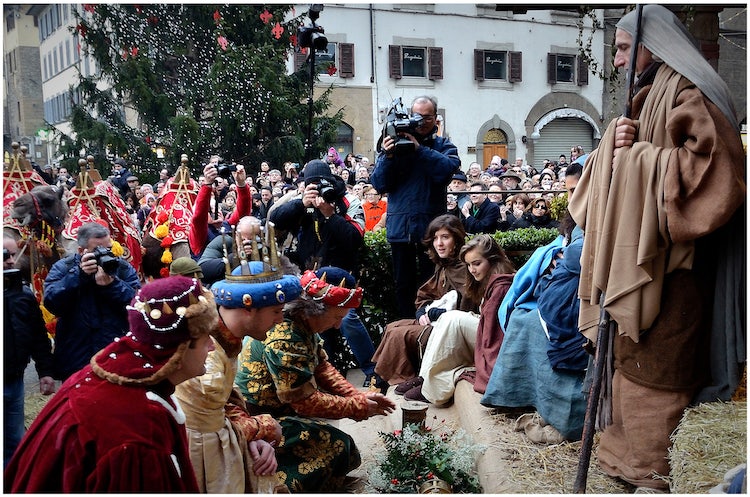 View more photos of the Cavalcade! »