Easter in Florence: Explosion of the Cart or the Scoppio del Carro

When: April 17, 2022 (yearly, every Easter Sunday)
Procession starts at 10am, Explosion at 11am
Where: Piazza del Duomo, area between cathedral and baptistery
Cost: free (be prepared for big crowds)

On Easter Sunday every year, Florence celebrates the religious holiday in a very special way. The Scoppio del Carro, or the "Explosion of the Cart", dates back over 350 years. An elaborate wagon built in 1622 and standing two to three stories high is pulled by a pair of oxen decorated in garlands through the streets of Florence to the square between the Baptistry and Cathedral.

Where did it all Begin?

This tradition finds its origins in events that are partly historic and partly legendary. A young Florentine named Pazzino, a member of the noble Pazzi family, apparently took part in the First Crusade in the Holy Land in 1099, where he gave ample proof of his courage (he was the first to scale the walls of Jerusalem and raise the Christian banner). When he came home, he brought back three flints from the Holy Sepulchre that he received for his act of courage. This reliquary, today preserved in the Church of SS. Apostoli, lies behind the Florentine celebration for the Resurrection of Christ.

Today, the ceremony still bears a strong resemblance to the way in which it has been celebrated for centuries. Starting around 10am, a priest rubs Pazzino’s three flints together until they spark and light the Easter candle; this, in turn, is used to light some coals which are placed in a container on the Cart and the procession delivers the Holy Fire to the Archbishop of Florence before Santa Maria del Fiore, better known as the Duomo. The cart is accompanied by drummers, flag throwers and figures dressed in historical costume as well as city officials and clerical representatives. 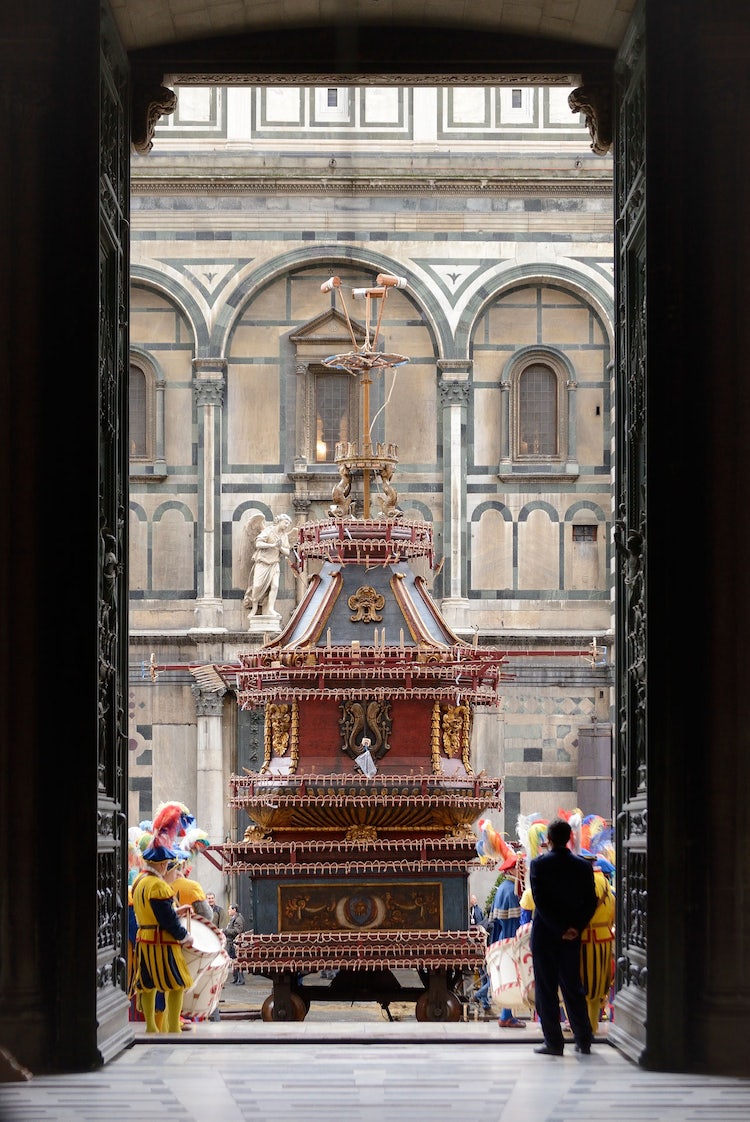 A Wagon Load of Fireworks

The Cart, properly rigged with a suitable arsenal of fireworks, then awaits in front of the cathedral. From the cathedral's altar, at around 11 am, when the "Gloria" is sung inside the church, the Archbishop uses the fire to light a dove–shaped rocket (called the “Colombina” and symbolizing the Holy Spirit) and this in turns flies out down a wire to the outside of the church and collides with the Cart in the square, setting off a spectacular firework display to the cheers of all, the Explosion of the Cart ensues!

If the complex ritual proceeds smoothly and all of the fireworks go off, good luck is ensured for a good harvest for this year as well as for the city and its citizens – so we hope for a wonderful explosion of the cart every Easter!

Check out more photos in our gallery below.

Watch our video of the Scoppio del Carro! 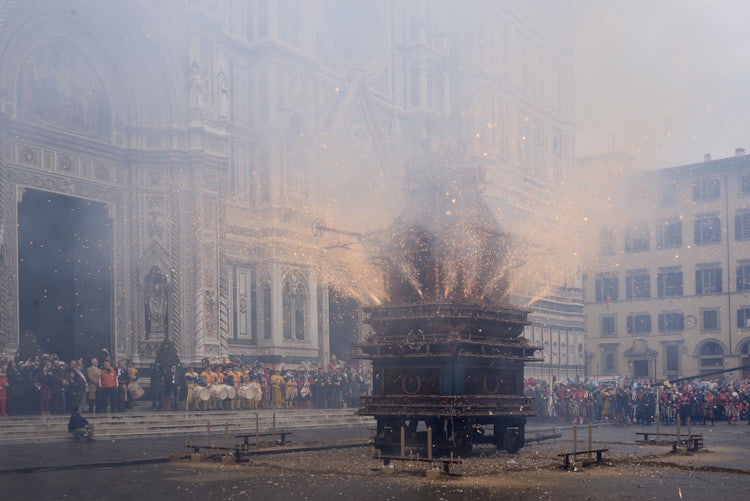 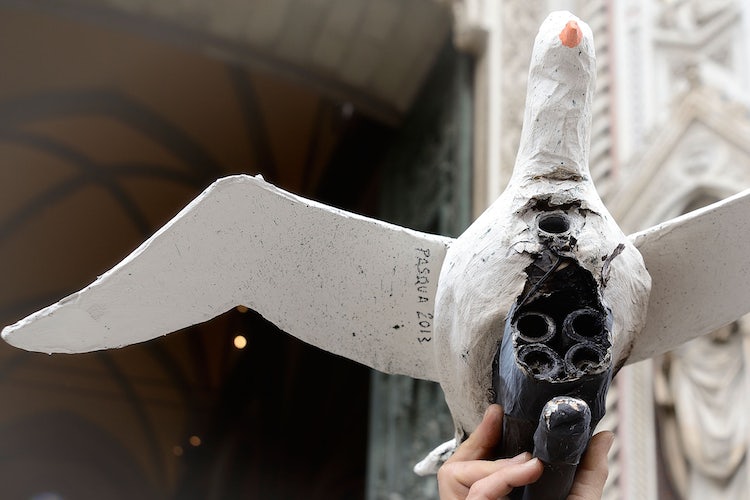 free (but be prepared for large crowds)