An Everlasting Symbol of Florence

Open all of the time, along the pedestrian zone south of Piazza della Repubblica towards Palazzo Pitti

Built very close to the Roman crossing, the Ponte Vecchio, or Old Bridge, was the only bridge across the Arno in Florence until 1218. The current bridge was rebuilt after a flood in 1345. During World War II it was the only bridge across the Arno that the fleeing Germans did not destroy. Instead they blocked access by demolishing the medieval buildings on each side. On November 4, 1966, the bridge miraculously withstood the tremendous weight of water and silt when the Arno once again burst its banks. 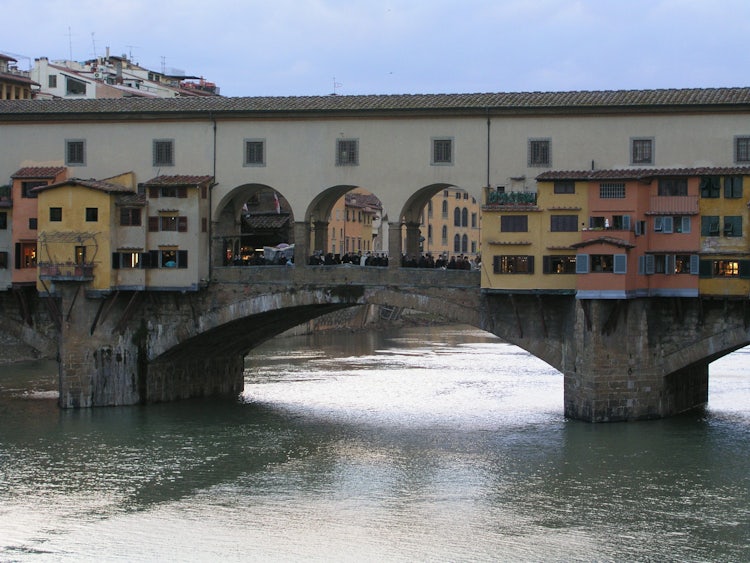 Who Built the Bridge?

It is possible to document the first bridge since 966 and even its reconstruction after the flood in 1345 however, the present construction is a bit of a mystery. Even though Giorgio Vasari, an artist & chronalist from the 1500s, attributed the bridge to Taddeo Gaddi, the construction seems to point more towards the involvement of the Dominican friars with their keen sense of proportion, harmony and use of numbers. We do know however that the bridge was built as a system of defense, and the windows and artistic elements that we can admire now were added after the shops were sold to the merchants.

When the Medici moved from Palazzo Vecchio to Palazzo Pitti, they decided they needed a connecting route from the Uffizi to the Palazzo Pitti on the other side of the Arno that would enable them to keep out of contact with the people they ruled. The result was the Corridoio Vasariano, built in 1565 by Giorgio Vasari and which runs above the little goldsmiths' shops on the Ponte Vecchio.

There have been shops on Ponte Vecchio since the 13th century. Initially, there were all types of shops, including butchers and fishmongers and, later, tanners, whose "industrial waste" caused a pretty rank stench in the area. In 1593, Ferdinand I decreed that only goldsmiths and jewelers be allowed to have their shops on the bridge in order to improve the wellbeing of all, including their own as they walked over the bridge. 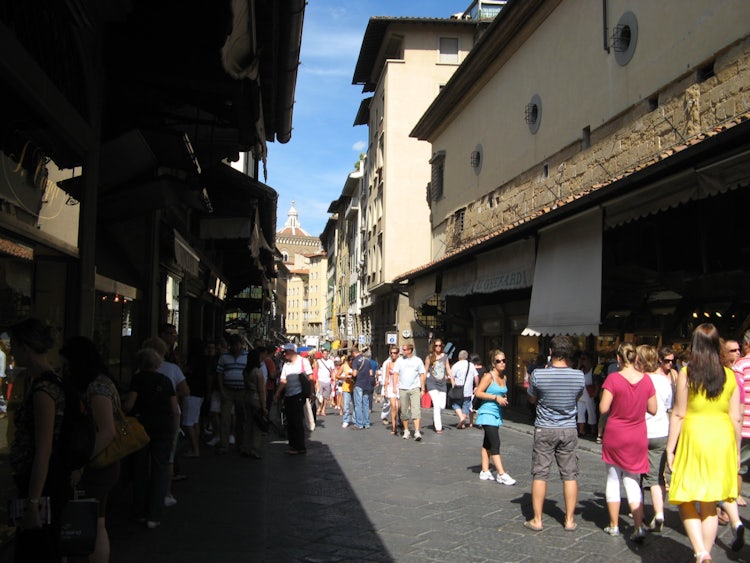 Benvenuto Cellini, a 16th century goldsmith, is honoured with a bust on the bridge. By night, the wooden shutters of the shops create a look like suitcases and wooden chests, making it a very suggestive route to take for an evening passeggiata, or stroll. Ponte Vecchio is a very romantic spot in Florence, with its great views over the river and of the bridge itself.

It is also possible to admire the bridge from underneath in theater presentations, the occasional concert and boat rides. After the disaster in 2016, there is talk of turning the work road constructed during the rebuilding of the river walls int a park area, where it will be possible to stroll the river banks and get a close-up view of the bridge. 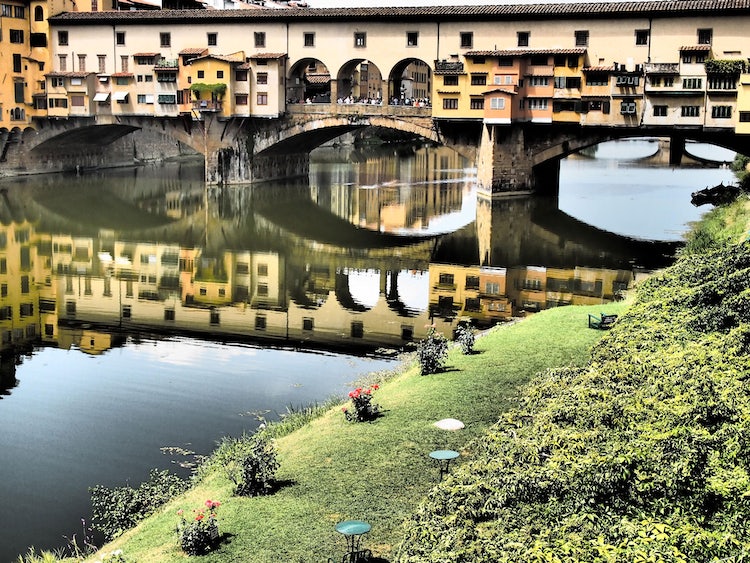 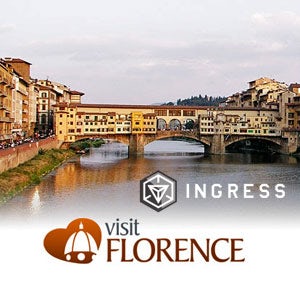 When you play our mission on Ponte Vecchio, you'll earn our badge!