Connecting the Corners of Florence, Italy

The 17th century facade of the San Marco church dominates the all but tranquil square; buses, students, tourists and locals crisscross this piazza in droves from early morning until late at night.

The classic four-sided square is located in the northern part of Florence, just a short distance from the train station, the Duomo and practically next door to Michelangelo’s marble statue of David housed at the Accademia Gallery. The piazza is a central hub for the comings and goings in the city center of Florence, connecting buses, streets and other squares, museums, monuments and people. This was just as true in the 1400’s during “the fire & fury” of Savonarola whose home was in the convent of San Marco as it is today. 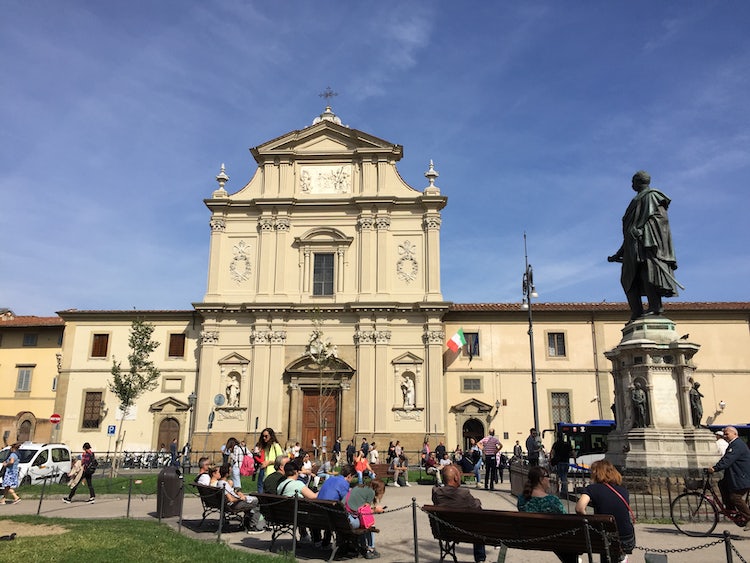 The Hub of the City

It’s not a lofty philosophical/bohemian center like that of Piazza Santo Spirito on the other side of the river nor does it host the famous Calcio Storico game like that of Piazza Santa Croce. This square is more like a welcome mat to those using the public transport system, loading up and heading to the far corners of Florence... or getting off to invade the inner roads and vias of the city center.

The piazza, named after the fabulous church of San Marco which sits on one side, sees literally thousands upon thousands of people everyday. It features a small green area surrounded by benches, normally packed with students, travellers and pigeons and lined by rows of "motorini" or Italian scooters. The trees were recently taken down (August 2017) and will soon be replaced with new greenery including lots of roses. In the center of the square there is a bronze statue portraying General Manfredo Fanti, a soldier and leader in battles for Italian independence and unification. 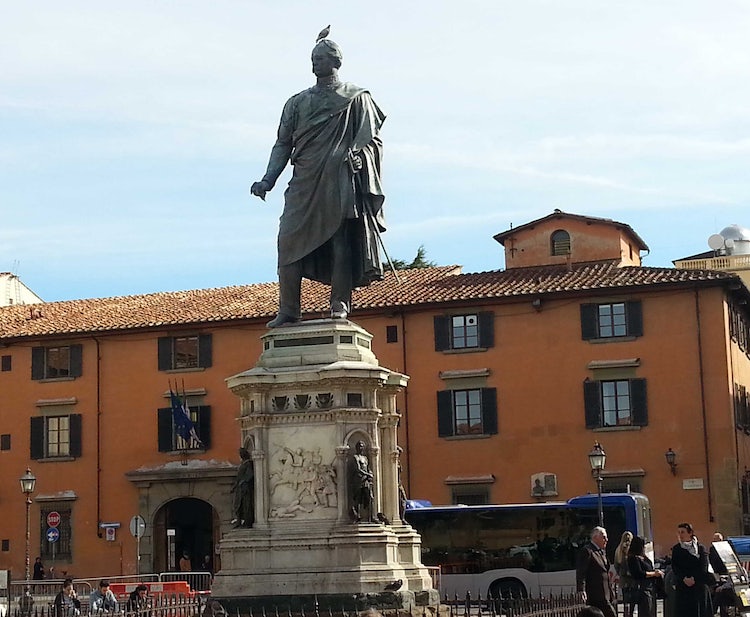 How to Best Direct your Feet

Most ATAF bus lines make Piazza San Marco their “end of the line” stop, so you can use this as an excellent place to plan any itinerary. Some of the places close by that you can easily reach by foot include:

Church and Museum of San Marco

Without a doubt if you find yourself in the Piazza, you should take a short detour and explore the interior of the church - and if you have enough time, include the museum to visit the stunning colors of Beata Angelico and the Annunciation.

If you follow the road on the left hand side (with your back to the church) you will find yourself in one of the more spectacular squares of Florence, Piazza SS Annunziata. As you look over the square, you can’t help but notice the newly opened Museum of the Innocents which has been totally renovated and reorganized. Once here, to your left is the imposing facade of the Santissima Annunziata, an ancient basilica and virtual art museum - definitely a must see in Florence. To the right of the church on the corner, the entrance is quite nondescript, and you might just pass right over the National Archeological Museum if you didn’t know it was there. It hides a collection that ranges from the Egyptians to the Etruscans to the Romans and more that should be viewed.

This little museum doesn’t often makes ones “to-do” list for Florence, however if you are curious about the distinctly Florentine art called “commesso fiorentino” or simply would like to admire up close the vivid colors of marble cut into designs then you just might need to make time for the Opificio delle Pietre Dure. 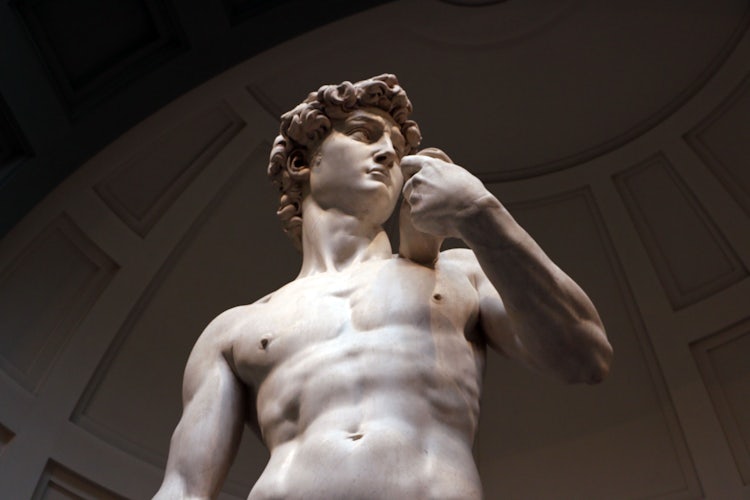 One of the top two museums visited in Florence is less than 100 meters from Piazza San Marco: just down Via dei Ricasoli you'll find the entrance to the Accademia, where among many beautiful pieces of artwork you will find the white marble statue by Michelangelo:

Every block of stone has a statue inside it and it is the task of the sculptor to discover it and nothing proves that better than David.

A stroll down via Cavour will lead you to the religious heart of the city, the cathedral and its multi-colored marble facade. You will first glimpse the ancient Baptistery, recently cleaned and particularly vibrant. Looming above the cathedral is Giotto’s Bell Tower. Behind the Duomo you will find a completely restructured museum dell'Opera that details the history of the Duomo and, in a certain sense, of Florence and the arts.

Catch a Bus and Explore

Most ATAF bus lines make Piazza San Marco and the neighboring Arazzieri fermata (near via Cavour 55) their starting or ending place.  "Fermata" is the Italian word for bus stop and it literally means stopped as in "end of the line". Both Piazza San Marco & Arazzieri are “end of the line” stops, so you can use this as an excellent place to plan any itinerary without worry (too much) about getting lost. Catch one of these ATAF buses and head outside of the center to explore:

You will find the bus stop Arazzieri around the corner from the church on via Cavour 55 and from here you can catch the ATAF bus number 12 which will transport you up to the panoramic vista of Piazzale Michelangelo. 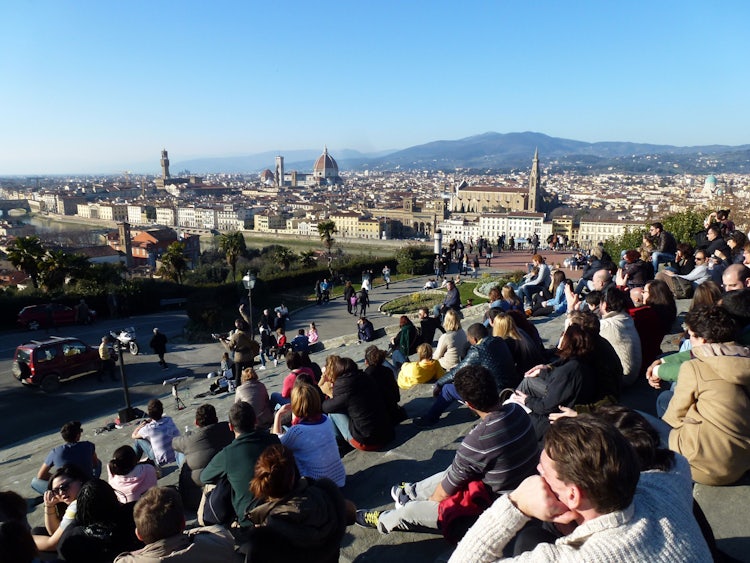 Another scenic route, from the bus stop Arazzieri, is ATAF bus number 23 which will transport you up to the scenic and tranquil gardens of Bardini overlooking the Arno River.

Catch the ATAF bus number 17 at bus stop Arazzieri, which is around the right hand corner (the church is at your back) to Piazza Puccini, where you are within less than 500 meters of the fabulous Villa Demidoff