This year, Florence is celebrating it’s patron saint’s feast day with “San Giovanni X 3“, a virtual festival that replaces the city’s usual June 24 celebrations given the safeguards Covid19 has imposed on everyone.

“San Giovanni X 3” is a joint celebration organized by Florence, Genova and Turin, who share a patron saint in San Giovanni, St. John the Baptist. June 24 is one of the most anticipated days in Florence, with the final match of the Calcio Storico Fiorentino played in Piazza Santa Croce and crowds cramming the Arno’s riverbanks to watch the fireworks from the Piazzale Michelangelo. Of course, there was no Calcio Storico tournament this year.

Instead, since such crowds would pose a major health risk with Covid19, the city has decided for a light show instead of fireworks, lasting from sunset until midnight. All of the doors and a few churches – specifically Porta San Gallo, Porta alla Croce, Torre di San Niccolò, Porta Romana, Porta al Prato, Porta San Frediano, San Miniato al Monte and Istituto degli Innocenti – will all act as canvases for the light shows. The highlight will be three streams of light cast onto the lantern at the top of Brunelleschi’s Dome.

June 24 is a day of culture with free entrance to the Museum of the Palazzo Vecchio Museum (10am-3pm), the Bardini Museum and Novecento Museum (both 3-8pm). Visits need to be booked in advance. The Galleria dell’Accademia will be free for Florence residents (9am-2pm).

In terms of music, singer-songwriter Irene Grandi and Niccolò Fabi, among others, will perform in Palazzo Vecchio’s Salone dei Cinquecento and Zubin Mehta will conduct the orchestra of the Maggio Musicale Fiorentino opera house in the Duomo in streaming from 8.30pm.

The major thing this year is that you can watch the celebrations wherever you are in the world! San Giovanni X 3 will be live streamed from the three cities on www.sangiovannix3.it. Duccio Forzano, famous for his Sanremo music festival direction, is in charge of the live broadcast, which will be hosted, in Italian, by presenter Carlo Conti. The show can also be followed on TV: on Rai Premium (channel 25 DDT) from around 9pm, and in streaming on RaiPlay in addition to the website.

“It will be unforgettable,” promised Mayor Nardella, “maybe even more special than the usual festival of San Giovanni. I have faith in the curiosity of Florentines and of all the Italians.” 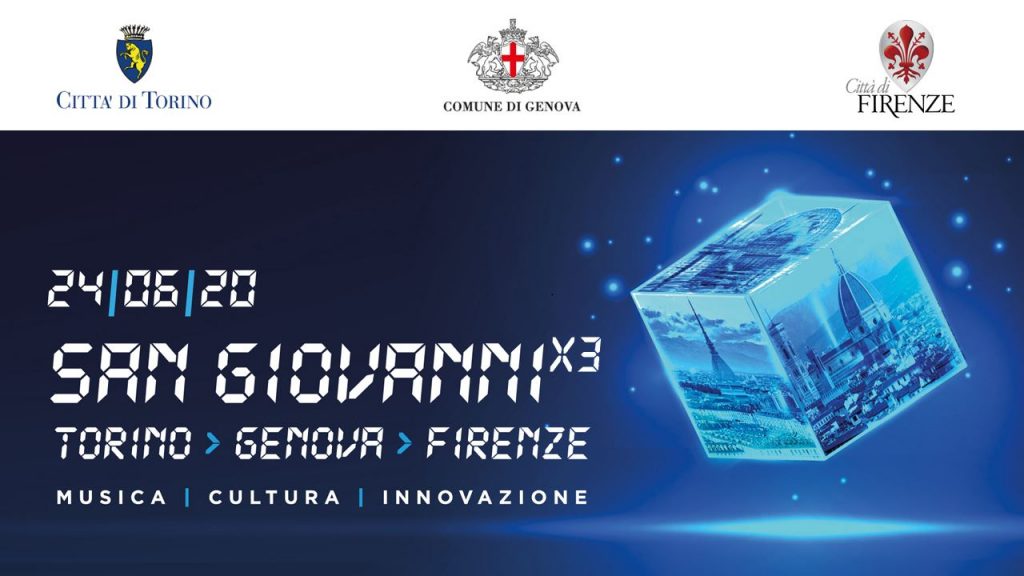