A Lesson in Grandeur: the Public Image of the Strozzi Family

The Florentine families of wealth and power were constantly striving to best their neighbor - and many architectural "novità" (novelties) can credit their existence because one family wanted their house to be bigger, better and more dominating than "the other guy's " mansion.

This would be why we have buildings like Pitti Palace and Palazzo Strozzi.

Check the boxes on the right for map, address, hours and link to the official museum website.

The Strozzi family, undoubtedly one of the richest Florentine families until it was exiled from Florence in 1434, suffered through many political and financial competitions with the Medici family. After their exile, Filippo Strozzi worked to accumulate the funds which allowed him to regain his powerful position and re-enter the city of Florence. In 1466, he came back with a mission...squash his rivals...with a vengeance.

Once within the walls of the city, his first step was to build a home that would be a physical representation of his power and wealth; more noticeable, more prestigious and...just plain bigger than everyone else's, especially that of the Medici family.

In fact, Palazzo Strozzi was deliberately designed to be larger than Palazzo Medici. 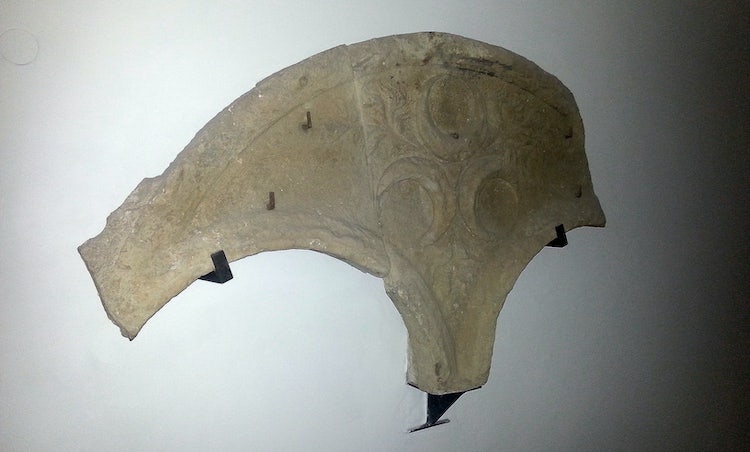 With determination and some political maneuvering, Filippo bought up property surrounding his family home during 1470's to create a plot of land large enough for his construction. The rival families created many obstacles, and the entire process held much intrigue and even a few interesting quirks. At one point, he had to petition Lorenzo il Magnifico (in other words the Medici Family) to gain permission to straighten the borders around his new home to be - and in exchange he had to promise to start building within a year of the authorization and if he were to interrupt the construction everything would be confiscated by the government.

But he was persistent and he finally broke ground in 1489.

Where to find Palazzo Strozzi:

Start in the landmark Piazza della Repubblica. Pass under the triumphal arch, onto via degli Strozzi. Walk approximately two blocks to arrive in the Piazza Strozzi on the left.

The appearance of the palace is similar to a small fortress built to a rectangular plan with three floors. Though much restructured internally, it is possible to still appreciate the original plan and beauty of the exterior and in the courtyard of the building.

One of the building's main features is the accuracy with which the canons of fifteenth century architecture were observed in constructing the façade: symmetrical and linear, it is built from massive blocks of stone, large and rough-hewn in the lower part of the building, smoother towards the upper storeys. 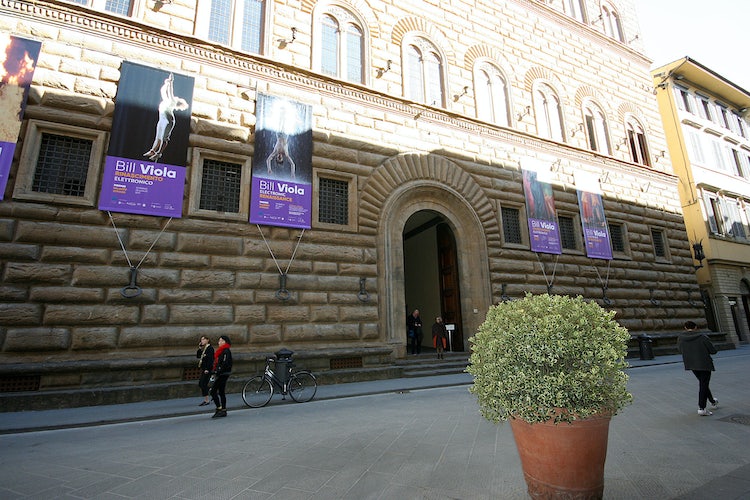 As you walk around the exterior there are several points of interest in the structure that have had critics define it as one of the finest examples of Renaissance domestic architecture: 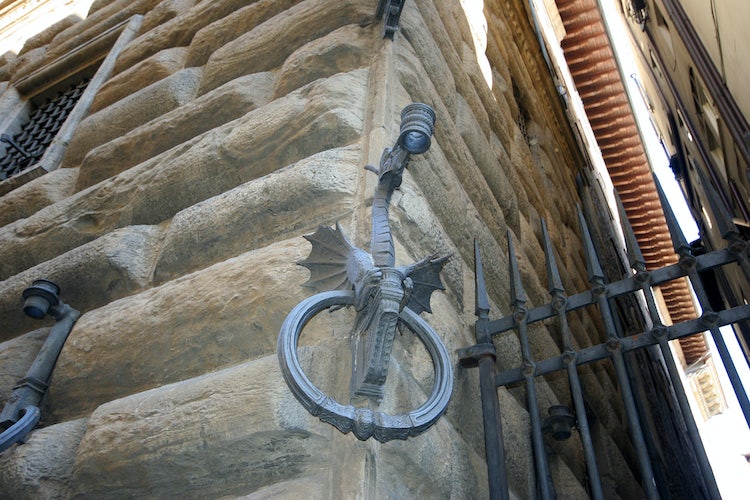 ⇒ The arched portals on each of the three sides overlooking the street and square.

⇒ The courtyard is surrounded by a stone arcade 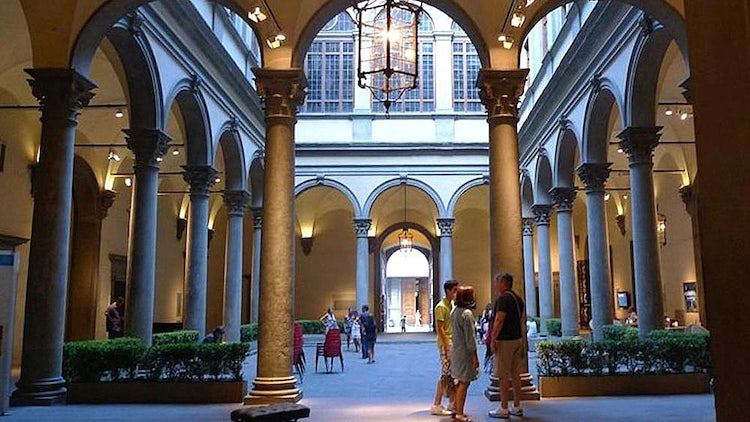 ⇒ And glancing up to the second floor, there is a portico overlooking the courtyard often used for receptions and parties

⇒ The majestic semicircular arches crowning the huge doors on the three sides. 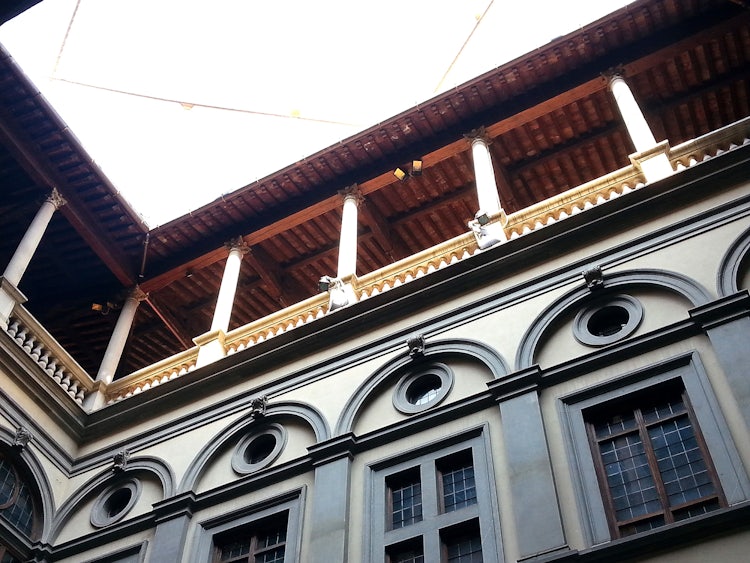 The construction was finished in 1538 and stayed in the Strozzi family until 1937, when the last heir passed away. Since the Second World War the Palazzo has been Florence's largest temporary exhibition space hosting modern and contemporary art shows.

Bringing Art to Everyone

Since its creation, the Fondazione Palazzo Strozzi has made its mission to help make Florence a "dynamic contemporary city, and thereby contribute to renewed quality tourism, increased economic growth".

The foundation opened the large spacious halls and transformed them into rooms that would contain works of art of various types, from yesteryear till today and dimensions that varied from small to immense.

Using the main villa and an area called the "Strozzina" the foundation reaches out to encompass themes with classical artists and those experimenting with different types of media - canvas, video, wood and more. 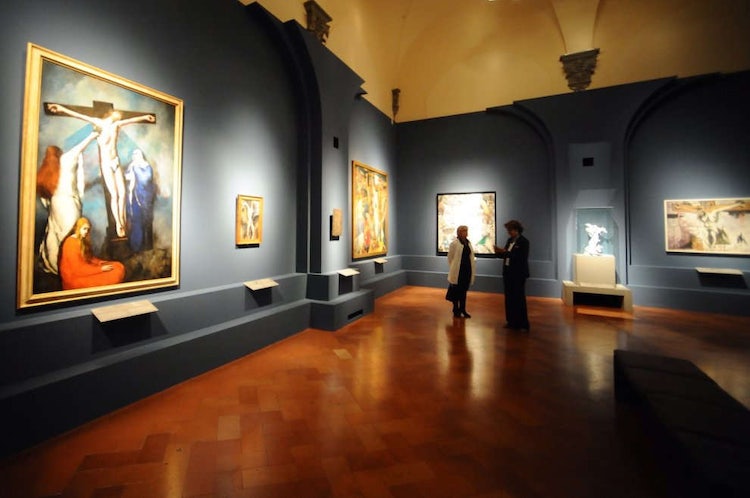 The Palazzo Strozzi now hosts three major exhibitions annually, and there is one permanent exhibition which concentrates on the history of Palazzo Strozzi.  Check our VisitFlorence Exhibits Calendar for what is showing now.  In November 2007 the spaces under the courtyard were re-opened as the Centre for Contemporary Culture Strozzina (CCCS), commonly referred to as just "la Strozzina". This space now hosts a wide variety of activities including exhibitions, events, lectures and programmes.

Palazzo Strozzi is more than just exhibitions, it's also a workshop for experimenting with new ways of relating to art with activities and events for families, young people and adults.

Of particular note, Palazzo Strozzi has an active calendar which reaches out to all sectors of the public especially families, children and those with Alzheimer's, autism or special needs. Check their website for a calendar of activities in Italian and English. 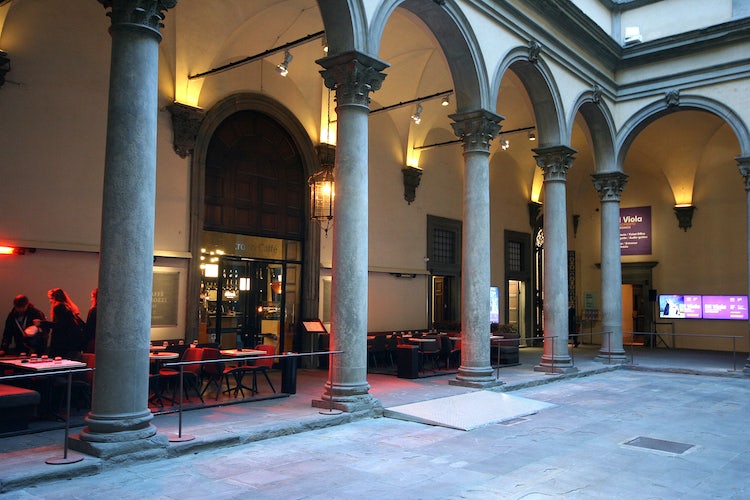 A relaxing couple of hours people watching, nursing a coffee, glass of wine or a meal can be spent inside the courtyard of Palazzo Strozzi, at the Strozzi Café Colle Bereto Winery which is open both to visitors to Palazzo Strozzi and to the general public. The hours/days are Tuesday to Sunday from 8.00 am to 00.30 am and Monday until 8.00 pm.

Located just within the “cerchia antica”, the antique walls of the city, Palazzo Strozzi dominates the area, along with a few other noteworthy structures. Much like the fate of Piazza Repubblica, this square was subjected to a forced remodeling to “clean up” the area in honor of Florence’s title as the country’s capital...which it lost shortly thereafter to the city of Rome.

The first, and most obvious, is the main square Piazza Strozzi. This square at one time was called Piazza delle Cipolle (the Square of the Onion) making reference to its use as one of the city food markets. There is a plaque from 1762 on the corner of the Palazzo Strozzi, which “vieta il commercio dei cocomeri, di frutta e di ferrivecchi, pena severe multe” (prohibits the sale of watermelon, fruit and iron piece, punished with severe fines). 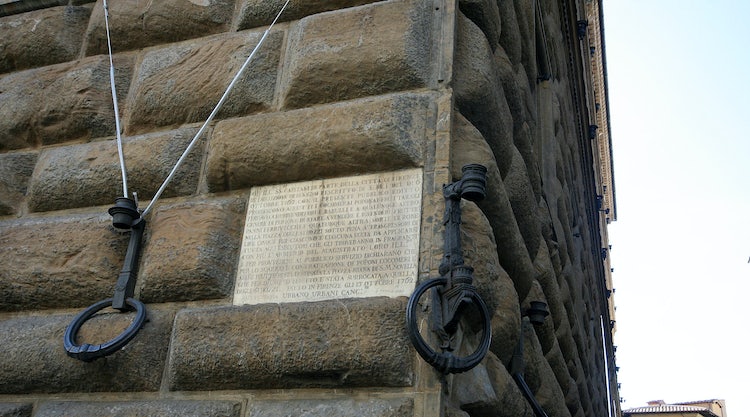 Portions of this building still exist in the form of one of the English movie theaters in Florence. This building is actually older than the Palazzo Strozzi, and the original architect was that of the famous dome on the Cathedral: Brunelleschi. However the building was not considered as beautiful as the newer, so it picked up the name “palazzino” or little mansion. The actual cinema, built in the early 1920’s, was constructed in what was once the internal courtyard of the antique building, and is considered to be one of the noteworthy examples of Florentine "decò" architecture.

Perhaps one of the tallest in Florence, the Torre degli Strozzi, was the original home of the Strozzi family. You can still see the holes in the wall which were used for wooden planks to create terraces and “bridges” to other buildings nearby. 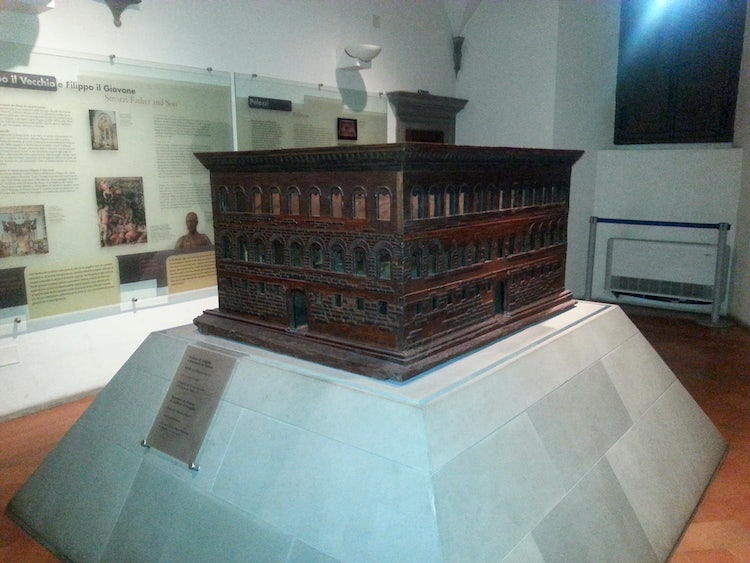 For more information on special events, for future or on-going events and tickets please check the Official Website