The Changing of the Guards in Florence

Posted on February 2, 2017 by Donna Scharnagl

Flourish and fanfare in the city center

translate into a Historic Pageant and the Changing of the Guards on Sunday February 5th.

The stories and legends that surround Calcio Storico also lay the grounds for one of the major events this February in the city center of Florence: the mounting of the guard at Palazzo Vecchio.

As you visit the museums with free entrance on the first Sunday of the month, be sure to leave time to watch this colorful event which will take place at 9, 10, and 11 am, then again at noon and 1 pm in Piazza Signoria. 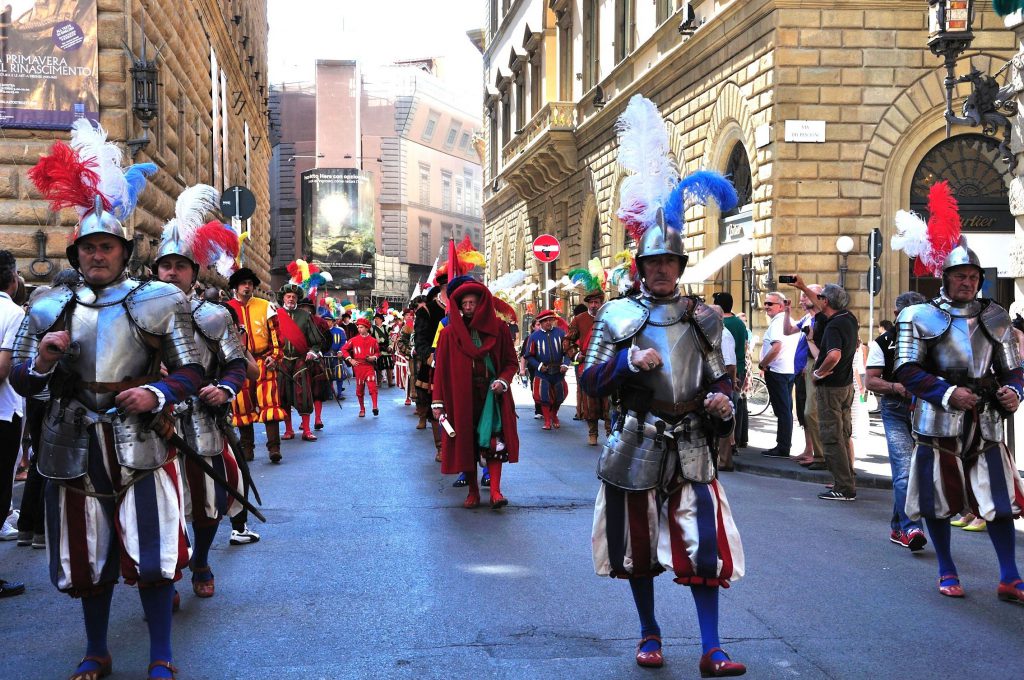 Pageantry with Color and Rhythm

Starting from the Palagio di Parte Guelfa, you can follow the Florentine Republic’s Historical Pageant as it winds through the vias of Florence. The parade route is easy to find as it twists down Via Pellicceria, to Porta Rossa, then Piazza del Mercato Nuovo, following Via Calimala, and Via Vacchereccia and finally ending in front of the towering civil government building and museum, Palazzo Vecchio. 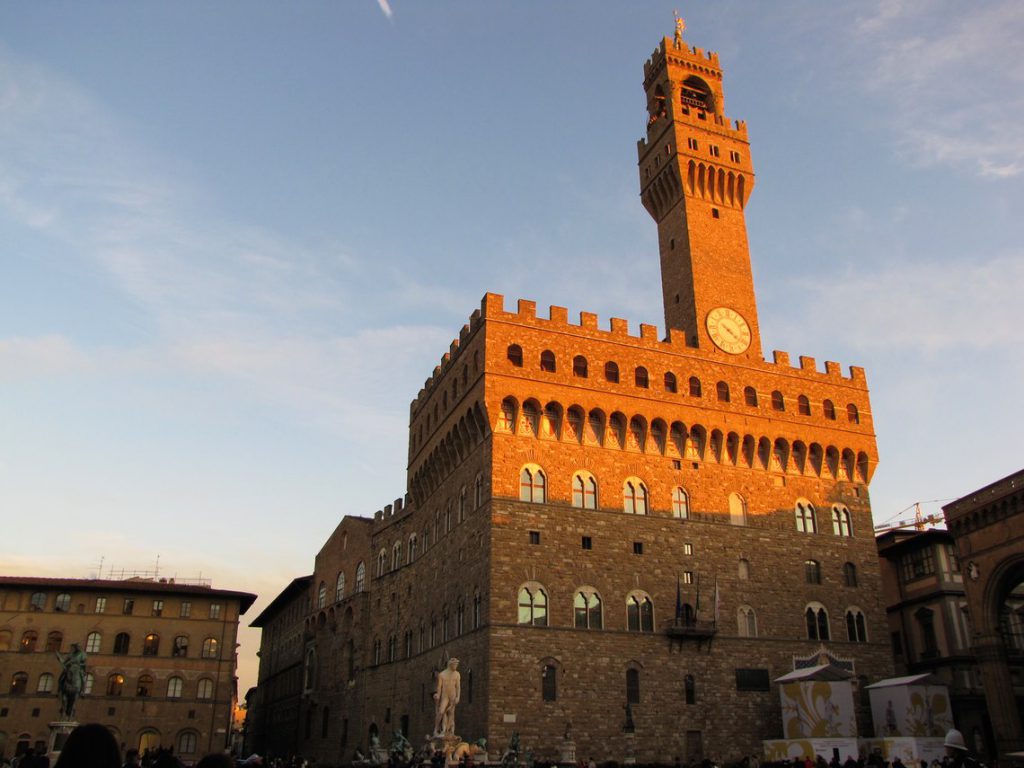 Or you can just follow the call of the trumpets and the roll of drums as they echo off of the ancient walls, just as they did almost 500 years ago. From this vantage point you can watch as the colorful costumes and actors take the procession to the doors of the Arengario where it will be possible to witness the Fante del Palazzo (the special troops who served to protect the Palazzo) mount the new guard.

It was the threat and siege of Holy Roman Emperor Charles V, on the 17th of February 1530 that gave us both the custom of changing the guard but also strengthened the tradition of the famous game of Calcio Storico reenacted every year between the four factions of Florence. Intended as a statement of indifference to the danger that stalked the city outside of the city walls, these events had a strong symbolic impact of solidarity on those within the boundaries. 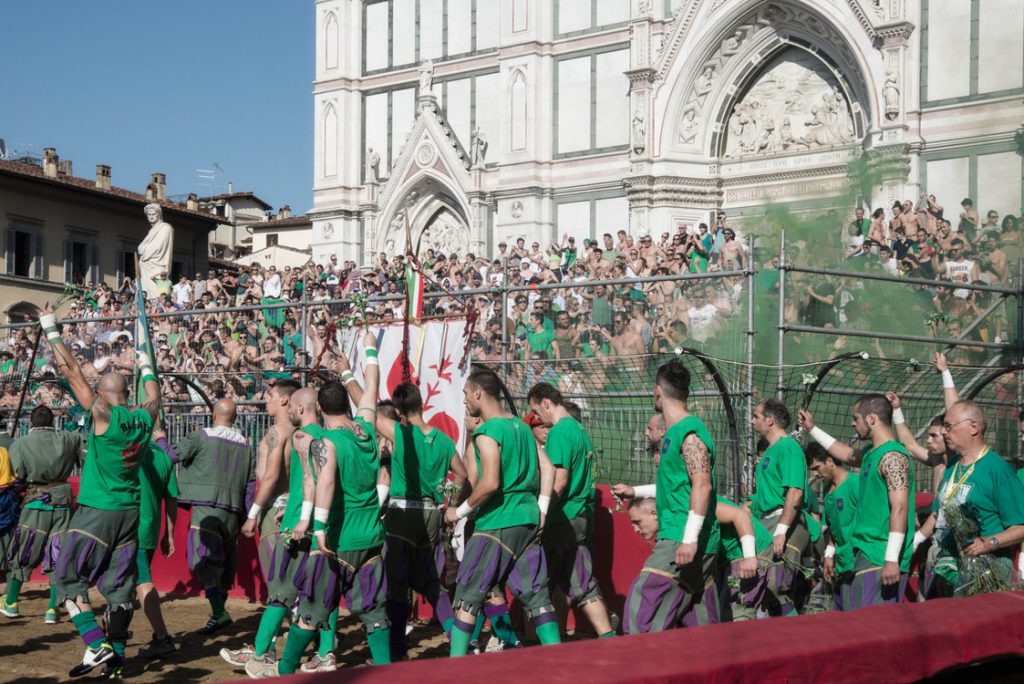 “The Battle of the Siege”, when Florence struggled without allies against the Imperial troops of Charles V, signaled the return of the Medici family after their exile. Even under the stress of the battle, the match served as a challenge to the foreign troops, demonstrating just how little the Florentines felt the weight of threat just beyond its walls – even though they eventually fell in August 1530. This game, a mix of soccer, rugby and American-styled football will be reenacted in traditional Bianco and Verde costume (the Green team against the White team) on the 17th of February in front of the Santa Croce Church at 2 pm.