The Vasari Corridor to reopen in 2021

The Vasari Corridor, the elevated walkway that connects Palazzo Vecchio passing through the Uffizi Gallery over Ponte Vecchio and ends at the Boboli Gardens/Palazzo Pitti, has been closed since 2016 for security reasons. Today, director Eike Schmidt of the Gallerie degli Uffizi, announced the 10 million euro project to reopen the Corridor in 2021 to the general public, with a whole new setup and a special ticket.

The project, presented today after 18 months of study, research and investigations is finally ready. Tens of specialists worked during this time to evaluate the current state of the Corridor and the various solutions the restructuring had to take. For example, the Corridor will reopen completely accessible to disabled visitors, something that was not possible before, with an integrated set of ramps, lifts and elevator which will overcome every part of the route that had steps. The Corridor will also have bathrooms and, for the first time ever, a climate control system to offer both heating and air-conditioning to regulate temperatures inside. Lighting will be with low-consumption LED lights, and a video surveillance system will cover the entire kilometer length of the Corridor.

Among the main works planned are the creation of new security exits: a total of 5 are planned, including one through a pylon found shortly after crossing Ponte Vecchio on Via de’ Bardi that dates back to the reconstruction after World War II and another at about the Cortile delle Cacce inside the Boboli Gardens. Two arches that were closed of the Corridor will be reopened for this purpose.

The photo above shows the Corridor as it was with the selt-portraits along its walls before it was closed, the video below shows a fast-speed trek through the Vasari Corridor as it is today with all of the paintings removed.

The program plans a structural consolidation and restoration of the interiors, which have not been done for a few decades. Not only will the interiors get a fresh layer of paint, the floor will be completely removed and remounted in antique terracotta. The reviews and, thus, the project does not foresee the necessity for any work to be done on the exterior of the Corridor, other than some work in the Cortile delle Cacce in the Boboli Gardens required for the safety exit.

The route and new exhibition collections within

The Vasari Corridor, once it reopens, will be accessible from the ground floor of the Uffizi Gallery, along the Western end next to the Auditorium Vasari. It will have its own ticket office and metal detector for visitors arriving to visit the Corridor. An elevator will take visitors to the first floor where the entrance into the Vasari Corridor will be placed (entrance used to be down a flight of stairs from the second floor). The Corridor will once again only be open in one direction, from the Uffizi museum (entrance) toward Palazzo Pitti (exit). Maximum capacity will be 125 visitors at any time, in order to ensure the safety of everyone inside. At the end of the Corridor, visitors can decide whether to exit the Boboli Gardens or continue on to the inside of the Palazzo Pitti, arriving near the Palatine Gallery.

As far as the new collections, the over 700 paintings of self-portraits the Corridor housed over the past decades will no longer be inside: they have been removed over the past year and will be moved to a series of rooms on the first floor of the Uffizi Gallery (to be opened soon).

Since the Corridor will have the function of a panoramic walkway with views onto Florence, over 73 round windows (like the one above) along the Corridor will be “reopened” to allow visitors to admire the view of the historical center from new points of view. The windows had been closed to protect the self-portraits from natural light.

About 30 ancient sculptures and a collection of Greek and Roman registers (in the museum’s deposits since the 1800s) will remain to decorate the Corridor, with a space dedicated to the 16th century frescoes by Giorgio Vasari that decorate the exterior walls of the Corridor along Ponte Vecchio. These had been removed at the end of the 1800s, restored in the 1960s and only shown in temporary exhibits to return to the museum’s deposits, where they are today. 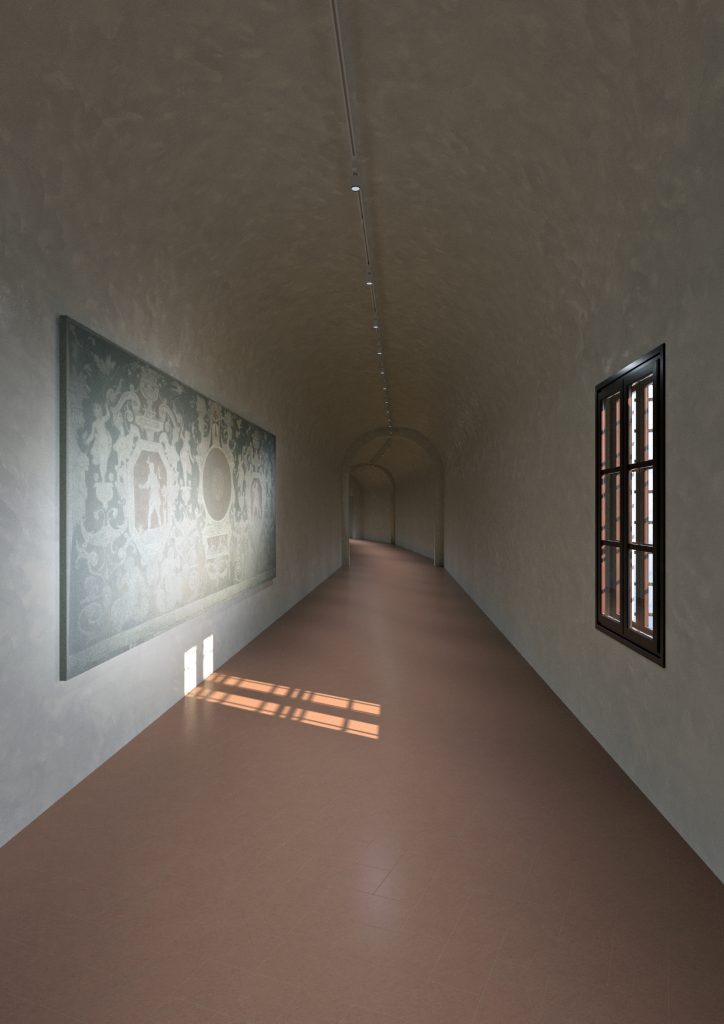 In addition to the panoramic views, the Corridor will also present two historical memorials: at the start of the route, on Via Georgofili, visitors will be able to see the exact point where a car bomb in 1993 caused death and destruction. Giant metallic reproductions of photographs of the bomb’s aftermath will replay the dramatic moments and the paintings that were destroyed, including the recently restored “The Card Players” by Bartolomeo Manfredi and the “Nativity” by Gherardo delle Notti. The second memorial will be right after the Ponte Vecchio and be dedicated to the devastation on the city of Florence by the Nazi troops during the Second World War, focusing on the devasting night of August 4, 1944, so-called “Night of the Bridges” when the bridges over the Arno were bombed. Thankfully, Ponte Vecchio was spared, but each end was still destroyed. 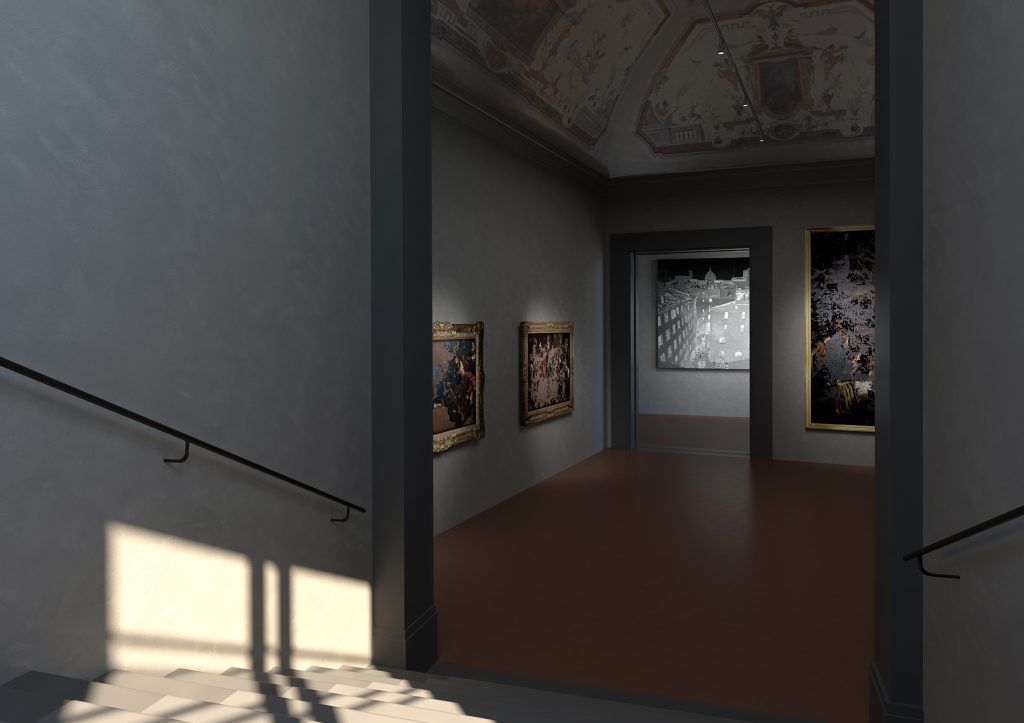 The Vasari Corridor will then be open daily but will require booking, considering the number of visitors has to be closely controlled. The plan is to be open whenever the Uffizi Gallery is open (from Tuesdays through Sundays), with an additional two Mondays every month when the Boboli Gardens are open. A special ticket will be created: the cost is foreseen at 45 euros in high season (March-October) and 20 euros in low season (November through February). The museum is also studying the creation of a full integrated ticket that will allow visitors to visit not just the Corridor but also Palazzo Vecchio, the Uffizi Gallery, Palazzo Pitti, the Boboli Gardens, Forte Belvedere and the Bardini Gardens. 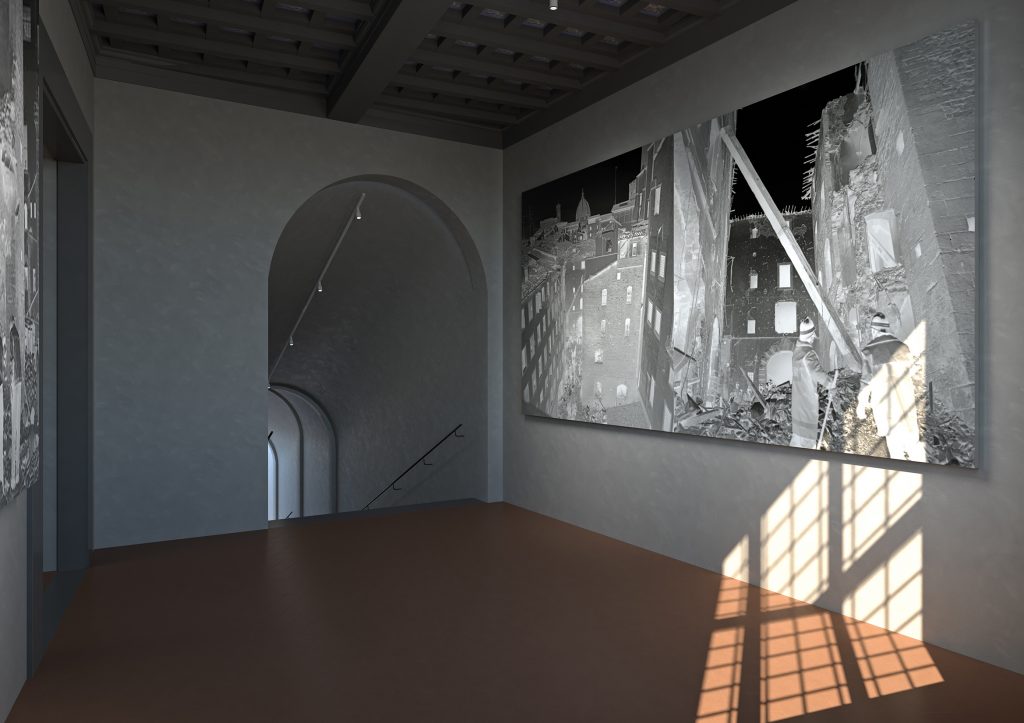 The director of the Uffizi Galleries, Eike Schmidt, calls the reopening of the Corridor “a democratic reopening” that will allow visitors from all over the world to visit the Vasari Corridor. Estimates are that half a million visitors will be able to visit the Corridor once it reopens.

Like the Uffizi Gallery, the Vasari Corridor was built following the project of architect Giorgio Vasari for Cosimo I de’ Medici in 1565 in just over 6 months to celebrate Cosimo’s son Francesco’s  wedding to Joann of Austria. Its purpose was to permit the Grand Duke and his family to move from Palazzo Vecchio, seat of power, and the Uffizi, which were the administrative office for the government, and their home in Palazzo Pitti. You can read more about the Vasari Corridor here.

The Corridor was used by Adolf Hitler and Benito Mussolini during their visit to Florence in 1938.

It was partially destroyed by Nazi troops during the occupation in 1944 when some parts were used by the Resistance as a way to connect the two sides of the Arno river.

It was closed in the early 20th century and only accessible over the last few decades to special visits, and then to organized groups with “special” permissions until it was completely closed in 2016 for security reasons.

The idea to reopen it to the general public has been discussed since 1964; it was only in 1995 that Antonio Paolucci, the then Minister of Cultural Sites in Italy, created a commission to study the possibility of increasing the Uffizi Gallery’s space and, for the first time, the idea was actually looked at in a more concrete way.

Some trivia on the project and the Vasari Corridor

The Vasari Corridor, from Palazzo Vecchio to Palazzo Pitti, is 760 meters long, while it is only 505 meters long from its entrance at the Uffizi Gallery museum.

10 million euros have been set aside to finance the reopening project – a year and a half is the forecast for the project to be completed.

125 people is the maximum number that will be allowed at any one time inside the Vasari Corridor.

500,000 visitors are estimated to visit every year once it reopens.

45 euro will be the cost of the ticket to visit the Vasari Corridor in the high season; 20 euro in the low season (groups of students will be able to visit free).

5 new security exits will be created along the route.

2 historical memorials, frescoes from the outside of the Corridor and ancient sculpture and Greek and Roman registers will be placed along the interior of the Vasari Corridor.

The executive project contains over 1000 pages, with over 23 specialized essays and 2435 photographs, all completed over the course of the months since the Vasari Corridor was closed in 2016.

All photos and videos provided by Press Office of Opera Laboratori Fiorentini for the Gallerie degli Uffizi.