The summer season offers Florentines and tourists alike the opportunity to discover the “hidden” parts of the city, by opening the doors to some historic places that traditionally only available during the summer months.

We are talking about the towers, the gateways to the city and the city walls, all of which have been restored in a way that make it easy for visitors to explore – even if it is only for a few months a year.

The places which are open to the public include Torre San Niccolò, the Torre della Zecca, Porta Romana and, brand new this year, Baluardo a San Giorgio. 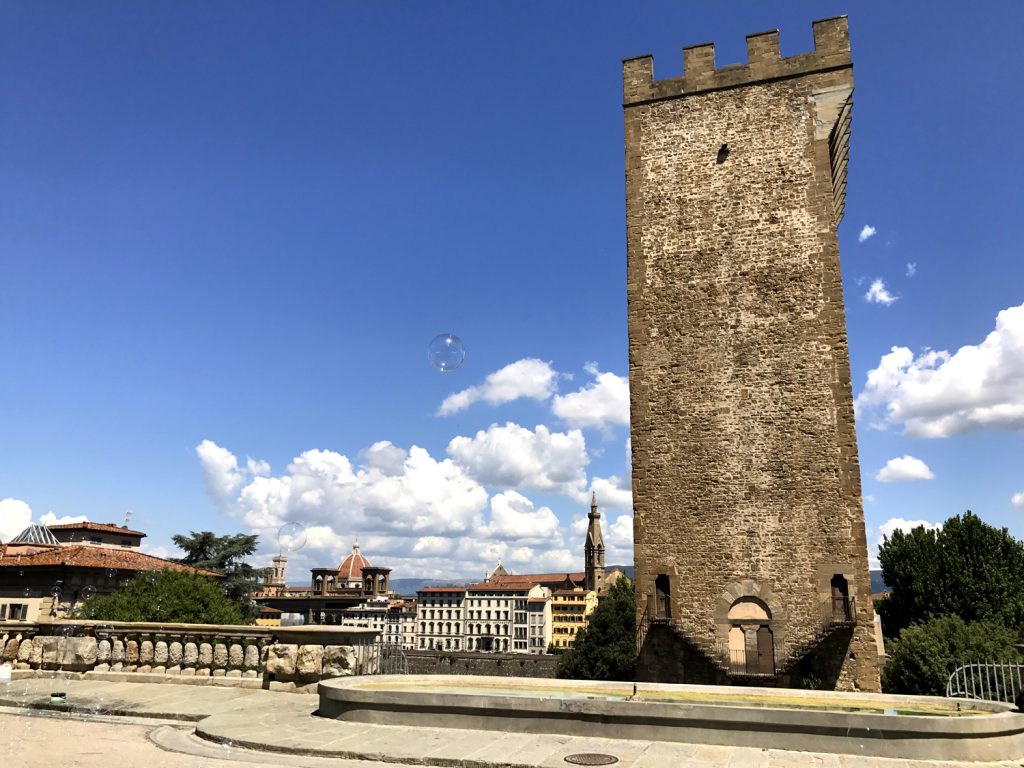 The Tower (Torre) of San Niccolò in Piazza Poggi is the only monument open everyday ( from 5pm till 8pm until August 31st and from 4pm till 7pm from September 1-30) and therefore this is the easiest tower to visit. Built around the middle of the 1300’s, it still retains its original height and offers a fantastic panoramic view, especially at twilight.

The Torre della Zecca in Piazza Piave gets its name from the Florentine “zecca”, this is where at one time they minted the Florentine coins – the zecca and the fiorini della Repubblica Fiorentina.
The tower will be visitable on July 15 (5pm-8pm) – August 19 (5pm-8pm) – September 16 (4pm-7pm) – October 14 (3pm-6pm) with a guided tour which lasts approximately 30 minutes.

Similar to the 2 preceding towers, the Porta Romana makes up part of the latest city walls of Florence, which were designed by Arnolfo di Cambio and constructed in the 1300’s. The entrance starts at via Gusciana, where it is possible to follow parts of the wall which still exist and actually climb to the top of some sections to arrive at the actual door/gate.
Porta Romana will be visitable on July 11 (5pm-8pm) – August 26 (5pm-8pm) – September 23 (4pm-7pm) – October 21 (3pm-6pm) with a guided tour starting every 30 minutes.

The Baluardo a San Giorgio, is located close to the Porta San Giorgio. It was built in the middle of the 1500’s and incorporates part of the existing walls. Today it is the headquarters and practice area for the Compagnia Balestrieri Fiorentini, the archery club of Florence. This is the only one of the four areas which is accessible to those with physical handicaps.
The Baluardo a San Giorgio (via Belvedere 2) will be open to the public on July 8 (5pm-8pm) – August 12 (5pm-8pm) – September 9 (4pm-7pm) – October 7 (3pm-6pm) with a guided tour starting every half hour.

Entrance to the above is possible only for those who are 8 years or older, and there is free entrance for those under 18 years old. The cost is 4€ and it includes the guided tour. All visits are suspended in case of bad weather.
It is highly suggested that you make reservations, either by calling Mus-e at Palazzo Vecchio: 055-2768224 or on the website: musefirenze.it/torri-di-firenze-2017/.