The Last Supper of San Salvi in Florence

The Last Supper by Andrea del Sarto: Saved by chance and then hidden for hundreds of years

Another stop along our "Cenacoli" trail takes us out of the city's historical center. This hidden jewel was perfectly described by Giorgio Vasari as an "Endless majesty with its absolute grace of all the painted figures". Andrea del Sarto, the flawless painter, is the author of the Last Supper kept in the Great Refectory of the San Salvi convent. 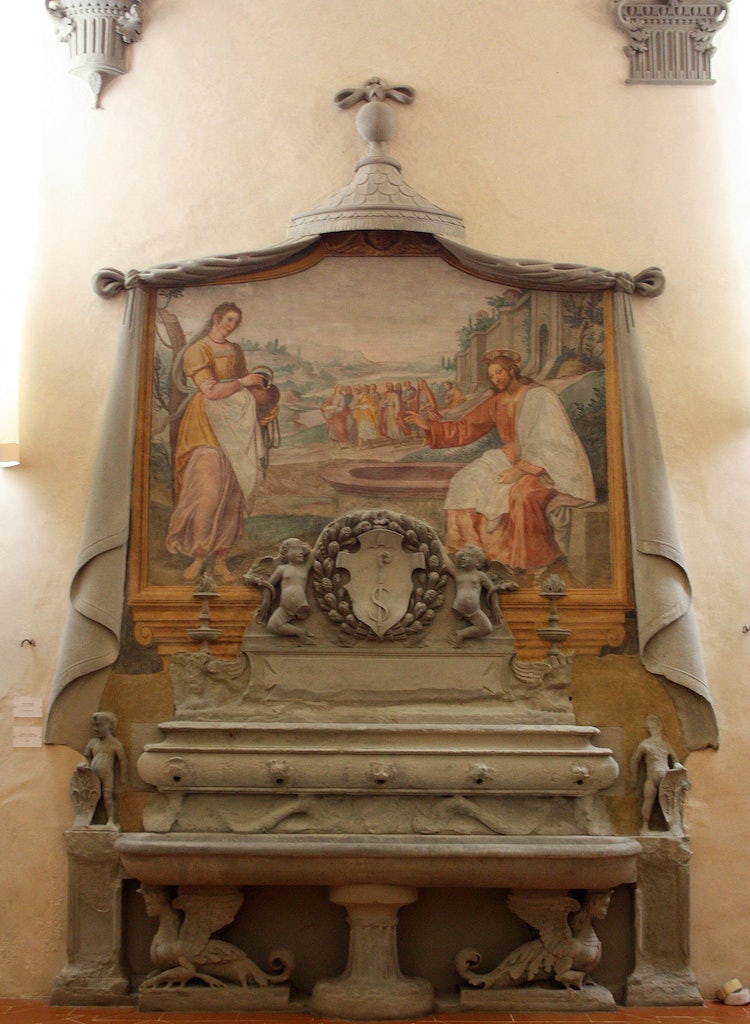 The origins of the monastery take us back to 1048, when Saint Giangualberto founded the monastery dedicated to Saint Michael in San Salvi. The order (“Vallombrosani”) became so powerful that the monks could praise themselves to be able to walk from Vallombrosa Abbey to Florence (almost 40km of distance!) by walking exclusively through their properties.

Finding Space at the Monastery

Over the centuries the monastery was enlarged and enriched with important art commissions like the famous "Baptism of Christ" by Verrocchio and Leonardo da Vinci (now housed at the Uffizi Gallery). At the beginning of the sixteenth century, thanks to large donations by the Abbot Ilario Panichi, the Great Refectory was added to the complex with an adjoining lavatory room and kitchen. Once it was completed Abbot Panichi entrusted the young Andrea del Sarto (1486-1530) with the decoration of the Cenacolo along the back wall. 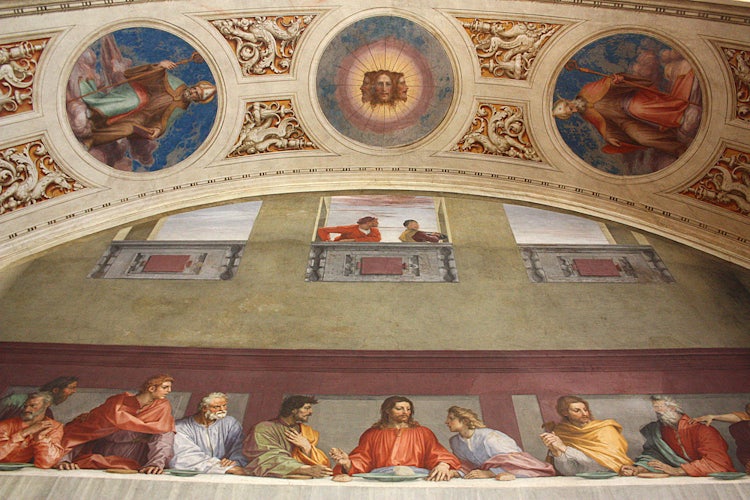 Contraversy Over the Style

Initially the artist painted just the under-arch, with the help of some pupils like Franciabigio, one of the greatest talents of his workshop. The long arch features grotesque (grotto style) decorations and five medallions dedicated to patron saints of the Vallombrosani monks: Saint Giovanni Gualberto, Saint Salvi, Saint Bernard Uberti and Saint Benedict. 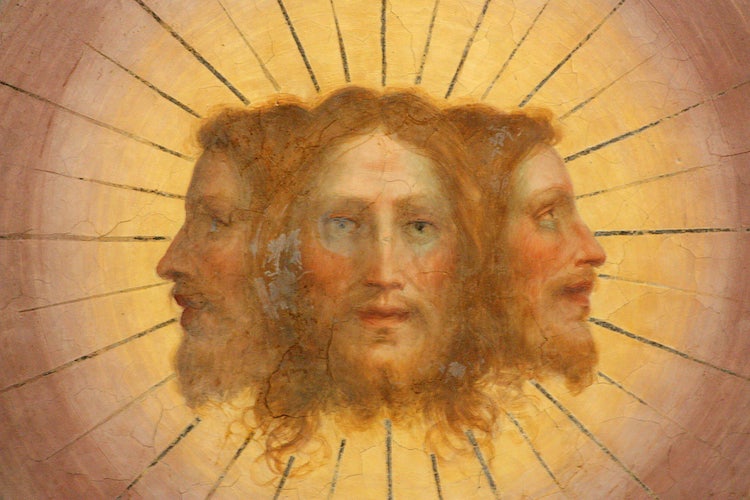 The fifth medallion, the central one, depicts the Trinity through one of the most debated spiritual symbols reintroduced by Savonarola: the Trifrons. The frescoe painting was then suspended for about fifteen years, until Andrea del Sarto was called back in 1527 to create the Last Supper: the job was eventually completed in only 64 “giornate” or work days!

Andrea expressed his artistic maturity, deep devotional intensity and important search on changing color effects throughout the wall (over 8 meters long and almost over 4.5 meters tall. Around the table, set with a white tablecloth, all the Apostles are depicted around Jesus on the same side. As compared to Leonardo da Vinci's Last Supper in Milan, Judah is actually not located on the other side of the table. Not only that, he is sitting to the right of Jesus, faithfully respecting the Gospel of John while he receives a piece of bread. Note how the Apostle John reaches out with one hand, and Jesus covers it in a delicate gesture of affection, one of the most touching part of the entire painting. 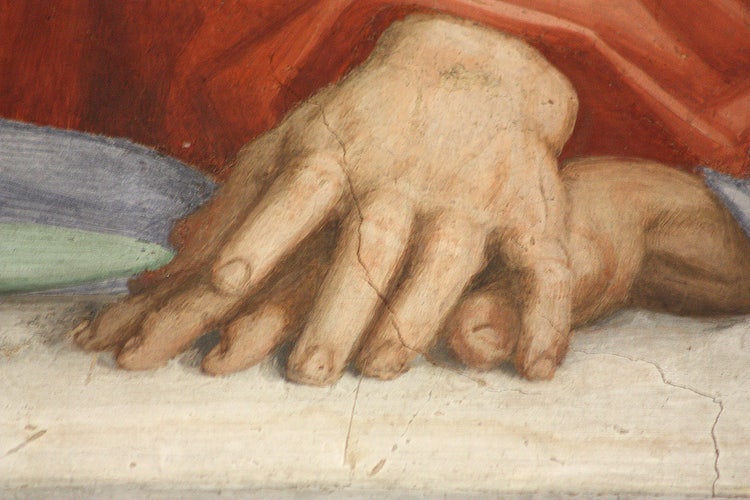 For this scene, we are lucky that numerous preparatory sketches have been conserved so that we can see how the poses were accurately studied. Many of them depict the anatomy of hands and feet, which means they were particularly attentive in getting them correct . Most of these original drawings are now conserved in the Cabinet of Prints and Drawings at the Uffizi Gallery, but there are several reproductions in the room nearby to be able to compare the study with the actual painting. However, the aspects of the Last Supper which will remain with you are how it is impeccably designed, with the perfectly draping clothes and tablecloth and bright colors seeming like it was just painted a few years ago. 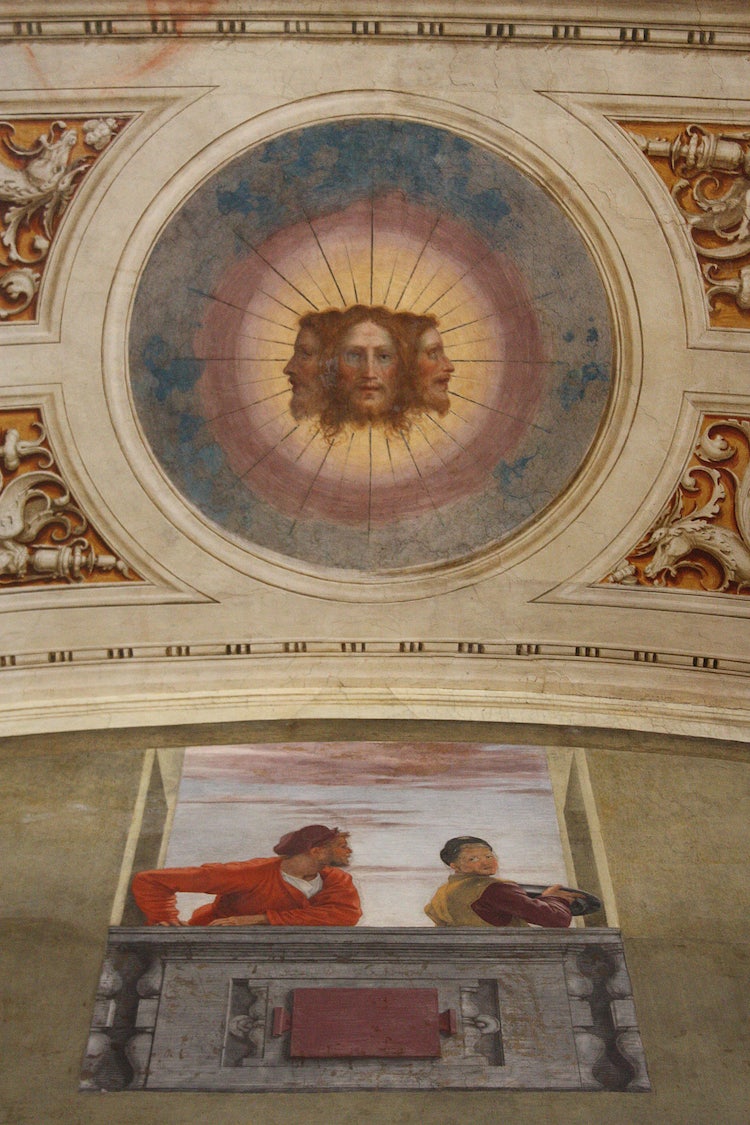 It is really surprising that the fresco in the refectory survived the siege of Florence of 1529-1530 as the adjoining church was largely destroyed. But it seems that the surrounding Imperial forces of Emperor Charles V were so fascinated by its modernity and beuaty that they intentionally preserved it from destruction. Shortly thereafter, in 1534, the convent was converted into a nunnery with a rigid closure to the outside world, thus the fresco painting was hidden and forgotten until the nineteenth century when the convent was suppressed.

One of the most unique parts of this Cenacolo is located above the Last Supper scene: the artist painted a perfectly foreshortened balcony where two characters, surrounded by the light of sunset, are actually looking in on the Last Supper. It is a separate scene, with one of the figures holding a tray, while the other peeks down the balcony but turns his gaze over his shoulder to the servant.

The colors are still vivid and bright with unusual iridescent effects reminding you of shantung silk: purple, orange, turquoise and green on Judah’s soft clothes. The skillful use of light and shade gives the fabrics the idea of movement and adds plasticity to each figure.

In the tradition of the Florentine Cenacoli, Andrea del Sarto’s fresco painting is rightfully considered the highest achievement of a process which started in the mid-fourteenth century. We are lucky that today everyone can admire this masterpiece in one of the least crowded corners of the town, a true must-see for those who love to go off-the-beaten track and take their time to explore hidden gems like this in Florence. It's also free to visit, so we highly recommend making your way here. 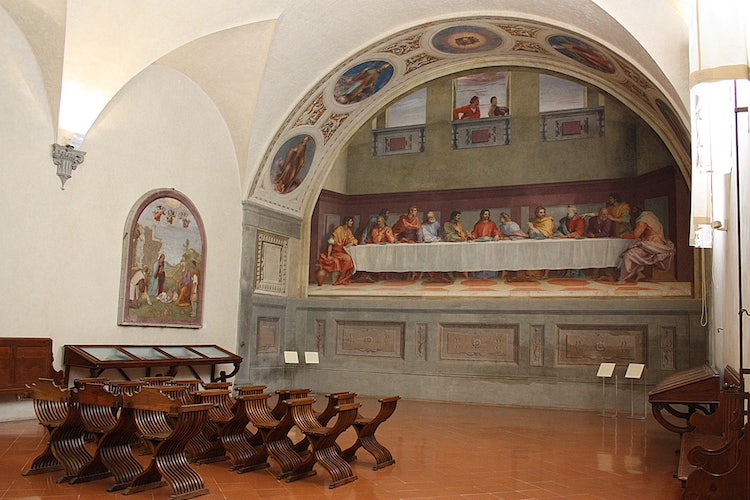 By the way…even this fabulous museum is free of charge! It's simply stunning.

*** Don't be discouraged when you get there. The gate is always closed. So just ring the bell to have the gate opened for you. ***

Visit all 7 Last Suppers in Florence